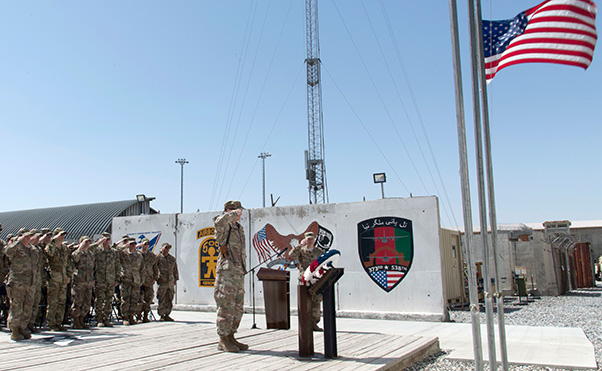 Three years after the Civil War ended, on May 5, 1868, the head of an organization of Union veterans — the Grand Army of the Republic — established Decoration Day as a time for the nation to decorate the graves of the war dead with flowers.

Maj. Gen. John A. Logan declared that Decoration Day should be observed on May 30. It is believed that date was chosen because flowers would be in bloom all over the country.

The first large observance was held that year at Arlington National Cemetery, across the Potomac River from Washington, D.C.
The ceremonies centered around the mourning-draped veranda of the Arlington mansion, once the home of Gen. Robert E. Lee. Various Washington officials, including Gen. and Mrs. Ulysses S. Grant, presided over the ceremonies. After speeches, children from the Soldiers’ and Sailors’ Orphan Home and members of the GAR made their way through the cemetery, strewing flowers on both Union and Confederate graves, reciting prayers and singing hymns.

Local observances claim to be first
Local springtime tributes to the Civil War dead already had been held in various places. One of the first occurred in Columbus, Miss., April 25, 1866, when a group of women visited a cemetery to decorate the graves of Confederate soldiers who had fallen in battle at Shiloh. Nearby were the graves of Union soldiers, neglected because they were the enemy. Disturbed at the sight of the bare graves, the women placed some of their flowers on those graves, as well. 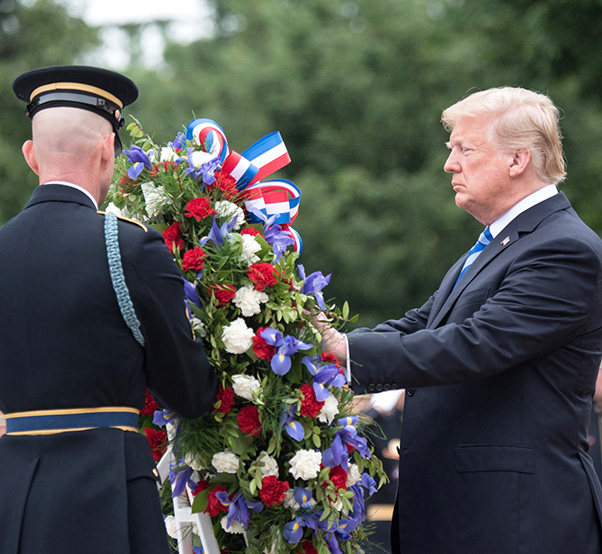 Today, cities in the North and the South claim to be the birthplace of Memorial Day in 1866. Both Macon and Columbus, Ga., claim the title, as well as Richmond, Va. The village of Boalsburg, Penn., claims it began there two years earlier. A stone in a Carbondale, Ill., cemetery carries the statement that the first Decoration Day ceremony took place there on April 29, 1866. Carbondale was the wartime home of Gen. Logan. Approximately 25 places have been named in connection with the origin of Memorial Day, many of them in the South where most of the war dead were buried.

Official birthplace declared
In 1966, Congress and President Lyndon Johnson declared Waterloo, N.Y., the “birthplace” of Memorial Day. There, a ceremony on May 5, 1866, honored local veterans who had fought in the Civil War. Businesses closed and residents flew flags at half-staff.

Supporters of Waterloo’s claim say earlier observances in other places were either informal, not community-wide or one-time events.

By the end of the 19th century, Memorial Day ceremonies were being held on May 30 throughout the nation. State legislatures passed proclamations designating the day, and the Army and Navy adopted regulations for proper observance at their facilities.

It was not until after World War I, however, that the day was expanded to honor those who have died in all American wars.

In 1971, Memorial Day was declared a national holiday by an act of Congress, though it is still often called Decoration Day. It was then also placed on the last Monday in May, as were some other federal holidays. 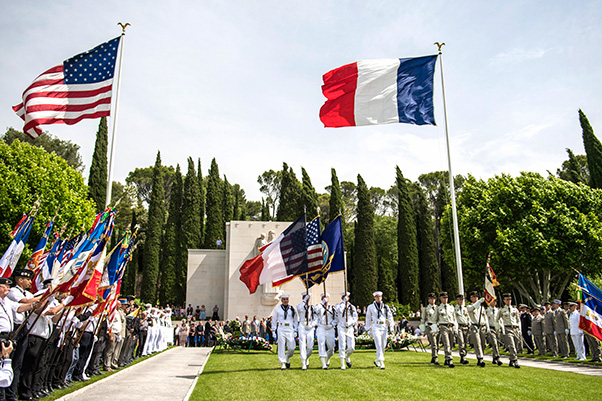 Members of the U.S. Naval Hospital, Naples color guard participate in a Memorial Day ceremony at Rhone American Cemetery, Draguignan, France, May 27, 2018. The ceremony was in remembrance of the service members who fought and died to liberate southern France during World War II.

Some states have Confederate observances
Many Southern states also have their own days for honoring the Confederate dead.

General Logan’s order for his posts to decorate graves in 1868 “with the choicest flowers of springtime” urged: “We should guard their graves with sacred vigilance … Let pleasant paths invite the coming and going of reverent visitors and fond mourners. Let no neglect, no ravages of time, testify to the present or to the coming generations that we have forgotten as a people the cost of a free and undivided republic.”

The crowd attending the first Memorial Day ceremony at Arlington National Cemetery was approximately the same size as those that attend today’s observance, about 5,000 people. Then, as now, small American flags were placed on each grave — a tradition followed at many national cemeteries today.

In recent years, the custom has grown in many families to decorate the graves of all departed loved ones. 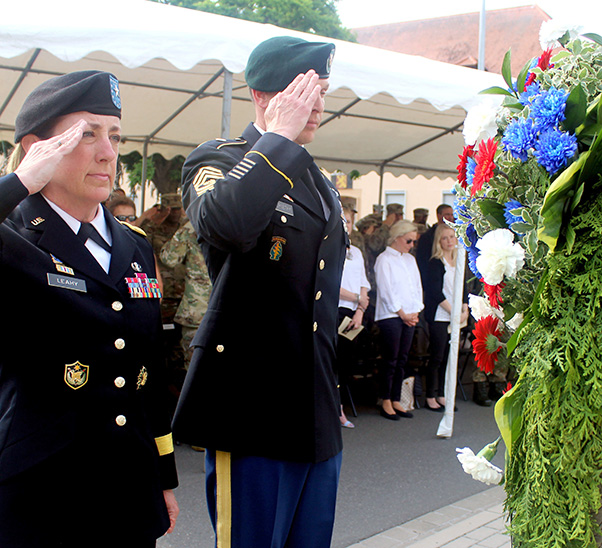 Army Brig. Gen. Kate Leahy, deputy commanding general for Mobilization and Reserve Affairs of U.S. Army Europe, and Command Sgt. Major Robert Abernethy, USAREUR senior enlisted advisor, render salutes during a Memorial Day ceremony at Lucius D. Clay Kaserne, Wiesbaden, Germany on May 24, 2018. The ceremony was conducted to honor and remember those who have given their lives while serving in uniform.

The origins of special services to honor those who die in war can be found in antiquity. The Athenian leader Pericles offered a tribute to the fallen heroes of the Peloponnesian War over 24 centuries ago that could be applied today to the 1.1 million Americans who have died in the nation’s wars: “Not only are they commemorated by columns and inscriptions, but there dwells also an unwritten memorial of them, graven not on stone but in the hearts of men.” 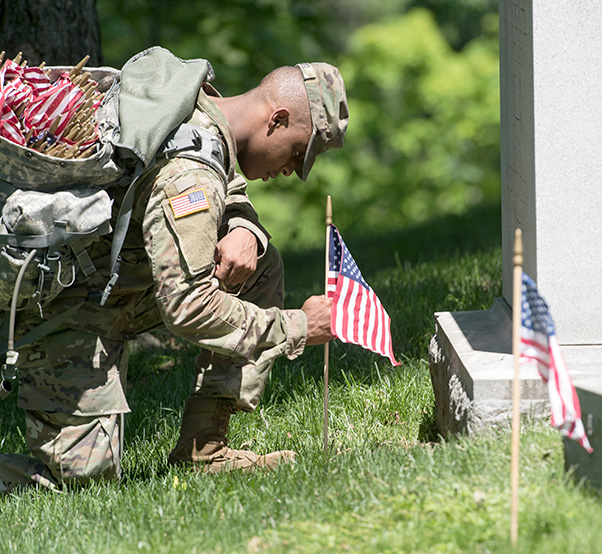 A soldier assigned to the 3rd U.S. Infantry Regiment (The Old Guard), participate in “Flags In” at Arlington National Cemetery in Arlington, Va., May 24, 2018.

The commission’s charter is to “encourage the people of the United States to give something back to their country, which provides them so much freedom and opportunity” by encouraging and coordinating commemorations in the United States of Memorial Day and the National Moment of Remembrance. 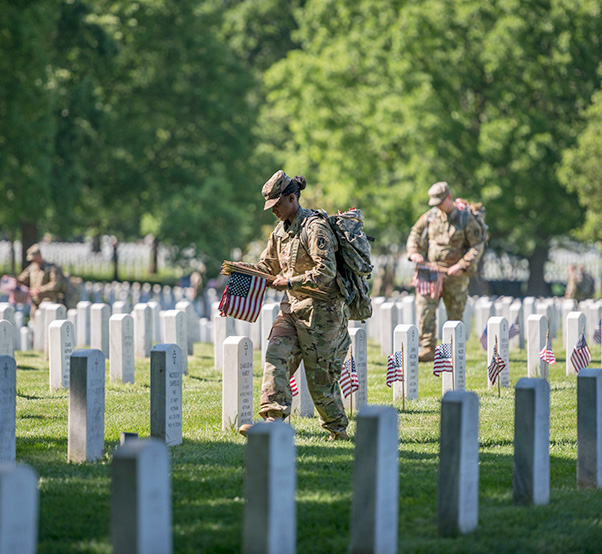 Soldiers assigned to the 3rd U.S. Infantry Regiment, known as “The Old Guard,” place American flags in front of headstones during “Flags In” at Arlington National Cemetery in Arlington, Va., May 24, 2018.