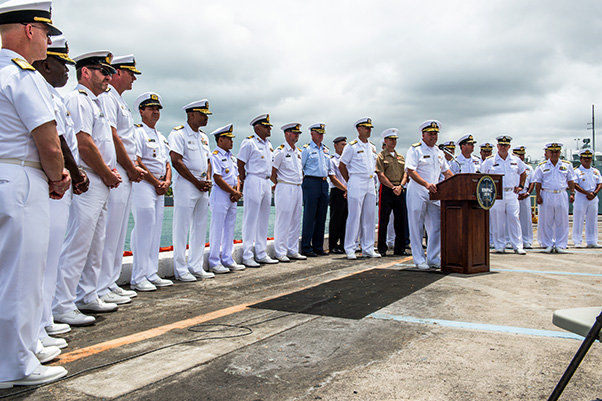 Vice Adm. John D. Alexander, commander of U.S. 3rd Fleet, and multi-national participants, answer questions about the 2018 Rim of the Pacific (RIMPAC) exercise during a press conference on Joint Base Pearl Harbor-Hickam. Twenty-five nations, with more than 45 ships and submarines, about 200 aircraft and 25,000 people are participating in RIMPAC from June 27 to Aug. 2 in and around the Hawaiian Islands and Southern California. The world’s largest international maritime exercise, RIMPAC provides a unique training opportunity while fostering and sustaining cooperative relationships among participants critical to ensuring the safety of sea lanes and security of the world’s oceans. RIMPAC 2018 is the 26th exercise in the series that began in 1971.

Twenty-five nations, more than 45 surface ships and submarines, 17 national land forces, and more than 200 aircraft and 25,000 personnel are taking part in a unique training opportunity designed to foster and sustain cooperative relationships that are critical to ensuring the safety of sea lanes and security on the world’s interconnected oceans. RIMPAC 2018 is the 26th exercise in a series that began in 1971.

“RIMPAC is not only the world’s largest international maritime exercise, it also shows that like-minded nations who value a free and open Indo-Pacific want this opportunity to improve our cooperation with each other,” said Aquilino.

The theme of RIMPAC 2018 is “Capable, Adaptive, Partners.” Participating nations and forces will exercise a wide range of capabilities and demonstrate the inherent flexibility of maritime forces. These capabilities range from disaster relief and maritime security operations to sea control and complex warfighting. The relevant, realistic training program includes gunnery, missile, anti-submarine, and air defense exercises, as well as amphibious, counter-piracy, mine clearance, explosive ordnance disposal, diving, and salvage operations.

Alexander emphasized the importance of building relationships among international maritime partners by conducting exercises such as RIMPAC.

“We are all maritime nations,” said Alexander. “We all prosper through trade and the majority of the trade goes through the Indo-Pacific region.” 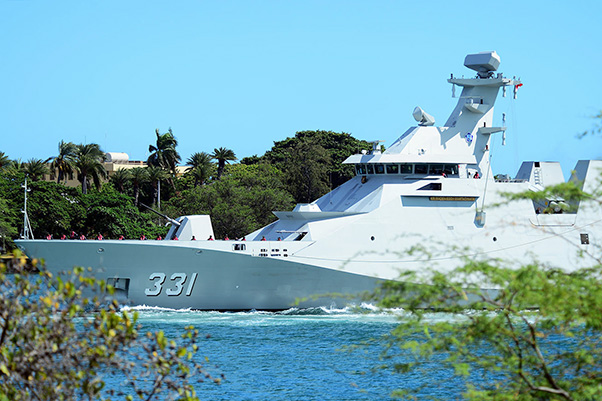 Republic of Indonesia Navy guided-missile frigate KRI Martadinata (331) arrives at Joint Base Pearl Harbor-Hickam in preparation for Rim of the Pacific (RIMPAC) exercise.

This is an opportunity to build relationships ahead of a crisis, he said. This enables us to call our friends, partners and allies to work together to provide disaster relief, combat piracy, or a wide range of maritime contingency operations.

“There are different uniforms, different faces, and different cultures, but we share a common purpose here at RIMPAC,” Aquilino said. “I want to thank all the participating nations for sending forces to be a part of RIMPAC. The ships, aircraft and personnel have come a long way, and they represent a significant investment by their countries. Those countries are investing in the security and stability in this maritime region that has allowed all nations to enjoy unprecedented prosperity for decades.” 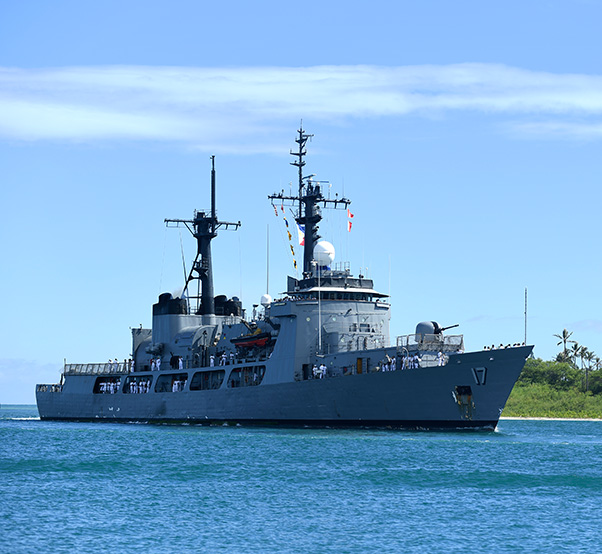 Israel, Sri Lanka, and Vietnam are participating in RIMPAC for the first time. Additional firsts include New Zealand serving as Sea Combat Commander and Chile serving as Combined Force Maritime Component Commander, the latter being the first time a non-founding RIMPAC nation will hold a component commander leadership position. The exercise will feature live firing of a long range anti-ship missile (LRASM) from a U.S. Air Force aircraft, surface to ship missiles fired by the Japan Ground Self-Defense Force, and a Naval Strike Missile (NSM) fired from a launcher on the back of a Palletized Load System (PLS) by the U.S. Army. This year marks the first time a land-based unit will participate in the RIMPAC live-fire event. RIMPAC 2018 will also include international band engagements and highlight fleet innovation during an Innovation Fair.

Additionally, U.S. 3rd Fleet’s command center will relocate from San Diego to Pearl Harbor to support command and control of 3rd Fleet forces in its area of responsibility for the first time since RIMPAC 2002.

This robust constellation of allies and partners support sustained and favorable regional balances of power that safeguard security, prosperity, and the free and open international order. RIMPAC 2018 contributes to the increased lethality, resiliency, and agility needed by the Joint and Combined Force to deter and defeat aggression by major powers across all domains and levels of conflict. 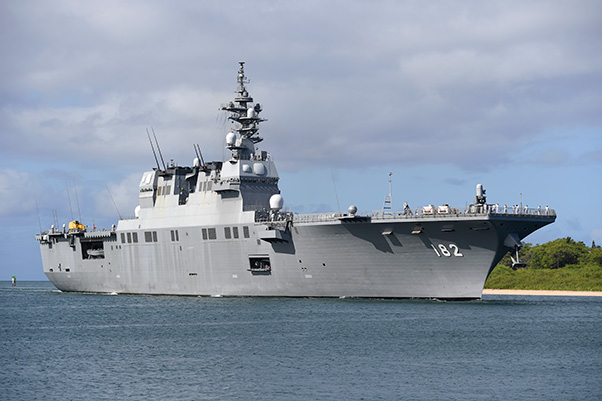 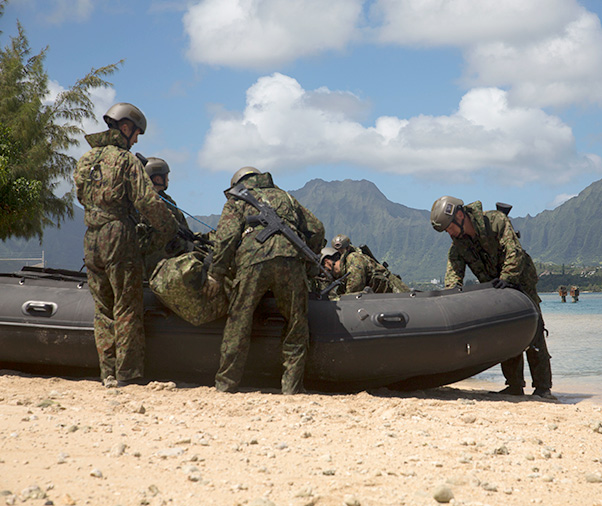 Australian soldiers inspect their combat rubber raiding craft during helo-cast drills as part of Rim of the Pacific (RIMPAC) exercise on Marine Corps Base Hawaii June 29, 2018. The helo-cast training is meant to prepare the service members for an amphibious insertion during RIMPAC. RIMPAC provides high-value training for task-organized, highly-capable Marine Air-Ground Task Force and enhances the critical crisis response capability of U.S. Marines in the Pacific. 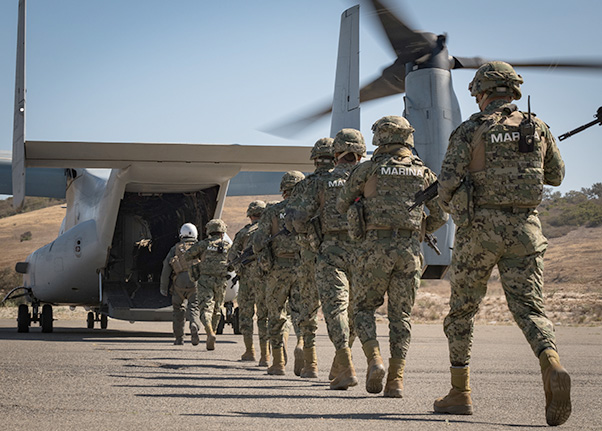 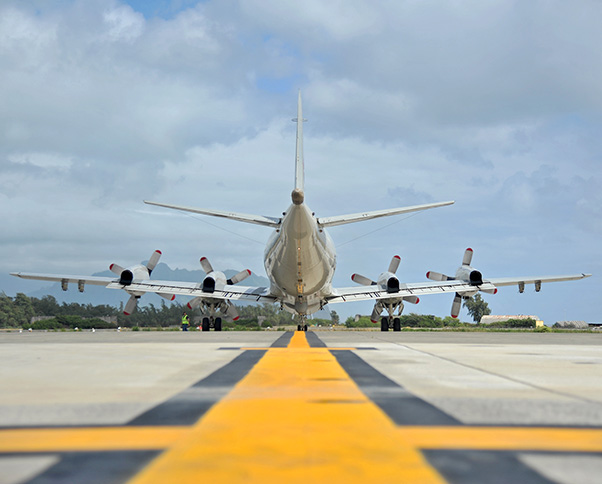 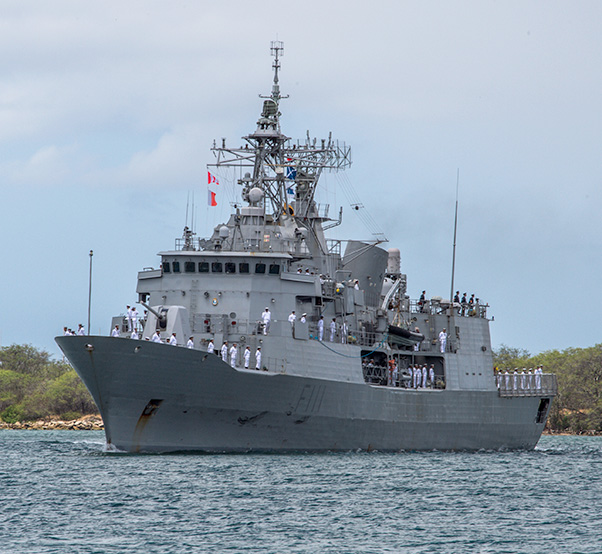