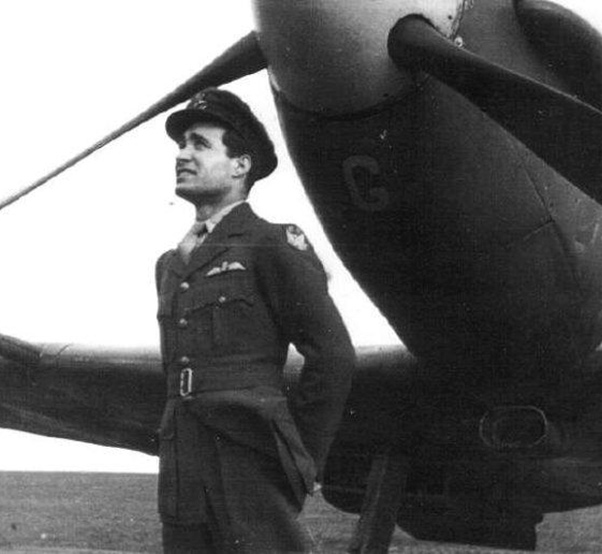 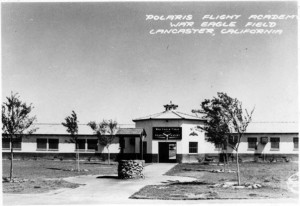 Of the many people I have met in my life, not one has quite the story that Steve Pisanos has — full of twists and turns, the tale of a poor boy from Athens, Greece and his desire to become a pilot and a U.S. citizen.

As a young boy in Greece, Steve’s first real taste of flight came from the Howard Hughes movie Hells Angels, featuring the exploits of the actor Ben Lyons, who played a key role in the movie and was also a British citizen. The strange connection, unseen at the time, was that Steve would interact with many players in this movie over his life, including Howard Hughes and Ben Lyons, and would himself travel to the area that was used for filming the epic World War I movie of combat in the skies of war-torn Europe.

We will pick up the story after Steve had managed to start flying, in the United States of all places, after a stint as a Greek merchant ship seamen. He sailed here in 1938. In 1941 he managed to get his private pilot’s license and found a home with the 71st squadron of the Royal Air Force, gaining a chance to learn and fly with the very best. From there, he was given the opportunity to make a trip to California as a member of the Eagle Squadron — a chance to train in America and become an accomplished fighter pilot. The Eagle Squadron was made up of non-British citizens who were flying and fighting with the RAF against the German air force and, via the lend-lease agreement between Britain and America, would come here to train under the control of the civilian-run flight schools in America. 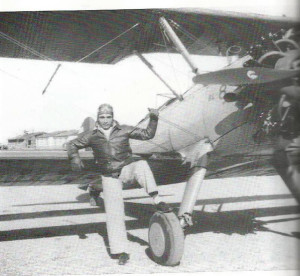 Arriving at a little shack at Grand Central Glendale, Steve was introduced to the rigors of flight training with the newly formed 16th Eagle Squadron, at Polaris Flight Academy in Glendale, Calif. The day came when Steve, flying in a PT-13 Stearman over the San Fernando Valley, landed to find that America was now at war. It was Dec. 7, 1941.

The bus came to a stop, doors opened, and the 16th Eagle Squadron pilots walked down the sidewalk and past the wishing well at the now-relocated Polaris Flight Academy at War Eagle Field in Lancaster, Calif. The move was due to the anticipated attack on the West Coast and invasion of the Japanese; the crowded skies over the valleys surrounding Los Angeles, and the complaints from citizens about the constant racket of flight operations at all hours of the day and night over their homes.

Steve honed his skills in the skies over the Antelope Valley, learning aerobatics, formation flying and combat techniques, all the while hitting the books learning everything from navigation and weather to mechanics and communications. He progressed from the bi-wing Stearman to the BT-13 Vultee and finally the North American AT-6. On weekends, he could be found with his classmates at Antelope Valley High School playing pickup games of basketball with the local all-star team. Steve also spoke of chasing coyotes across the desertscape and dodging amongst the Joshua trees. After a compressed training program, thanks to America’s entry into the war, Steve and a couple of his classmates boarded the Union Pacific Challenger in Los Angeles and headed off to New York, where a boat ride across the Atlantic would put him in the thick of combat in Europe. These experiences in America had the young Greek thinking that someday the dream of becoming an American citizen would be a high on his list of priorities. Little did he know that the war in Europe would make it possible for that dream come true sooner rather than later. 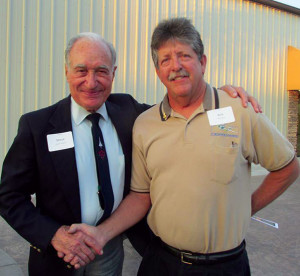 Steve Pisanos and Bob Alvis at the “Taste Of Flight,” the Planes Of Fame Air Museum in Chino, Calif.

When Steve arrived in Albany around midnight, he encountered his first challenge as a Greek national. He and the other pilots getting ready to travel to England were confronted by uniformed U.S. Immigration officers. Standing at the front of the rail car, the officer announced, “Gentlemen, your nationality please and where are you bound for?” Fearing his response and the fact they were all traveling in non-military attire, Steve’s heart began pounding and he began to really worry. Time after time his friends responded “U.S. citizen,” backed up with a passport. Franticly he was thinking the only ID he had was an American issued drivers’ license. He wondered if this was the end of a long journey and the start of a long delay. As the officer looked at him, he responded, “I am a Greek national traveling with the group.” K.D Peterson intervened and said, “We are all pilots who have joined the RAF, and are traveling under military orders on our way to England.” The officer replied with a smile, “You boys are going to be flying Spitfires? I wish I was going with you.” He bid them farewell and good luck and closed the door to their compartment. The war was just over the ocean and the very serious business of flying combat was waiting. For Steve Pisanos, it would define his life as a very accomplished pilot and a unique individual who became the very first American citizen under an un-ordinary situation in England.

Next issue, in part two, Steve, Walter Cronkite and Edward R Murrow all come together for an incredible story and a chance meeting with a childhood hero. The young man who walked our streets and flew in our skies was becoming a legend; and the empty shell of our once-great War Eagle Field here in Lancaster shows us once again the greatness of the location that was the home of the very best who served around the world in the skies of World War II.