The deployment is part of the Enhanced Air Cooperation (EAC) under the Force Posture Initiative between the United States and Australia.

“Enhanced Air Cooperation represents the enduring strength of our U.S.-Australian alliance and continued commitment to the regional security and stability in the Indo-Pacific region,” said U.S. Air Force Maj. Gen. Stephen C. Williams, director of air and cyberspace operations, Headquarters Pacific Air Forces. “This B-52 deployment to RAAF Base Darwin provides another valuable opportunity for U.S. and Australian Airmen to train together to further promote interoperability and prepare for the challenges of the future.” 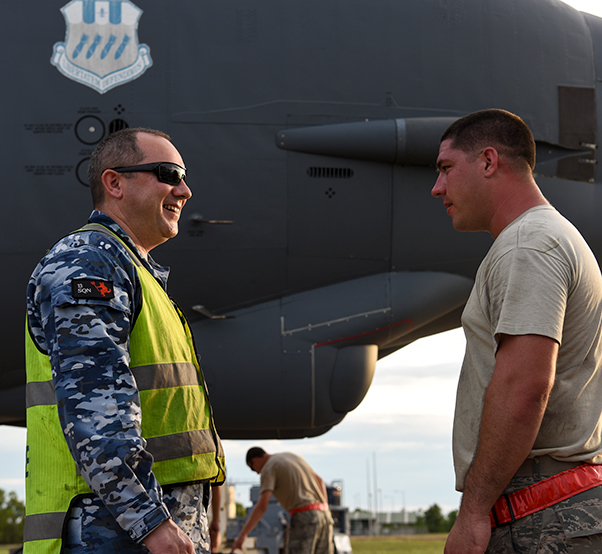 While at RAAF Base Darwin, the detachment, alongside their RAAF counterparts, will provide support to a wide range of exercises and training activities.

Through this EAC initiative and the continued enhancement of the RAAF facilities, Pacific Air Forces and the RAAF continue to build upon their individual and combined capabilities, advancing interoperability between the nations.

Other aircraft participating in the EAC event include RAAF F/A-18 Super Hornets.

Enhancing the ability to conduct joint and combined missions from northern Australia is an integral part of the Force Posture Agreement and contributes greatly to regional security, stability and combined readiness.