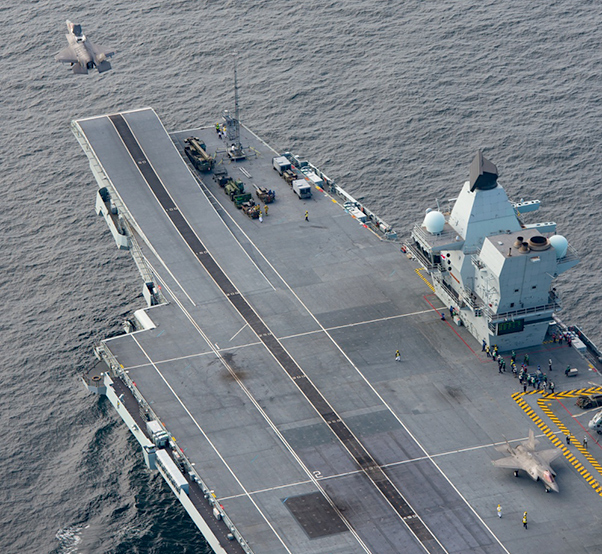 F-35 Lightning jets from the Pax River Integrated Test Force left HMS Queen Elizabeth, Nov. 19, 2018, after eight weeks flying on and off the 65,000-tonne warship, helping to write the ‘operator’s manual’ so the jets can fly from her deck on front-line operations.

The success of the Westlant 18 deployment – which has also included a very high-profile visit to New York – allows the Portsmouth-based ship to move on to operational trials next year with British-owned F-35s flown by Naval and Air Force aviators based at RAF Marham.

Since then they have performed 200 short take-offs, 187 vertical landings, and 15 ‘rolling’ landings – a technique unique to the UK which allows a Lightning to return to the carrier with a heavier payload – and dropped 54 dummy bombs into the Atlantic.

“This has been one of the most comprehensive flight trials at sea ever conducted,” said Royal Air Force Squadron Leader Andy Edgell, FOCFT (FW) lead test pilot with the F-35 Pax River ITF. “I am very proud to have professionally executed every aspect of this trial and deliver for the UK a capability that can be exploited for years to come.” 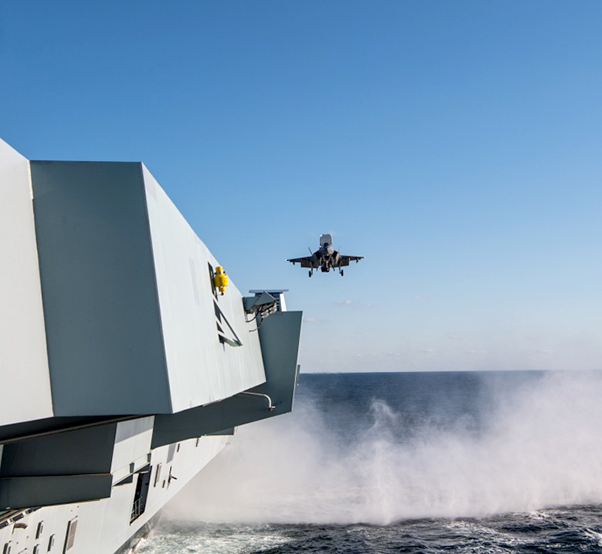 Royal Navy Commander Nathan Gray, test pilot at the F-35 Pax River ITF and the first person to land a jet on HMS Queen Elizabeth, added: “It has been phenomenal to get through a high profile with such success. This is due to the skills of the designers of both the F-35 and the ship herself. “It is beyond question that without the vision of the Royal Navy and the unfailing support of the ship’s company we would not have achieved what we have done today,” he said. “I am proud to have delivered this future and enduring operational capability.”

Weapons experts loaded various configurations of bombs and missiles on to the Lightnings, making use of HMS Queen Elizabeth’s unique automated munitions magazine.

ITF scientists recorded masses of data from the ship and the jets; that data will determine the limits (weather, humidity, pitch and roll of the ship, aircraft weight) at which the Lightnings can safely launch from and land back on HMS Queen Elizabeth and her sister Prince of Wales.

“It goes without saying that this was a phenomenally successful shipboard detachment,” said Andrew Maack, F-35 Pax River ITF Chief Test Engineer and Site Director. “I could not be more proud of the collective team effort between the ITF and the HMS Queen Elizabeth crew to make this happen.”

U.K. Captain Nick Cooke Priest, HMS Queen Elizabeth’s new Commanding Officer who was in command for the second phase of this current set of F-35 trials said this autumn’s trials had marked “a significant milestone on the Royal Navy’s journey back to big deck carrier operations.” 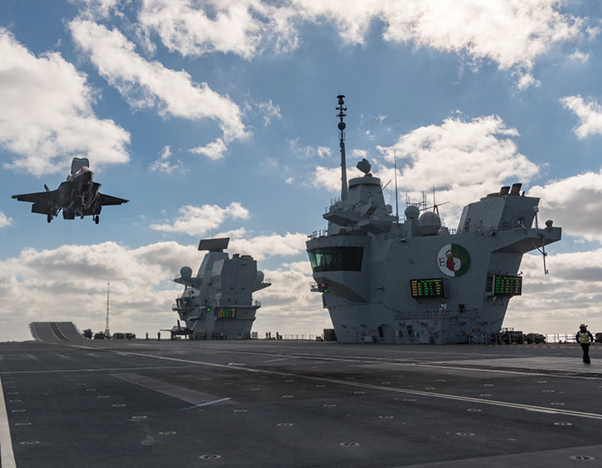 “The schedule has been busy and challenging and the results have eclipsed the aspiration; this success is largely due to the exceptional relationship that exists between the ship and her embarked staff, and the scientists, engineers and pilots of the F-35 Integrated Test Force, all of whom have shown exceptional professionalism, dedication and drive,” Cooke Priest said.

He continued: “This deployment has however delivered far more than the initial integration of fixed wing aircraft with the ship. It has re-introduced the true value that carrier capabilities bring to the UK and her allies, it has deepened our relationship with our closest ally, demonstrated our nation’s engineering prowess and cemented our commitment to the future as a global navy.”

The carrier is now spending time in Norfolk, Virginia, offloading the ITF team and their equipment before heading back to Portsmouth in time for Christmas.

She will come home, said U.K. Carrier Strike Group Commander Commodore Michael Utley, with a real buzz on board. 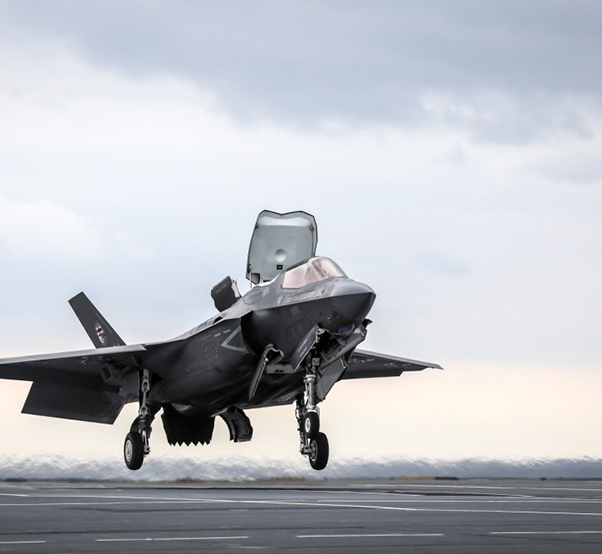 The first F-35B shipborne rolling vertical landing was carried out Oct. 13, 2018, by the Pax River ITF conducting trials onboard the new British aircraft carrier, HMS Queen Elizabeth (R08). The UK is the only nation currently planning to use the maneuver, which will allow jets to land onboard with heavier loads.