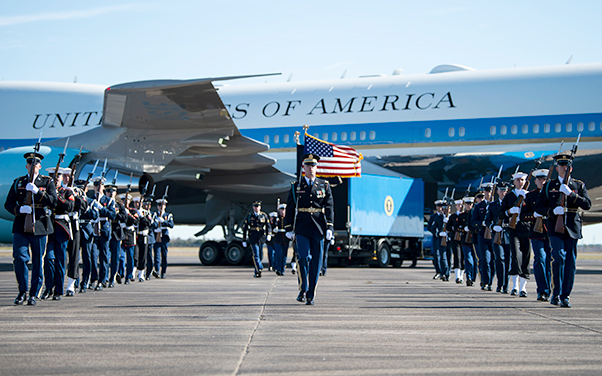 The 89th Airlift Wing, based at Joint Base Andrews, Md., will conduct a tribute flight in honor of former President George H. W. Bush with an Air Force VC-25A, over the interment site at College Station, Texas, at 3:55 p.m., CST, on Dec. 5.

The Boeing 747 aircraft is one of two VC-25As assigned to the Presidential Airlift Group, 89th Airlift Wing. When the President of the United States is onboard the VC-25A, it is commonly referred to as “Air Force One.” For the mission supporting the state funeral, the aircraft call sign is Special Airlift Mission 41, in honor of the 41st president of the United States.