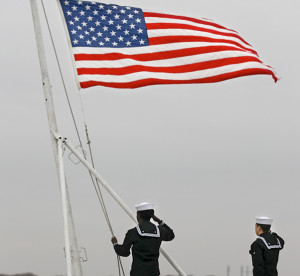 Among America’s few seafaring presidents, former President George H.W. Bush passed away Nov. 30 at his Houston, Texas home at the age of 94.

“Today, I join the Navy-Marine Corps team, our Nation, and the world in mourning the loss of President George H. W. Bush. Navy Pilot. Congressman. Ambassador to the United Nations. CIA Director. Vice President. President. Father. Husband,” Secretary of the Navy Richard Spencer said in a statement from Washington. “To paraphrase his own words, President Bush’s life is a shining example of service ‘like a thousand points of light in a broad and peaceful sky.’ I offer my deepest condolences to the Bush family, their friends, loved ones, and all who had the privilege of knowing President H. W. Bush.”

Bush enlisted in the US Naval Reserve June 13, 1942 on his 18th birthday after the attack on Pearl Harbor in December 1941. He had preflight training at the University of North Carolina at Chapel Hill and became one of the youngest naval aviators. He was commissioned as an ensign in the US Naval Reserve June 9, 1943, days before his 19th birthday.

Bush was assigned to Torpedo Squadron (VT-51) as photographic officer in September 1943. As part of Air Group 51, his squadron was based on USS San Jacinto, part of Task Force 58 which participated in operations against Marcus and Wake Islands in May, and then in the Marianas during June 1944. The task force triumphed in one of the largest air battles of the war. Returning from the mission, his aircraft had to make a forced water landing, and then rescued by the destroyer, USS Clarence K. Bronson. On July 25, Ensign Bush and another pilot received credit for sinking a small cargo ship. 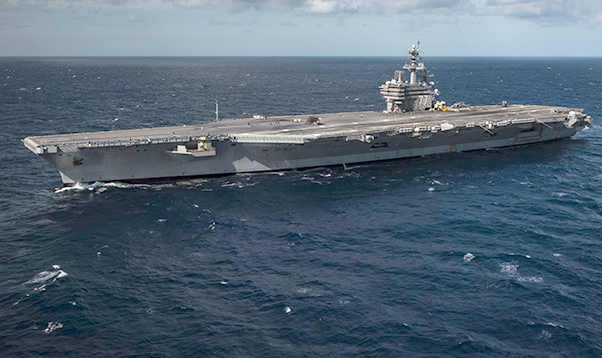 Chief of Naval Operations Adm. John Richardson said in a statement that the country lost “a great leader” and the Navy “a true shipmate.”

“A Statesmen. A Public Servant. A Sailor. The country has lost a great leader and we have lost a true shipmate. He epitomized integrity, accountability, initiative, and toughness in the service of our Nation. A Naval Aviator during WWII, a Congressman, Ambassador to the United Nations, CIA Director, Vice President, President, husband and father. His memory will continue to inspire us through the service of the aircraft carrier bearing his name. USS George H. W. Bush (CVN 77) will continue to deploy around the world, protecting America from attack and securing the freedoms President Bush fought so hard to safeguard. Fair winds and following seas, Mr. President.”

During his service as a Navy pilot, Bush had a hit on his aircraft and was rescued by a submarine. According to Naval History and Heritage Command archives, after Bush was promoted to Lieutenant Junior Grade Aug. 1, San Jacinto commenced operations against the Japanese in the Bonin Islands, 600 miles south of Japan. Bush piloted one of four aircraft from VT-51 that attacked the Japanese installations on Chi Chi Jima in Sept. 1944. Although Bush’s aircraft was hit and his engine caught fire during the attack, he was able to complete the mission and bail out successfully. He was rescued by a Navy submarine, the USS Finback. Tragically, his two crew members were killed.

Naval History and Heritage Command archives also state that Bush returned to San Jacinto in November 1944 and participated in operations in the Philippines. When San Jacinto returned to Guam, the squadron, which had suffered 50 percent casualties of its pilots, was replaced and sent to the United States. Throughout 1944, Bush had flown 58 combat missions for which he received the Distinguished Flying Cross, three Air Medals, and the Presidential Unit Citation awarded San Jacinto. 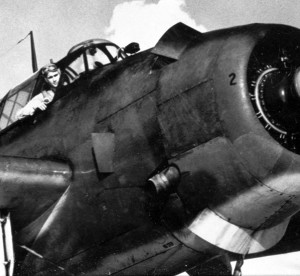 Bush was reassigned to Norfolk and put in a training wing for new torpedo pilots. Later, he was assigned as a naval aviator in a new torpedo squadron, VT-153. With the surrender of Japan, he was honorably discharged in September 1945, and then he entered Yale University.

A social media message from USS George H. W. Bush (CVN 77), an aircraft carrier named for Bush and commissioned Jan. 10, 2009, read:
“Avengers, it is with a heavy heart we join the nation in mourning the passing of our namesake and 41st President, George H.W. Bush. A World War II Navy pilot, statesman, and loving father, he is a true example of selfless service to the country, and his legacy will remain a guiding light to all those who serve aboard our great ship that bears his name. In this time of sorrow, we are reminded of one of his life long principles, “Ceiling and Visibility Unlimited,” or CAVU, which as the president described, is meant to wish the best of weather and unlimited possibilities in one’s own life. We will forever honor his memory by carrying on his legacy of service. Fair winds and following seas, Mr. President.”

From the Pacific skies during World War II to the Oval Office at the fall of the Berlin Wall, Bush was most remembered for his successful offensive against Iraqi dictator Saddam Hussein’s 1990 invasion of its oil-rich neighbor Kuwait. At the end of Operation Desert Storm, Bush’s approval ratings skyrocketed.

In 1990, Time magazine named him the Man of the Year. In 1991, the U.S. Navy Memorial Foundation awarded Bush its Lone Sailor award for his naval and subsequent government service. 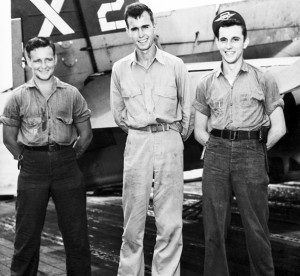 After his Yale graduation, Bush had worked in oil industry in Texas. Following an unsuccessful bid for a Senate seat in 1964, he was elected to the U.S. House of Representatives in 1966 from Texas’ 7th District. He was reelected to the House two years later without opposition.

He held a number of important leadership positions in the 1970s. In 1971, he was named U.S. Ambassador to the United Nations. He served there until 1973, when he became Chairman of the Republican National Committee. In 1976, he was appointed Director of the Central Intelligence Agency.

In 1980, Ronald Reagan selected George Bush to be his running mate, and Bush was sworn in for the first of two terms as Vice President in 1981.

Seven years later, Bush became his Republican Party’s nominee and the American people’s choice to be the President of the United States. Serving from 1989 to 1993, Bush and his wife, Barbara, who died in April 2018, remained prominent public figures.

George H.W. Bush had expressed the meaning of the Navy for him in an address aboard USS George H.W. Bush (CVN 77):
“My Navy days taught me the true meaning of friendship and of freedom. And looking back, I love my time serving in the Navy, the three years, aboard the San Jacinto, CVL 30, flying in Torpedo Squadron 51. And they made a man out of a scared kid.”