FTI-03 consisted of an IRBM target, air-launched by a U.S. Air Force C-17 from the broad ocean area thousands of miles southwest of the Aegis Ashore Test site that launched the SM-3 Block IIA Interceptor. The engagement leveraged a ground, air and space-based sensor/command and control architecture linked by the Ballistic Missile Defense System’s Command and Control, Battle Management, and Communications suite.

“Today’s successful flight test demonstrated the effectiveness of the European Phased Adaptive Approach Phase 3 architecture. It also was of great significance to the future of multi-domain missile defense operations and supports a critical initial production acquisition milestone for the SM-3 Block IIA missile program,” said MDA Director Lt. Gen. Sam Greaves. “This system is designed to defend the United States, its deployed forces, allies, and friends from a real and growing ballistic missile threat. I offer my congratulations to all members of the team, military, civilian, contractors and allies who helped make this possible.”

Based on preliminary data, the test met its objective, and program officials will continue to evaluate system performance based upon telemetry and other data obtained during the test. 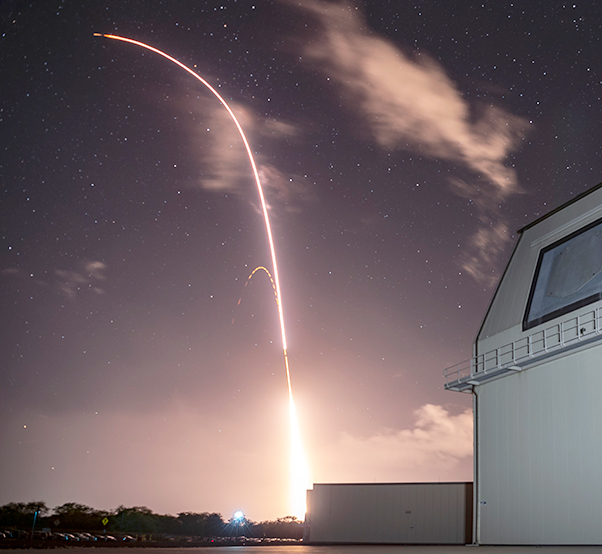 A Standard Missile (SM) 3 Block IIA is launched from the Aegis Ashore Missile Defense Test Complex at the Pacific Missile Range Facility at Kauai, Hawaii, Dec. 10, 2018, to successfully intercept an intermediate-range ballistic missile target in space. This is the third successful intercept out of five intercept tests for the SM-3 Block IIA missile. Aegis Ashore stations in Poland and Romania, as well as a future site in Japan, will be equipped with the SM-3 Block IIA missiles to strengthen America’s short- and intermediate-range missile defense strategy.