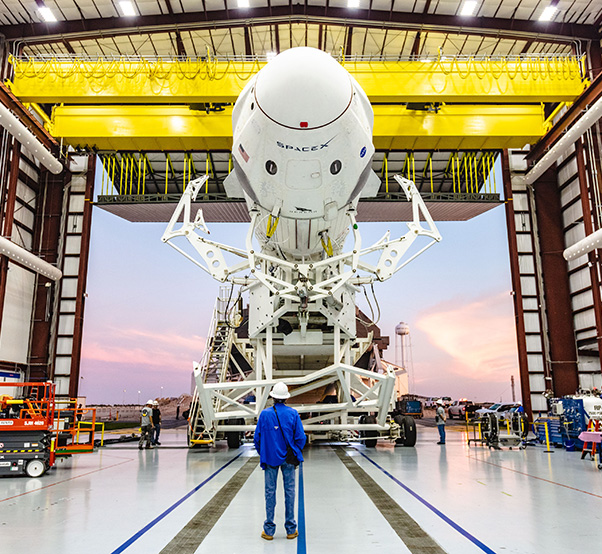 A SpaceX Falcon 9 rocket with the company’s Crew Dragon attached, rolls out of the company’s hangar at NASA Kennedy Space Center’s Launch Complex 39A on Jan. 3, 2019. The rocket will undergo checkouts prior to the liftoff of Demo-1, the inaugural flight of one of the spacecraft designed to take NASA astronauts to and from the International Space Station. NASA has worked with SpaceX and Boeing in developing Commercial Crew Program spacecraft to facilitate new human spaceflight systems launching from U.S. soil with the goal of safe, reliable and cost-effective access to low-Earth orbit destinations such as the space station.