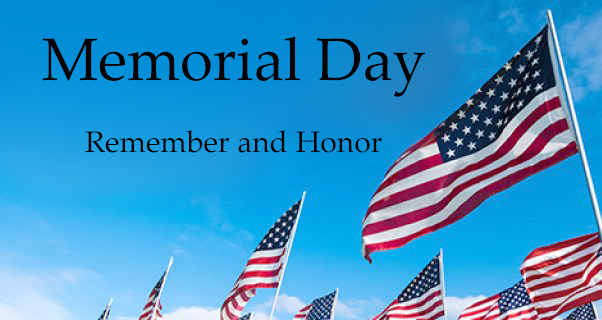 Desert Lawn Memorial Park (2200 E. Avenue S, Palmdale), hosts its annual Memorial Day ceremony at 11 a.m.
The ceremony will include the raising of the colors and Pledge of Allegiance, invocation and benediction, National Anthem, Table of Honor Ceremony, laying of wreaths and a salute to veterans. The ceremony will conclude with taps by a member of the Palmdale Veterans Honor Guard.

Lancaster Cemetery hosts a Memorial Day Ceremony at 9 a.m., May 27 at the Veterans Court of Honor.
The cemetery is located at 111 E. Lancaster Boulevard.
The ceremony includes placing of memorial wreaths, and a bell ceremony. The keynote speaker will be Dennis Anderson, a U.S. Army veteran.

Mojave Cemetery – beginning at 11 a.m., May 27, Steve Ericson, director of Advanced Design at The Spaceship Company, will share the story of 95-year-old father who lives in Kansas and served in World War II in the Battle of the Bulge!
“Dad served during World War II in Europe,” said Ericson. “He landed at Marseille and walked the “Champagne Tour” of France followed by the winter of 1944/1945 in the Ardennes and the “Battle of the Bulge.
“The war ended suddenly for Dad at Berchtesgaden while at the Kehlsteinhaus,” Ericson continued. “He then spent the following year in Austria trying to get his papers back home to Kansas.
Ericson Senior stayed in the Reserves and was recalled during the Korean War.

Tehachapi will mark Memorial day with an event at the Philip Marx Central Park (Mojave and E Street downtown). There will be a guest speaker and laying of the wreaths. The American Legion Auxiliary along with Tomo–Kahni DAR will be providing free hot dogs and drinks. The event starts at 10 a.m.