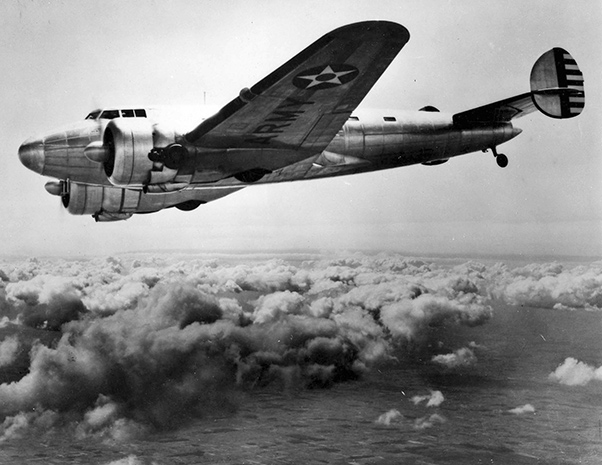 Tucked away in storage back at the Smithsonian’s restoration and long-term storage facility in Washington, D.C., rests an airplane that did more for current day air travel than just about any other aircraft from the days of aviation exploration.

We all know that an “X” designation for an airplane stands for an experimental design. X-planes are built to challenge the unknown and develop new technologies to improve and advance the science of flight in aircraft designs.

The one-off aircraft that sits awaiting an unknown future is responsible for your comfort and ease of travel in today’s modern world, and is probably the very first X-plane to really make a contribution to what we take for granted today in our experience of commercial air travel.

The Lockheed XC-35 was devised in Burbank, Calif., during a time when flight for the public and the military was limited in altitude. There was a time when flying above 12,000 feet was only possible with oxygen masks and warm clothing! Up until 1936, the thought of the public flying at high altitudes was just a fantasy and the engineers at Wright Field were looking to pressurize an aircraft in a manner that would create a hospitable atmosphere in an airplane at altitude. Many ideas were floated about and some of the early thoughts were some kind of pressurized tube or chamber in the cargo hold of an aircraft. But the engineers at Lockheed felt that if a sea plane could be constructed in a manner to make it water tight, that the opposite could be achieved by keeping air in.

The Army Air Corps at the time was struggling with old and outdated aircraft. It was obvious that private sector aircraft manufacturers were worlds ahead in design and development, and in the realization that a pressurized aircraft would soon be a necessity more than a luxury. With a very tight budget during the depression years, the Army Air Corps went looking for the manufacturer that already had an aircraft that would fill the need for a research aircraft.

Lockheed was already producing the very sleek, all metal, semi-monocoque aircraft that the Wright Field engineers felt would be suitable for a pressurized aircraft prototype. Thus, in fiscal year 1936, the Army Air Corps awarded a contract to build a highly modified Lockheed Model 10-E Electra under the Army designation XC-35. 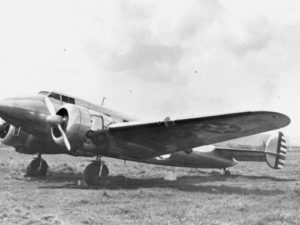 The XC-35 was really just a standard 10-E Electra, but with different engines and fuselage. The flat surfaces of the aircraft were formed into a more rounded configuration that would aid in pressurizing the aircraft and would become the standard for all pressurized aircraft in the following years. The aircraft would be pressurized from the cockpit to a pressure bulkhead just forward of the tail surface attachment point. The cabin had provisions for a crew of six consisting of pilot, co-pilot, radio and pressurization operator plus three observers. A pair of experimental Pratt & Whitney XR-1340-43 WASP turbo super-charged engines powered the XC-35. A thicker all metal skin was used and special attention was paid to seeing that all riveted joints and openings were all sealed for an airtight fit.

We who fly commercially today are very aware of the oxygen masks that deploy when a depressurization takes place, but in the XC-35 all they had were two oxygen bottles that would flood the aircraft with oxygen, along with the hopes that a quick dive to a lower altitude would be enough to save the crew!

The basic aircraft design was to be tested before the pressurized flights would take place, with Lockheed test pilots at the controls. The somewhat rotund XC-35 left the runway at Burbank on May 7, 1937, and headed north over the High Desert to get a feel for its flight characteristics. When the Lockheed test pilots were satisfied with its performance, and after fixing some small design problems, the aircraft was turned over to an Army Air Corps crew that came out from Wright Field to make the official acceptance of the aircraft. The only squawk was about poor visibility from the cockpit, and with a change from a resinoid material to a three-quarter-inch laminated plate glass which greatly increased visibility, the aircraft was poised to make history and change high altitude flying forever.

BUT — the excitement they were about to experience turned into a comic farce, when the pressurization part of the program was to be enacted. That part of the story is best saved for our next installment of Hangar Stories, as running for cover and restraining a renegade engineer during a flight deserves our full focus, so we can understand that not only is the pilot at risk when an X-plane takes to the air, but also those that we would never consider being in harm’s way!

I look forward to bringing you the rest of the story of the amazing XC-35 and, until next time, we will just board our summer vacation flights and not think twice about that round tube we fly in, in comfort and safety in the stratosphere!