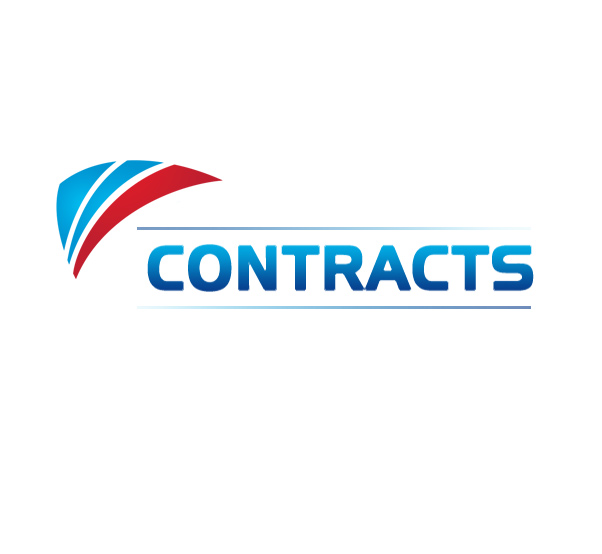 The Boeing Co., Seattle, Wash., is awarded an $89,589,220 cost-plus-fixed-fee indefinite-delivery/indefinite-quantity contract. This contract provides systems and software engineering and sustainment support services, to include analysis, design, implementation, integration, testing, prototyping, prototype installation, and maintenance for development and test laboratory capabilities in support of modernizations and improvements to software and associated hardware capabilities for the P-8A aircraft.  Work will be performed in Seattle, Wash., (78 percent); St. Louis, Mo., (12 percent); and Huntington Beach, Calif., (10 percent), and is expected to be completed in December 2024. No funds will be obligated at the time of award; funds will be obligated on individual orders as they are issued. This contract was not competitively procured pursuant to Federal Acquisition Regulation 6.302-1. The Naval Air Systems Command, Patuxent River, Md., is the contracting activity (N0001921D0010).

Vectrus Systems Corp., Colorado Springs, Colo., is awarded a $13,298,272 firm-fixed-price, indefinite-delivery/indefinite-quantity modification to a task order (N6945021F0504) to exercise Option One under previously-awarded contract N62742-16-D-3552 for base operations support services at Naval Station Guantanamo Bay in the Naval Facilities Engineering Systems Command Southeast area of responsibility. This award brings the total cumulative value of the contract to $39,198,267. Work will be performed in Guantanamo Bay, Cuba, and is expected to be completed by September 2021. No funds will be obligated at time of award. The Naval Facilities Engineering Systems Command Southeast, Jacksonville, Fla., is the contracting activity.

General Dynamics Mission System Inc., Minneapolis, Minn., is awarded a $13,045,351 modification (P00002) to a previously awarded firm-fixed-price, cost-plus-fixed-fee contract (N0042120C0047). This modification exercises an option to upgrade Navy-owned Type 3 Advanced Mission Computers (AMC) with four general purpose processors (GPP) to create a Type 3 extra processor AMC. Additionally, this modification provides for the upgrade of all the Warfare Management Computer A11 Cards with mission system computer equivalent GPPs in support of the Advanced Mission Computer and Displays program. Work will be performed in Minneapolis, Minn., and is expected to be completed in April 2023. Fiscal 2021 aircraft procurement (Navy) funds in the amount of $13,045,351 will be obligated at time of award, none of which will expire at the end of the current fiscal year. The Naval Air Warfare Center, Aircraft Division, Patuxent River, Md., is the contracting activity.

Raytheon Co., El Segundo, Calif., is awarded a $12,419,391 cost-plus-fixed-fee modification (P00090) to a previously awarded contract (N0001916C0002). This modification adds scope to provide repair of repairables support for the Next Generation Jammer system demonstrations’ test article pods.  Work will be performed in Forest, Miss., (60 percent); Dallas, Texas (32 percent); Fort Wayne, Ind., (3 percent); Andover, Mass., (3 percent); and El Segundo, Calif., (2 percent), and is expected to be completed in December 2022. Fiscal 2021 research, development, test and evaluation (Navy) funds in the amount of $1,000,000 will be obligated at time of award, none of which will expire at the end of the current fiscal year. The Naval Air Systems Command, Patuxent River, Md., is the contracting activity.

Leidos Inc., Reston, Va., is awarded a $9,964,864 cost-plus-fixed-fee contract for contractor support to operate and maintain the active and passive sonar systems necessary to provide mobile undersea acoustic surveillance capabilities. Foreign Military Sales funds in the amount of $994,036 will be obligated at the time of award. Funding will not expire at the end of the fiscal year. Work will be performed in Yokohama, Japan (84 percent); Virginia Beach, Va., (15 percent); and Reston, Va., (1 percent). Work is expected to be completed by February 2022. This contract was not competitively procured because it is a sole source acquisition pursuant to the authority of 10 U.S. Code 2304(c)(1) — only one responsible source in accordance with Federal Acquisition Regulation subpart 6.302-1. The Naval Information Warfare Systems Command, San Diego, Calif., is the contracting activity (N00039-21-C-9003).

Lockheed Martin Corp. Rotary and Mission Systems, King of Prussia, Penn., has been awarded a $59,288,190 cost-plus-fixed-fee contract for Joint Air-to-Surface Standoff Missile (JASSM) enterprise software. This contract shall sustain, modernize, and advance JASSM enterprise management software, operational real-time combat analysis systems, synchronize software, provide mission optimization analysis/reporting capabilities, terminal area model automation systems engineering, integration and test, and enhance JASSM advanced training. Work will be performed in King of Prussia, Penn., and is expected to be completed March 21, 2022 for the base year. This award is the result of a sole-source acquisition. Fiscal 2021 and operation and maintenance funds in the amount of $15,668,432 are being obligated at the time of award for the base year. Air Force Life Cycle Management Center, Eglin Air Force Base, Fla., is the contracting activity (FA8682-21-C-0003).

Lockheed Martin Corp., Sunnyvale, Calif., was awarded a $27,132,214 modification (P00010) to contract HR0011-20-C-0028, adding Phase 2 tasks to the previously awarded procurement contract for the Blackjack satellite integration program. During the 15-month Phase 2 baseline program, the Lockheed Martin team will advance its satellite integration approach through critical design review, performing assembly, test, and integration activities on multiple types of commoditized buses, the Blackjack Pit Boss, and various payloads. Lockheed Martin further will provide for the integration of the various Blackjack components into a launch vehicle for on-orbit spacecraft testing. The modification brings the total cumulative face value of the contract to $40,456,057 from $13,323,843. Work will be performed in Sunnyvale, Calif., (80 percent); Denver, Colo., (10 percent) Cape Canaveral, Fla., (8 percent); and San Luis Obispo, Calif., (2 percent), with an expected completion date of July 2022. Fiscal 2021 research and development funds in the amount of $12,664,795 are being obligated at time of award. The Defense Advanced Research Projects Agency, Arlington, Va., is the contracting activity.
U.S. Army

Science Applications International Corp., Reston, Va., was awarded a $10,703,000 modification (0001BG) to contract W31P4Q-18-A-0011 for system optimization engineering and live-virtual modeling to the Counter Vehicle-Borne Improvised Explosive Device and associated force protection systems. Work will be performed in Afghanistan, the United Arab Emirates, and Redstone Arsenal, Ala., with an estimated completion date of March 30, 2022. Fiscal 2020 research, development, test and evaluation, Army funds in the amount of $10,703,000 were obligated at the time of the award. U.S. Army Contracting Command, Redstone Arsenal, Ala., is the contracting activity.