Army Col. James Lamar Stone never thought his leadership during a lopsided and losing battle in Korea was worthy of the Medal of Honor, but others disagreed. When the war ended and he was released from a prisoner-of-war camp, Stone was given the nation’s highest honor for valor.

Stone was born Dec. 27, 1922, in Pine Bluff, Ark., to State and Idell Stone. He and his younger brother, Edward, grew up in Hot Springs, Ark., but they also spent time in Dallas. 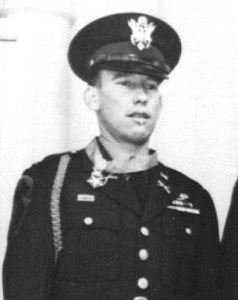 Stone went to the University of Arkansas to study chemistry and zoology, but he also joined ROTC, which he really enjoyed. He married Jane Dickerson during college, and they went on to have two sons. Stone received his bachelor’s degree in 1947 and went to work for General Electric in Houston. In 1948, he was called to active duty and went to train at Fort Ord, Calif.

In March 1951, Stone was deployed to Korea with the 2nd Battalion, 8th Cavalry Regiment, 1st Cavalry Division. As a platoon leader, he alternated between two companies because of the high number of casualties among junior officers at the time. According to the Texas State Historical Association, Stone earned the Silver Star that October for pulling two wounded men to safety after an attack on an enemy machine gun.

The defining moment of his career would come the following month.

On Nov. 21, 1951, then-1st Lt. Stone was in charge of the 3rd platoon of Company E, which was tasked with defending a vital outpost on a desolate hilltop above the Imjin River near Sokkogae, North Korea. Around 9 p.m., Chinese forces attacked the platoon with mortars. When the assault stopped, Stone had flares sent up, which lit up the hillside and showed a massive force coming toward them.

Stone’s platoon had only minutes to prepare before the enemy made the first of several assaults on their position. The first lieutenant stood tall on sandbagged trenches and, despite the fire coming at him, calmly directed his men to defend themselves.

Much of the fighting was hand-to-hand combat. At one point, Stone noticed that a flamethrower had malfunctioned and that its operator had been killed. He maneuvered through gunfire to grab and repair it before handing it to another soldier.

During a second wave of attacks, Stone carried the platoon’s only remaining machine gun from position to position to defend against Chinese advances coming from two directions. During the ordeal, he continued to encourage and direct the depleted platoon and kept fighting with his carbine, despite having been shot in both knees and through the neck. 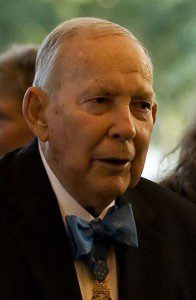 Stone’s platoon spent more than three hours repelling assault after assault. When the time came to retreat, Stone stayed behind to cover those who were left as the remaining platoon members fled. The Chinese eventually swept over the position just before dawn. According to his Medal of Honor citation, Stone’s “voice could still be heard faintly urging his men to carry on until he lost consciousness.”

By the end of the fight, 24 of the 48 platoon members had died, and 16 more were wounded. In contrast, according to the Texas State Preservation Board, nearly 550 of the roughly 800 Chinese forces who attacked had died.

When U.S. soldiers recaptured the hill the next day, they realized seven men, including Stone, were missing. An unconscious Stone had been carried away on a stretcher by Chinese forces. He was held as a prisoner in North Korea along the Manchurian border for 22 months. Records show treatment there was harsh, but he was allowed to write letters home to his family so they knew he was alive.

Stone was released in early September 1953 during a prisoner exchange after the war ended. Shortly after that release, Stone learned he would receive the Medal of Honor for leading that brave, but hopeless, last-ditch effort. He said he felt it was his platoon that deserved it.

Regardless, on Oct. 27, 1953, Stone received the nation’s highest award for valor from President Dwight D. Eisenhower during a White House ceremony. Six other recipients also earned the honor that day.

After recovering from the ordeal, Stone remained in the Army, serving in Germany and as an administrator for ROTC units in the Fort Worth area. Stone also served a tour of duty in Vietnam in 1971 as an advisor.

According to the Texas State Historical Association, Stone’s first wife died, and he remarried a woman named Mary Lou. That account said he was so humble about his medal that he didn’t tell her about it until after they were married.

In December 1976, Stone retired as a colonel after nearly 30 years of service. He moved to Arlington, Texas, in 1980 and was heavily involved in the veteran community and the Methodist church.

In 2010, Stone was diagnosed with prostate cancer, but he didn’t let it affect his daily living. He remained active and attended as many events as he could for the 90th Aviation Support Battalion, an Army Reserve component near his home. Friends and family said he loved interacting with soldiers so much that a center built at that location was dedicated to him in 2011.

Stone died from cancer on Nov. 9 at his home; he was 89. He was buried at Fort Worth National Cemetery in Dallas.