As tens of thousands of visitors drive toward the west gate boundary of Edwards Air Force Base, Calif., the weekend of Oct. 15-16 for the Aerospace Valley Air Show, their view to the south side of Rosamond Boulevard will encompass the construction zone for Southern California’s newest year-round visitor attraction, the Air Force Flight Test Museum and STEM Education Center.

In a presentation to the Antelope Valley Chambers of Commerce luncheon on April 13, leaders of the non-profit Flight Test Historical Foundation briefed the business community on the museum project’s status and development activities.

Art Thompson, co-owner of Lancaster-based Sage Cheshire Aerospace and chairman of the FTHF Board of Directors, reported that although completing the museum foundations last year opened the way to raise walls, the pandemic disrupted the supply chain for building materials and created spikes in the price of steel reinforcements.

Noting that the existing on-base museum’s collection has outgrown available space, and the museum is now largely inaccessible to civilian visitors due to base security concerns and health issues, Thompson pointed out that the new museum site just outside the base perimeter is an ideal location for welcoming both foreign and domestic visitors.

More than a museum, the new campus will be a center for STEM (Science, Technology, Engineering and Math) studies and technical career education, an archive and library for records and offices of the Society of Experimental Test Pilots, and the home of Bob Hoover Library.

Recovering from pandemic setbacks, the museum foundation has increased its private sector financial campaign for major sponsorships, while retaining and enhancing existing outreach for community membership and donor support.

Families, charitable foundations, and companies can sponsor aircraft and/or exhibits as well as having opportunity to sponsor a classroom or building at the new museum.

Sponsorship opportunities range from an entire historic aircraft or a structure, to brick pathways and donor walls. The FTHF’s marketing materials and website are geared to recognize donors and sponsors at all levels.

“We have Friends of the Museum levels that include gifts with donations, inclusion on our Donor Wall, and invitations to special events,” said Brown.

There is also a Paver Program: For a donation of $100, the donor’s name, or that of someone else to honor or remember, will be engraved on a brick pathway lining the already existing Century Circle of famed military aircraft.

Brown said, “The Sponsor-an-Airplane program is an opportunity to support the preservation of the iconic aircraft in our collection and support the construction of the new museum. The director added, “Companies, organizations, and individuals are recognized in various ways for their contributions. Each sponsored airplane will include a plaque on display in the museum, recognition on our website, and acknowledgment as partners in our education and preservation endeavors.”

Each sponsorship is also attached to a construction milestone (ie. concrete, insulation, etc.) to show exactly what each contribution is helping support during construction.

For more information or to contribute, email lbrown@flighttestmuseum.org 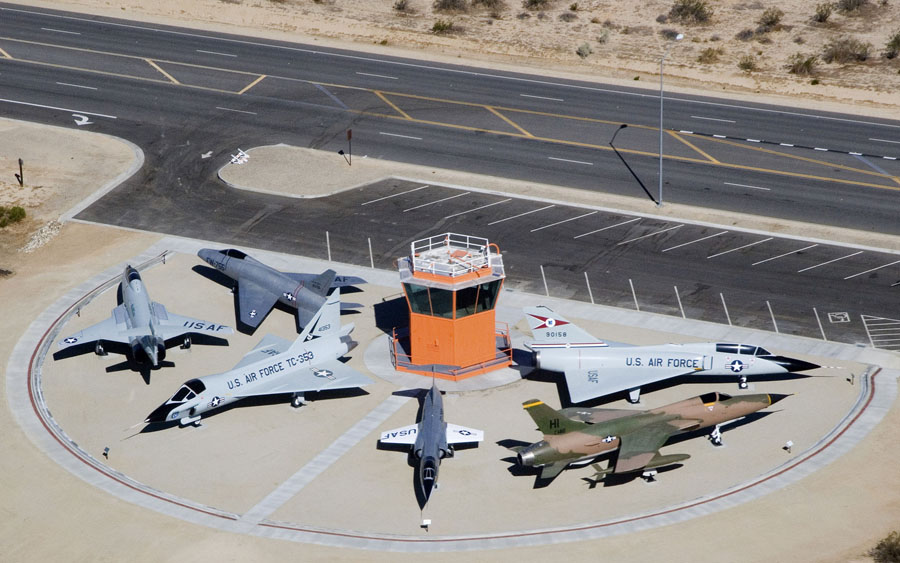 Museum Friends who wish to make a yearly donation as an Annual Friend receive an FFTM card, a certificate, Foundation patch, a 15% discount in the gift shop, newsletter, and invitations to Friends’ events and activities. Contribution levels are: Regular – $50, Student – $25; and Corporate – $500 (Same as Regular & Student plus 2 tickets to a gala event of the donor’s choice.

Bronze Patron – $1,000. (Same as Senior Patron plus a name plate on Patrons’ Wall in Museum.

Silver Patron – $5,000 Same as Bronze plus a plaque near the entrance of museum.

Gold Patron – $15,000 (Same as Silver plus the sponsorship of an exhibit with a second plaque of recognition at the exhibit and a third for home or office.

Platinum Patron – $25,000 (Same as Silver plus the sponsorship of an airplane with a second plaque of recognition at the site of the airplane and a third for the home or office.

Diamond Patron – $50,000 (Same as Silver plus the sponsorship of an area of the museum with a second plaque of recognition in that area and a third for home or office.

At the most recent count there are 86 aircraft at various locations on Edwards or elsewhere in the Aerospace Valley, each needing to be taken under the wing and adopted by a Flight Test Historical Foundation Museum sponsor.

In no particular order, the birds are: