Marine Corps and the rest of the region’s military family circle turned out to celebrate the City of Palmdale’s work starting on “The Marine Hymn Road” to run along R. Lee Ermey Avenue (previously known as Avenue N. 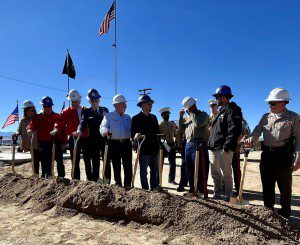 Road cuts carved on the highway stretch will let a motorist’s tires hum “From the Halls of Montezuma …” along the Avenue between Sierra Highway and 10th Street West.

Veterans from World War II up to the Post 9/11 wars turned out, with a strong presence from Marine Corps League and a Young Marines Honor Guard. 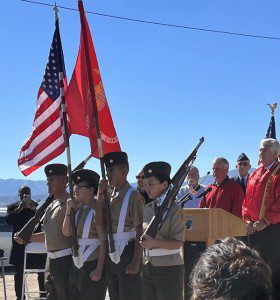 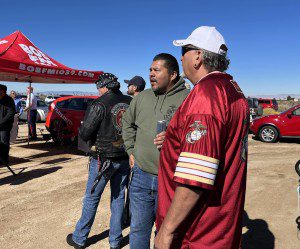 The road music is the capstone to that civic achievement, according to Palmdale Mayor Steve Hofbauer. 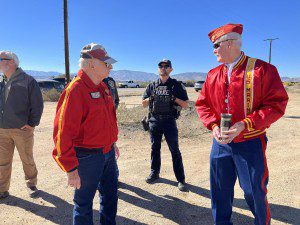