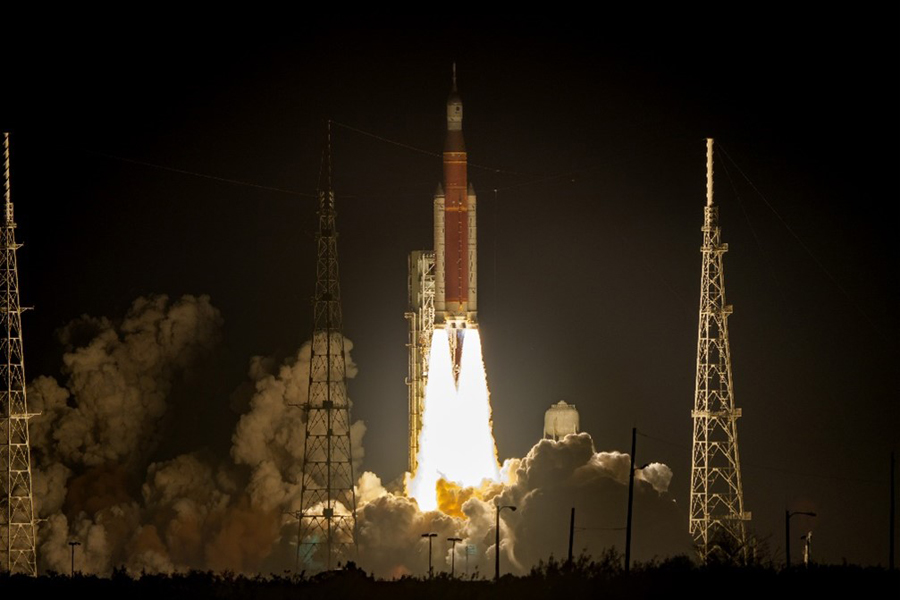 This is the first in a series of Artemis missions focused on deep space exploration and establishing a sustainable human presence on and around the moon.

“The SLS rocket was launched by a powerful 7.2 million pounds of thrust from our solid rocket boosters which are largest, human-rated solid rocket boosters ever built,” said Wendy Williams, vice president, propulsion systems, Northrop Grumman. “Northop Grumman has been pioneering in space for over 50 years and our contributions to NASA’s Artemis missions continue our incredible legacy of innovation.”

Booster segments for Artemis II, the first crewed mission, and Artemis III, the mission that will land the first woman on the lunar surface, are complete. Artemis IV segments are currently being cast with propellant. Northrop Grumman supplied rocket propulsion for NASA’s Apollo and Space Shuttle programs and developed the five-segment SLS solid rocket booster based on the flight-proven design of the space shuttle boosters. The company will provide ongoing support for SLS and the Artemis missions through 2031.