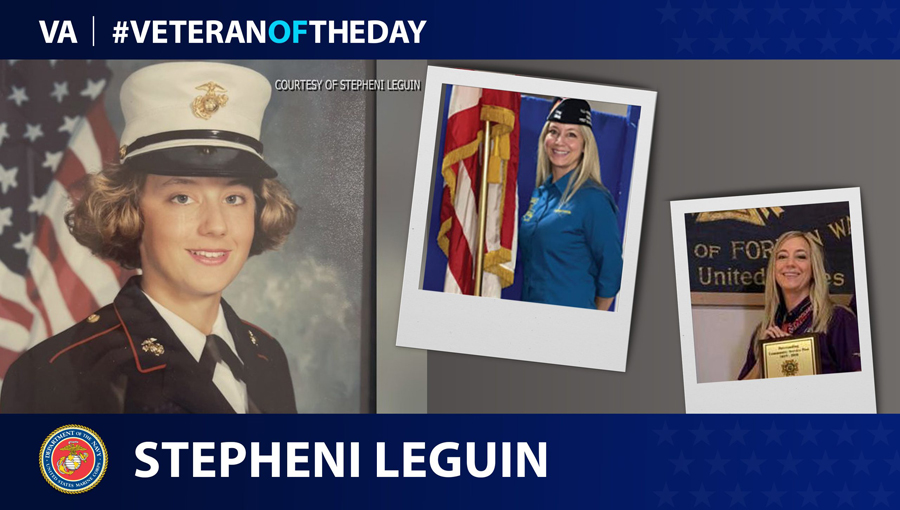 Stepheni LeGuin was born in Louisville, Ky., in June 1973. She was raised in South Dakota, Indiana and Nebraska, and had a stepfather who served as a Marine in the Vietnam War. Having witnessed his patriotism—as well as his service in Veteran organizations—and wanting to prove to others that she could become a Marine, LeGuin followed in his footsteps. After graduating high school, she entered the Marine Corps at the age of 18.

LeGuin completed basic training at Marine Corps Recruit Depot Parris Island, S.C. Afterwards, she moved to Millington, Tenn., where she attended technical school to become an air traffic controller. Despite her graduating class being told not to list Hawaii in their list for preferred deployment because “no one would get to pick [it],” LeGuin listed only that state and was granted her preference.

In Hawaii, LeGuin served at the Marine Corps Air Station in Kaneohe Bay. Serving there for two years, she was subsequently stationed in Okinawa, Japan, as well as Pohang, Korea. She then served at Camp Pendleton, Calif., after which she left the Marine Corps. Describing her service with the Corps, Leguin said that “it really changed [her].”

LeGuin continued serving her country. A few years after serving at Camp Pendleton, LeGuin moved to the South in November 2002. In addition to working as an air traffic controller with the Federal Aviation Administration and at Monroe Regional Airport, LeGuin joined Post 1809 of the Veterans of Foreign Wars (VFW), having qualified to do so through her service in Korea. She currently serves as the organization’s quartermaster alongside her husband, Christopher LeGuin, who serves as the organization’s commander. Explaining the couple’s rationale for joining the organization, LeGuin states that they wanted to “give back to the community and give back to [V]eterans.”