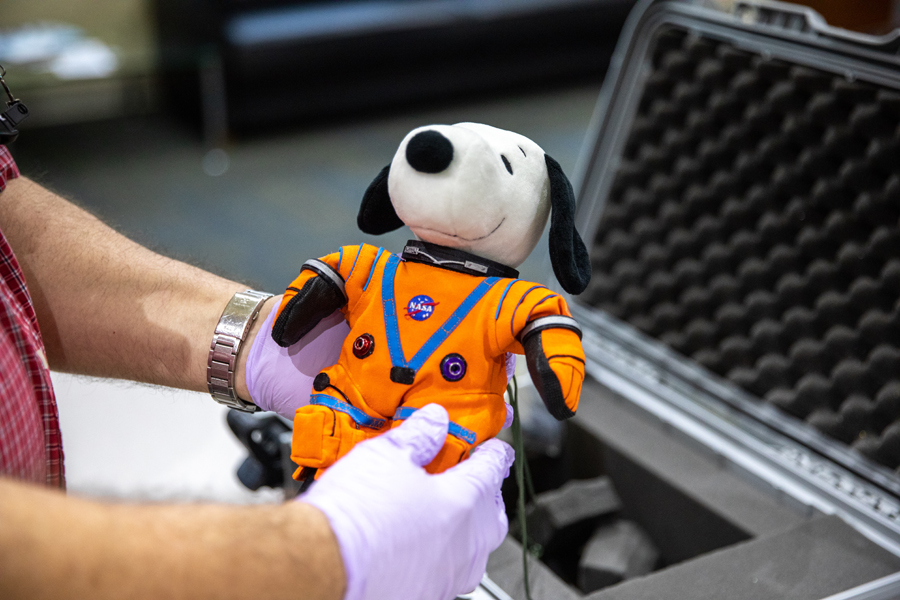 Snoopy, the zero gravity indicator that flew aboard Orion during the Artemis I mission, wears a smile after being unpacked from his transport case on Jan. 5, 2023. Zero gravity indicators are small items carried aboard spacecraft that provide a visual indicator when a spacecraft has reached the weightlessness of microgravity. NASA has held an association with Snoopy since the Apollo Era – the character has contributed to the excitement for NASA human spaceflight missions, helping inspire generations to dream big, and is a symbol of NASA’s safety culture and mission success.