These guys are true friends and they always could bounce ideas off of each other and come up with sound solutions. They built their Long EZ aircraft side-by-side at Mojave and when the planes were completed, they flew them side-by-side in the air.

Both men are now in their 80s and have made the decision to display these record setting aircraft in the Experimental Aircraft Association Museum in Oshkosh, Wisc.

Mike and Sally Melvill were first to donate their Long EZ to the museum and recently word was received that the aircraft had arrived in Oshkosh.

Dick Rutan said, “Since both planes, Mike’s and my Long EZ ‘Ole Blue’ were both built together and flown together, it’s only fitting that Ole Blue join Mike’s EZ for enshrinement in the EAA Museum at OSH. We are in the process of making that happen.” In an email Dick said, “Ole Blue first flight was April 3, 1981.” 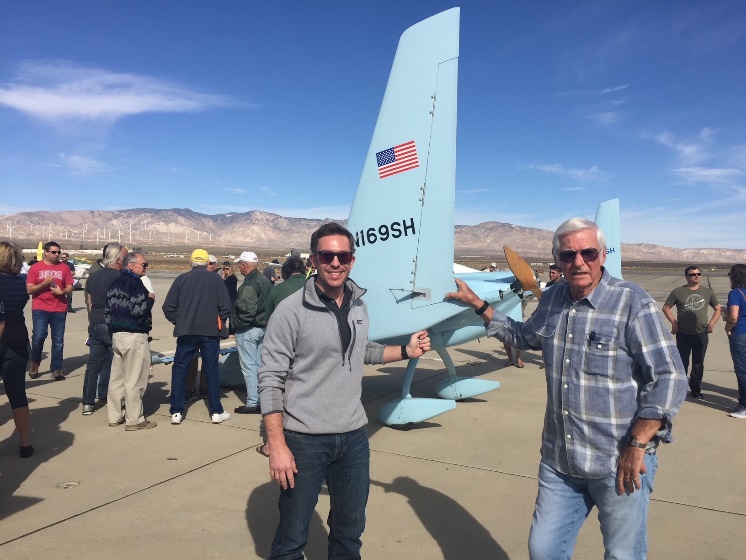 It always made me laugh when I saw the registration number or N-number on Dick’s airplane — N69SH. In the phonetic alphabet used by pilots, S stands for Sierra and H stands for Hotel. In the U.S. Air Force SH stands for something entirely different! Use your imagination. (Smile.) Of course, fighter pilot Dick Rutan believed he was SH! (And, I’ll bet he was!)

As a Tactical Air Command fighter pilot during most of his two decades in the Air Force, Rutan flew 325 combat missions in Vietnam, 105 of them as a member of the Super Sabre FAC (Forward Air Controller), a high risk operation commonly known as the MISTY’s.

While on his last strike reconnaissance mission over North Vietnam in 1968, he was hit by enemy ground fire, forced to eject from a flaming F-100 and was later rescued by the Air Force’s Jolly Green Giant helicopter team. Before retirement as a U.S. Air Force lieutenant colonel in 1978, Rutan had been awarded the Silver Star, five Distinguished Flying Crosses, 16 Air Medals. 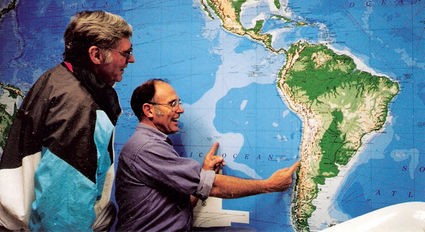 In 1997, Melvill and Rutan set out on an exciting and terribly hazardous trip flying their homebuilt Long-EZs around the world with the EAA Friendship Tour.

It all began when Mike told Dick that he wanted to fly his own homebuilt airplane to his hometown in Johannesburg, South Africa.

Mike asked Dick if he would like to fly along in formation. Dick’s replay was, “That’s half way around the world – why don’t we go on around the whole world!”

There are many Experimental Aircraft Association (EAA) chapters around the world, so the trip quickly became a tour from one EAA chapter to another.

They had to add external fuel tanks for the long flights across the oceans. Dick said, “The external tanks were supposed to be temporary, but after the EA flight, I turned the starboard tank into a High Maintenance Support Pod. You can get a bunch of stuff in a 25-gallon tank.”

They had to plan a route that would be doable for their little home-builts. Finding the shortest route across the Atlantic posed a problem, but they finally agreed on a route. 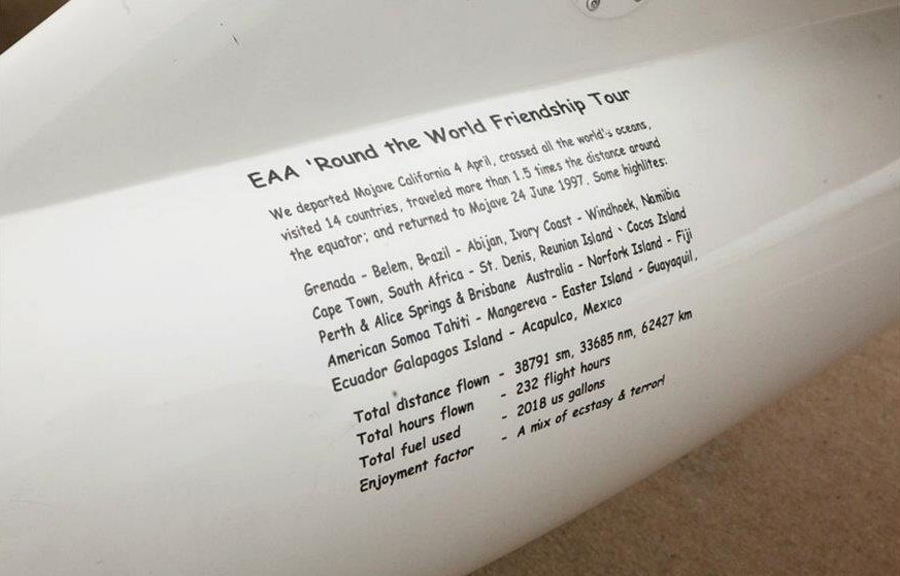 Mike and Dick departed Mojave on April 4, 1997, and headed east. They crossed all the world’s oceans, visited 14 countries, traveled more than one and a half times the distance of the equator, and returned home to Mojave on June 24, 1997.

They flew long 18-hour flights over the ocean at night, and Dick said that he was just hanging onto Mike’s strobe light in the black void.

Mike painted names of all the places they visited on this remarkable flight, the date that they left Mojave and the date they returned. 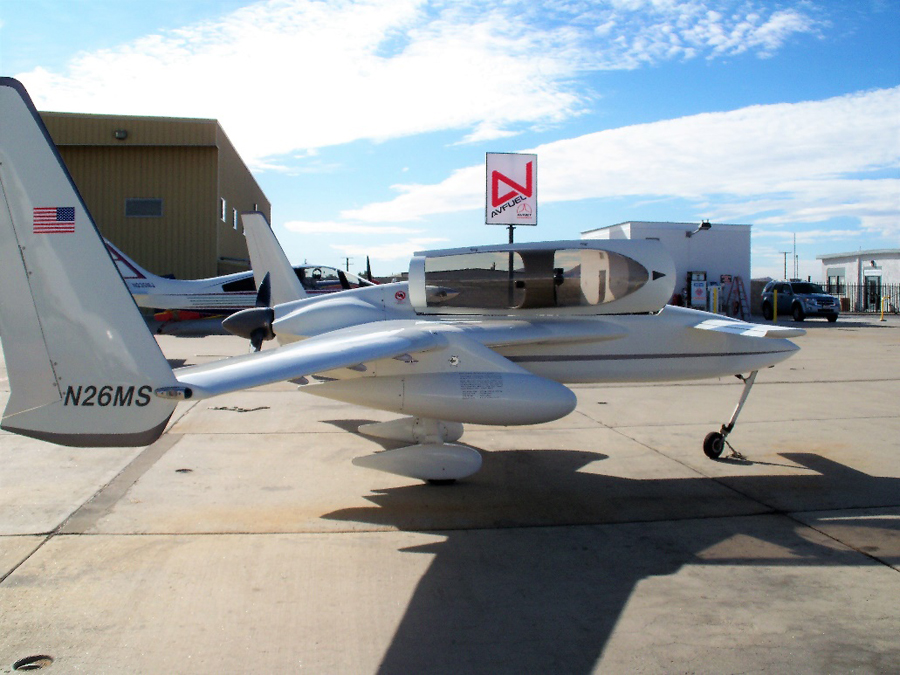 It’s fun to know people who are driven to pursue such an intrepid adventure that others only dream of doing. There was no fun in the terrible storms they encountered – just pure terror!

Mike said people kept asking how they stayed awake during their long legs over the ocean; his reply was simple, “You can’t sleep when you’re terrified!” 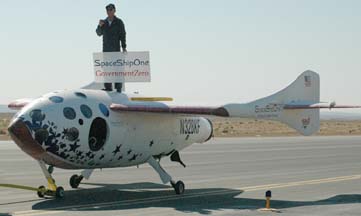 Mike’s Long EZ was often seen at Plane Crazy Saturday held on the third Saturday of each month at Mojave Air and Space Port, which, by the way is a spaceport, due to Mike Melvill and Brian Binnie piloting the Burt Rutan/Scaled Composites/Paul G. Allen’s SpaceShipOne into the aerospace history books and winning the Ansari X-Prize in 2004!

In a quote from an AOPA (Aircraft Owners and Pilots Association) 2013 article: “Mike raced motorcycles and became a machinist at 17. He married his childhood sweetheart, Sally, and they immigrated to the United States in the late 1960s. He became a U.S. citizen in 1972.”

Extraordinary men and extraordinary aircraft – a great combination! I am looking forward to seeing the two Long EZ’s at the EAA Museum, hopefully near the Voyager Gallery!