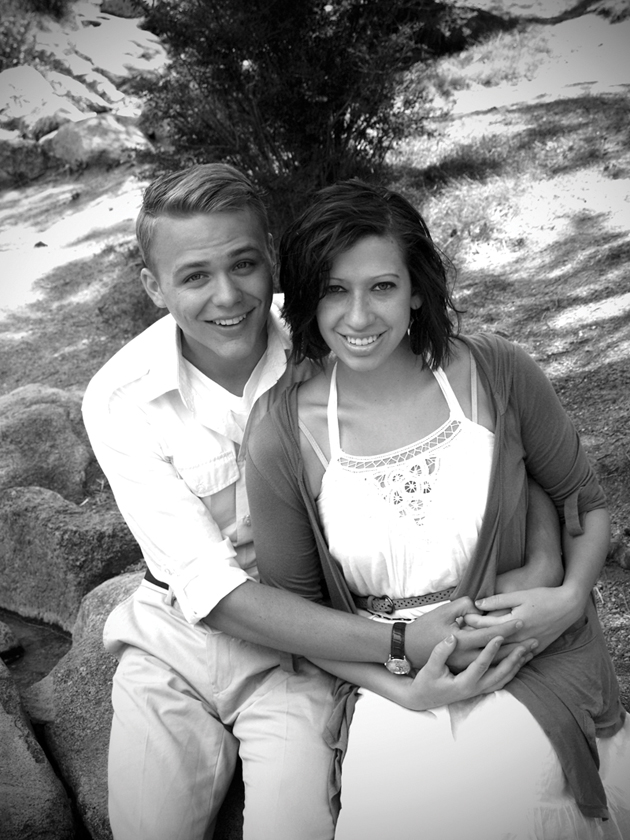 TRAVIS AIR FORCE BASE, California — Six years and four months ago I married my husband. I was 19 years old and completely ignorant to the commitment I’d just made.

Dual military marriages make up a little more than 11 percent of the Air Force population, and like many dual couples, we were stationed apart. Less than a year after requesting join spouse orders, he was assigned 16 miles from me.

“The Brady Bunch” did not prepare me for the big move. Melding lives together did not consist of soft voices and whimsical background music. The voices were loud and sometimes unfamiliar to our own, and resolutions did not come quickly.

Our first argument was over the unsanctioned addition of tuna to macaroni and cheese. I am a food purist at heart and the defilement of my beloved macaroni was, at the time, a personal violation to me.

A few words and glares were exchanged. Then, the kettle of macaroni made its way out the front door and across the lawn. As it flew through the air, it spewed its contents like tears of cheesy sadness. This was not my proudest moment.

No one really talks about their arguments, or maybe they do and I just never listened. Nobody mentioned staying away from food that you are passionate about unless you are willing to accept change.

I am naturally opposed to change, and a food enthusiast, so this advice would have been welcomed. The initial transition period, though painful at times, was merely a flash that we now look back on with joyful reminiscence.

By year three, we were weathering the turbulent storm of my husband’s active-duty separation. It was an easy process that we thought would make life simpler, but it only gave way to greater stress. We had to rediscover who we were as a couple when the biggest thing we had in common, being active-duty service members, was no longer a similarity.

Aside from a poor decision to buy and live on a large sailboat years later, his separation from active duty was the biggest hurdle we faced in our marriage. In times of great change, a partnership is redefined. Your best friend can quickly become a silent stranger if you give up trying to connect.

To our benefit, we are both stubborn and determined individuals. We made an effort to learn and participate in each other’s lives outside the home, and it revitalized our now flourishing relationship.

In 2013, my husband was attending a local liberal arts college. He began reading to me every night. Often it was a philosophy selection assigned for class. During dinner we would read news articles we found interesting or discuss evolving topics. This allowed us to highlight and participate in our individual interests together.

In the end, it was clear that we were not together because of our specific commonalities, but because we enjoyed experiencing each other. It was a simple revelation made in a critical time.

Like joining the military, marriage is a life-altering commitment. It requires understanding that the relationship will continuously change and is in constant need of examination to succeed. Take solace in the Airmen who have pushed through these waves before you and those who are continuing with you.