A member of the famed all-Black Tuskegee Airmen who died in Arizona will be remembered this week. 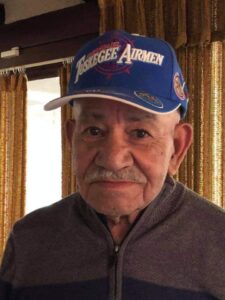 His daughter, Rose Biggs-Dickerson, said her father had been living in a senior-care facility in Tucson.

A native of Nogales, Biggs enlisted in 1943 at age 18 with the U.S. Army Air Corps which later became the U.S. Air Force.

He was placed in an elite group of fighter pilots trained at Alabama’s Tuskegee Institute. The program was created after the NAACP began challenging policies barring Black people from flying military aircraft.

In the mid-1950s, Biggs was stationed at Davis-Monthan Air Force Base in Tucson. He was one of the base’s first African-American officers and helped incorporate minority soldiers, his daughter told The Arizona Republic.

He flew B-47 and B-52 bombers in the Korean and Vietnam wars while earning numerous military honors.

Despite his accomplishments, he spoke often of the discrimination he faced in the military.

Biggs-Dickerson said her father retired in the 1970s and became an agent for the U.S. Customs Service in Nogales.

According to the funeral home’s online obituary, Biggs is survived by his wife, 10 children, 22 grandchildren and 24 great-grandchildren.