During his visit, he held an in-person and virtual commander’s call to discuss his priorities and to announce Staff Sgt. Kristy L. Riley, 924th FG Combat Plans Training Supervisor, as one of the Air Force’s 12 Outstanding Airmen of the Year.

He toured work centers throughout the fighter group, recognizing deserving Airmen and answering their questions. While there Van Brunt was able to see the A-10 Thunderbolt II adorned with his name as well as the crew chief who is responsible for said aircraft.

The A-10 Thunderbolt II is known for its formidable GAU-8 Avenger seven-barrel gun, however unique to the 924th FG is the iconic “Hawg Face” on the front of the aircraft. The 924th FG is the only unit-equipped formal training unit in Air Force Reserve Command with 28 A-10C Thunderbolt II aircraft. The 924th FG trains and produces qualified A-10 pilots for theater commanders worldwide. Their mission is to Forge the world’s most lethal attack pilots; mission, Airmen, family. 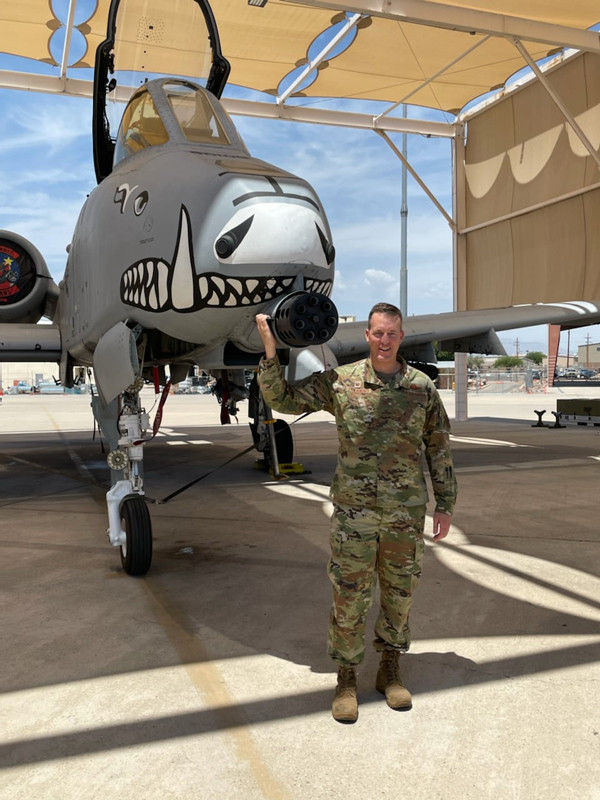