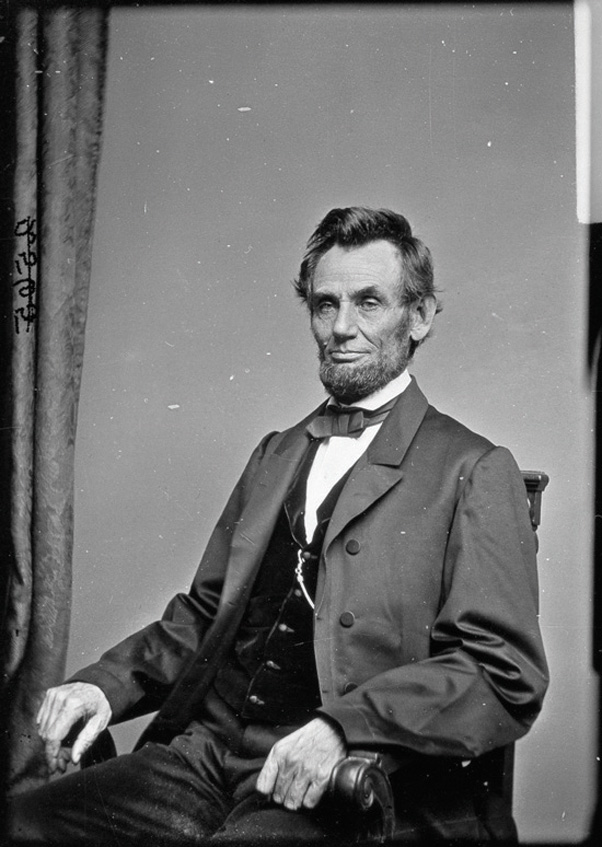 Taken from the Presidential biographies at whitehouse.gov

February 12th marks the 205th year since the birth of Abraham Lincoln, the United States’ 16th President. Although his birthday does not have a national holiday, as does President George Washington’s, Lincoln is no less important.

It was on Jan. 1, 1863 that he issued the Emancipation Proclamation that declared forever free the slaves within the Confederacy.

The son of a Kentucky frontiersman, Lincoln had to struggle for a living and for learning. Lincoln made Extraordinary efforts to attain knowledge while working on a farm, splitting rails for fences, and keeping store at New Salem, Illinois. He was a captain in the Black Hawk War, spent eight years in the Illinois legislature, and rode the circuit of courts for many years. His law partner said of him, “His ambition was a little engine that knew no rest.”

Lincoln never let the world forget that the Civil War involved an even larger issue. This he stated most movingly in dedicating the military cemetery at Gettysburg: “that we here highly resolve that these dead shall not have died in vain–that this nation, under God, shall have a new birth of freedom–and that government of the people, by the people, for the people, shall not perish from the earth.”

The spirit that guided him was clearly that of his Second Inaugural Address, now inscribed on one wall of the Lincoln Memorial in Washington, D. C.: “With malice toward none; with charity for all; with firmness in the right, as God gives us to see the right, let us strive on to finish the work we are in; to bind up the nation’s wounds…. “

On Good Friday, April 14, 1865, Lincoln was assassinated at Ford’s Theatre in Washington by John Wilkes Booth, an actor, who somehow thought he was helping the South. The opposite was the result, for with Lincoln’s death, the possibility of peace with magnanimity died.

(Note: The Presidential biographies are from “The Presidents of the United States of America,” by Frank Freidel and Hugh Sidey. Copyright 2006 by the White House Historical Association. http://www.whitehouse.gov/1600/presidents/abrahamlincoln)