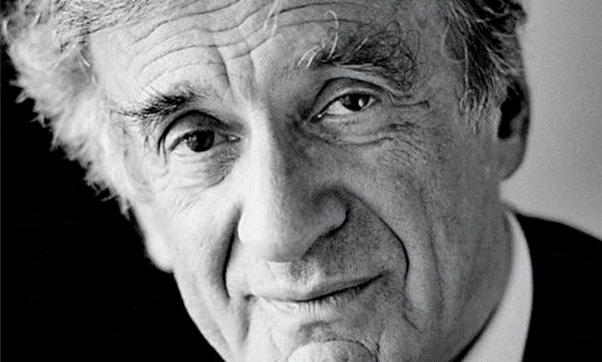 Each year, the United States Holocaust Memorial Museum leads the nation in commemorating Days of Remembrance, which was established by the U.S. Congress to memorialize the six million Jews murdered in the Holocaust—as well as the millions of non-Jewish victims—of Nazi persecution.

Millions of ordinary people witnessed the crimes of the Holocaust—in the countryside and city squares, in stores and schools, in homes and workplaces. Across Europe, the Nazis found countless helpers who willingly collaborated or were complicit in their crimes. The victims had no control over, or choice in their fates.

The rescuers, on the other hand, made choices.  They chose to risk their own and their families’ lives, in an attempt to intervene and help rescue those being persecuted.  This article commemorates the actions and stories of ordinary people who, through their actions, became extraordinary.

Emilie Schindler, housewife, was essential to her husband Oskar’s efforts to protect Jews during the Holocaust. While Oskar was away, she encountered Nazis taking 250 starving Jews to a death camp. She convinced them that more Jews were needed at their factory, which already employed more than one thousand.  She worked tirelessly to save them. As of 1994, there were more than 6,000 descendants of the original 1,200 that the couple saved.

Anton Schmid, was an Austrian who was drafted into the German army. While stationed in Lithuania, he used his position to help Jews at every opportunity. He provided them with jobs, permits, provisions, shelter, and transport to safer areas. He even hid some in his apartment and office.

Father Czeslaw Baran was a Franciscan Monk who, during the Holocaust and along with other priests, nuns, and monks, rescued Jews by hiding them in more than 900 church institutions across Poland. Poland was the only country in which providing assistance to Jews was routinely punished by death. Baran and his fellow monks worked with the Sisters of Mary to hide Jewish children in a convent school near Warsaw. After the liberation, all the children were returned to the surviving Jewish community.  Although he was warned that the Nazis had heard of his activities, he persisted until he was arrested and executed for treason.

Captain Paul Grueninger, commander of the Swiss Border Police, chose to disregard orders to close the borders to Jewish refugees. He falsified documents to allow 3,600 Jews to enter and stay in Switzerland. He was terminated for defying orders, and was convicted of breach of duty, and left destitute. He said, “My personal well-being, measured against the cruel fate of these thousands, was so insignificant and unimportant that I never even took it into consideration.”

Irena Sendler, a senior administrator, successfully smuggled more than 2,500 Jewish children to safety and gave them temporary new identities. She was arrested, imprisoned and tortured by the Gestapo, who broke her feet and legs. She refused to betray either her fellow liberators or any of the Jewish children in hiding. In spite of all her fearless actions, she nonetheless lamented, “We are not heroes. I continue to have qualms of conscience that I did so little.”

During a medical appointment, Maria Olt saw that her physician was wearing a yellow emblem.  He told her that he feared for his family’s safety. She took him, his wife, and their newborn daughter to a small village where she created false identity documents for them, and hid them for ten months until the war ended. She also took care of numerous Jewish families and personally carried a baby girl out of the Warsaw ghetto, claiming she was a Christian.

Leopold Socha, a sanitation worker, discovered Jews crawling through the sewers to escape the liquidation of the Lwow ghetto. Using his knowledge of the sewer systems, he found hiding places and, with his wife and a co-worker, brought food and news from the outside. He initially received money for his efforts, but chose to continue to help after the payments stopped. Ten of the twenty-one people he tried to help survived.

When the deportation of Jews began in Belgium, Father Henri Reynders (Father Bruno), recently released from a POW camp, organized an underground operation to shelter Jewish children. He provided them with ration cards and false identification papers, and arranged financial support for their host families. After the liberation, he helped reunite the children with surviving parents.

Henry Christian Thomsen was an innkeeper in Denmark, who joined the Danish resistance. He saved hundreds of Jews by helping them escape Nazi-occupied Denmark. His inn served as a secret meeting place for fishermen who used their boats to take Jews to Sweden. When the growing number of Jews seeking help swamped his fellow smugglers, he bought a boat to help transport them himself. He was caught and died in a concentration camp.

During September 1941, the Nazis and local collaborators murdered 33,000 Jews in a ravine outside the Ukrainian capital. Some Jews managed to escape, and were saved by their neighbors, who provided them shelter and food. Tatyana and Ania Kontsevich, a homemaker and her 10-year-old daughter, sheltered a family in their attic. While home alone, Ania distracted German soldiers from searching the attic, where the family would inevitably have been discovered.

Nicholas Winton singlehandedly established an organization that helped nearly 700 Jewish Czechoslovakian children by bringing them to Britain for adoption. He insisted, “I just saw what was going on and did what I could to help. There is nothing that can’t be done, if it’s fundamentally reasonable…” An estimated 5,000 survivors and their descendants are alive today because of Winton’s actions.

After Yugoslavia was invaded, Moshe Mandil and his family fled into Albania. Refik Veseli, a 16-year-old student and photography apprentice, took them to his parents’ house in the Muslim village of Krujë. Mandil’s children lived openly as villagers while he and his wife hid in a small room in a barn. After the war, the family returned to Yugoslavia and reopened their photography shop. Refik lived with them and continued his apprenticeship.

Born in Spain, Juliette Usach fled the Spanish civil war and became the director of a children’s home in Le Chambon-sur-Lignon, France. She and other residents hid Jewish refugees and supplied them with false identification papers, birth certificates, and ration cards. Groups of Jews also were taken across the border into Switzerland. It is estimated that the people of Le Chambon village saved more than 5,000 refugees.

Today these courageous individuals are considered heroes, but many rescuers did not see themselves this way. The villagers refused to accept praise. “How can you call us good?” one villager asked. “We did what had to be done.”

For the United States Armed Services, these events are not a distant memory. Our modern military was forged in the fight against Nazi tyranny. To defeat Hitler we mobilized all of the strength that we could muster, and in that effort we witnessed many of our finest hours as a military and indeed, as a country.

Today we carry forward the proud legacy of men and women of the United States Army who played a vital role in liberating the camps at Buchenwald, Dora-Mittelbau, Flossenbürg, Dachau, and Mauthausen. American forces not only brought freedom to the survivors of Nazi horrors, they also made sure that in its aftermath the world would know what had happened.

In the days after Allied forces captured the first concentration camps, General Dwight Eisenhower, General George Patton, and General Omar Bradley themselves inspected a camp, and saw atrocities that had occurred. They were, in Eisenhower’s words, atrocities “beyond the American mind to comprehend.”

Eisenhower ordered every American soldier in the area who was not on the front lines to tour these camps, so that they could themselves see what they were fighting against, and why they were fighting. These soldiers became not only liberators, but witnesses to one of the greatest atrocities in history.

The commitment of our forces to the survivors of Nazi atrocities did not end with liberation. In the aftermath of war, we cared for survivors and we helped reunite families. We provided physical nourishment, and we provided spiritual nourishment as well.

Days of Remembrance raises awareness that democratic institutions and values are not simply sustained, but need to be appreciated, nurtured, and protected. It also clearly illustrates the roots and ramifications of prejudice, racism, and stereotyping in any society. More importantly, silence and indifference to the suffering of others, or to the infringement of civil rights in any society, can—however unintentionally—perpetuate these problems.