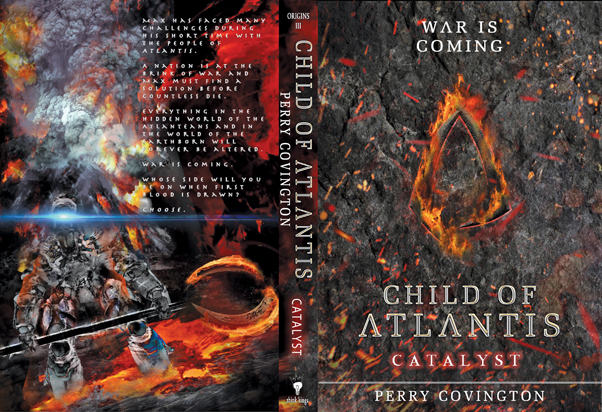 Michael Quiboloy “Q”, formerly 163rd Reconnaissance Wing public affairs, left the California Air National Guard last year to pursue his writing and graphic design career. He is one of the founding members of Think Kings Publishing and a self-taught graphic designer, using the Internet to learn. “Everything is out there if you just look for it,” he said.

Also an aspiring author, Q was at a conference in Coronado, California, with Capt. Perry Covington, 452nd Air Mobility Wing (formerly 163 RW), and a group of friends, talking about how difficult it is to get an agent and publish their stories, when Q jokingly said, “We should publish our own stuff!”

That’s how Think Kings was born and the rest is history, he said.

Practicing graphic design in high school, Q said he learned that there were computer programs that he could use to make pictures of his friends look stupid.

When Covington, another founding member of Think Kings, asked Q to complete one of seven book covers for a series Covington was writing, Q agreed.

Covington had sketches, stick figures of his first book cover, a vague concept, Q said. “I could have never developed the cover from scratch,” Q said.

“I was standing on the shoulders of giants who laid the foundation for that first book,” he said. “Paul Duquette, a former co-worker, started it. I used his existing template, and polished it to make it work.”

Although he doesn’t read the books before designing the covers, Q said Covington tells him the book’s climax and just enough of the story to know what the front and back covers should look like.

“You want the covers to all look like they are part of a series, having a trend or pattern between them, so you recognize it,” he said. “Each book has a different feel or color, but is similar to the rest.”

With Covington’s pace picking up, Q said he doesn’t know if he will be able to keep up.

“Graphic design is hard work, really taxing. I can only do a book jacket about once every six months.”