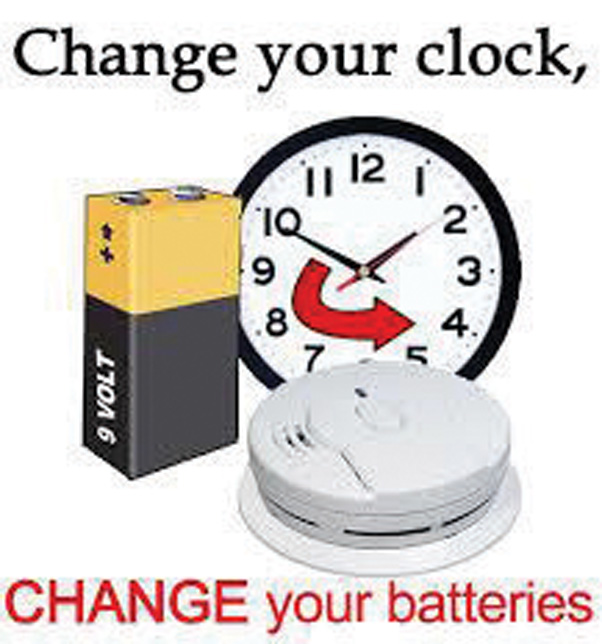 This article is part of the Energy.gov series “Joules of Wisdom: Top Things You Didn’t Know About Energy”and from cpsc.gov

This Sunday, at 2 a.m. (or before going to bed Saturday night) people across the country will set their clocks back an hour, marking the end to Daylight Saving Time.

The U.S. adopted Daylight Saving Time toward the end of World War I and then again during World War II, but between 1945 and 1966, there was no federal law regulating it. This led to confusion between states, and in 1966 Congress passed the Uniform Time Act to establish uniform dates for observing Daylight Saving Time.

However, not all states will change their clocks on Sunday. Hawaii and Arizona (excluding the Navajo Nation) along with the U.S. overseas territories of American Samoa, Guam, Puerto Rico, the Virgin Islands and the Northern Mariana Islands do not observe Daylight Saving Time.

Ever wonder why we change our clocks? While some think it is to give farmers an extra hour of sunlight in the evenings during warmer months, Daylight Saving Time was seen as a means to help reduce electricity use in buildings.

Sometimes credited with inventing Daylight Saving Time, Benjamin Franklin — the man who is known for the saying “Early to bed and early to rise …” — did not actually suggest a change in time. Franklin’s connection to Daylight Saving Time comes from his 1784 satirical letter to the editor in the Journal de Paris in which he proposed that Parisians could save money on candles by waking up before their normal time of noon.

Depending on how you phrase the question, Daylight Saving Time is either credited to a New Zealand entomologist who proposed the idea in a 1895 paper or an Englishman who campaigned to get the British parliament to pass a Daylight Saving Bill in 1908. In the end, Germany was the first country to implement Daylight Saving Time in 1916 to conserve resources during World War I.

Fall is a good time of year to think about fire and carbon monoxide safety in your home. The U.S. Consumer Product Safety Commission (CPSC) urges consumers to change the batteries in their smoke and carbon monoxide (CO) alarms this weekend. Daylight Saving Time ends on Sunday, November 2, and that’s when consumers will turn their clocks back one hour.

“Smoke and CO alarms can save lives, but only if you have working alarms,” said CPSC Chairman Elliot F. Kaye. “Make it a tradition, that when you change your clocks for Daylight Saving Time, you also change your smoke and CO alarm batteries. Working alarms, on every level of your home, can buy your family valuable time to escape from a fire or dangerous level of carbon monoxide.”

According to the National Fire Protection Association (NFPA), approximately three out of five fire deaths occur in homes with no smoke alarms or homes without working smoke alarms.

Batteries should be replaced in smoke alarms at least once a year, unless the alarms have sealed, 10-year batteries. CPSC recommends that consumers test their smoke alarms every month to make sure that the alarms are working properly. Smoke alarms should be placed on every level of the home, inside each bedroom, and outside sleeping areas.

Carbon monoxide alarms are also critically important safety equipment in the home. Each year from 2008 to 2010, there were an average162 reported carbon monoxide deaths involving consumer products under CPSC’s jurisdiction, including portable generators and home heating systems.

Carbon monoxide is called the invisible killer. You cannot see or smell CO. This poisonous gas can come from a variety of sources and can quickly incapacitate and kill its victims.