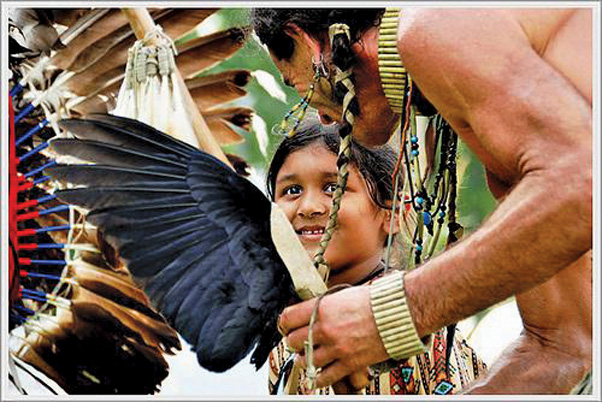 The characteristic that has been clearly demonstrated by the deeds of American Indians in combat is the warrior tradition.

The warrior tradition is best exemplified by the following qualities said to be inherent to most, if not all American Indian societies: strength, honor, pride, devotion and wisdom.

American Indians have participated with distinction in United States military actions for more than 200 years. Their courage, determination, and fighting spirit were recognized by American military leaders as early as the 18th century.

The nation’s population of American Indians and Alaska Natives, including those of more than one race, was 5.2 million in 2013, making up about two percent of the total population.

By the year 2060, the population of American Indians and Alaska Natives is expected to be 11.2 million.

A new generation of American Indians and Alaska Natives has assumed this charge from their elders, and they continue to improve living conditions and opportunities for a better future.