Rep. Veronica Escobar, the U.S. Representative for Texas’s 16th congressional district also visited and spoke to female Soldiers while listening to their experiences. 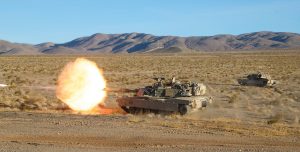 The rotations were developed to create a common training scenario for use throughout the Army. The training is reflective of complexities of potential adversaries our nation could face and include: guerrilla, insurgents criminal and near peer conventional forces woven into one dynamic environment.

This is the final rotation before a break of Holiday/Opportunity Leave for most Soldiers and families. The next training is scheduled for January 2021.