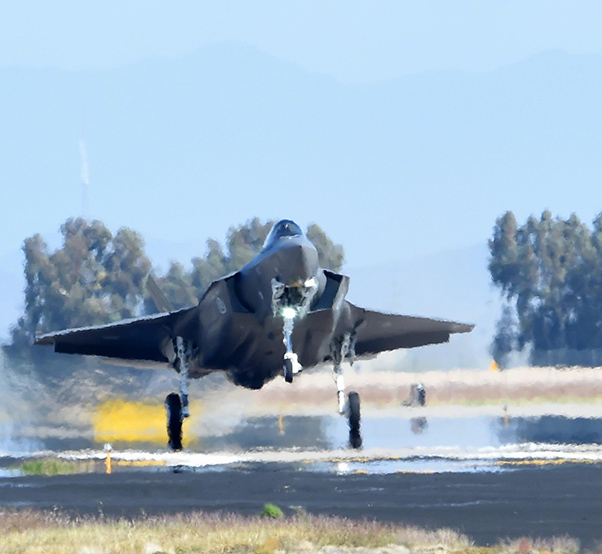 The second Norwegian F-35 Lightning II touches down at Luke Air Force Base, Ariz., Nov. 10, 2015. The jet marks the scheduled arrival of the first of two F-35s for the Royal Norwegian Air Force, making Norway the newest partner in the international F-35 joint-partnership program at Luke.

The first two Norwegian F-35s arrived at Luke Air Force Base, Ariz., Nov. 10. Shortly after, a Norwegian pilot flew the F-35 Lightning II for the first time, in conjunction with the Royal Norwegian Air Force’s birthday.
The F-35 program took its first step forward, integrating partner nations with the arrival of the first Australian F-35 Dec. 18, 2014, at Luke. Almost a year later, the next big international step for the program came when two Italian pilots completed their first flight in an F-35 here Nov. 5.
This marks the second international partner to have F-35s arrive for training at Luke.
“Today is a great day for the 62nd Fighter Squadron, the 56th Fighter Wing, and the U.S. and Norwegian air forces,” said Lt. Col. Gregory Frana, the 62nd FS commander. “Since the 62nd FS stood up as an F-35 squadron back in June of 2015, we have been focused on training the world’s best F-35 pilots. Today, as we accept our first partner aircraft into the squadron, we are one step closer to fulfilling our mission of training the best F-35 pilots from around the world.”
The day was a result of the combined efforts of the U.S. and its Norwegian partners. 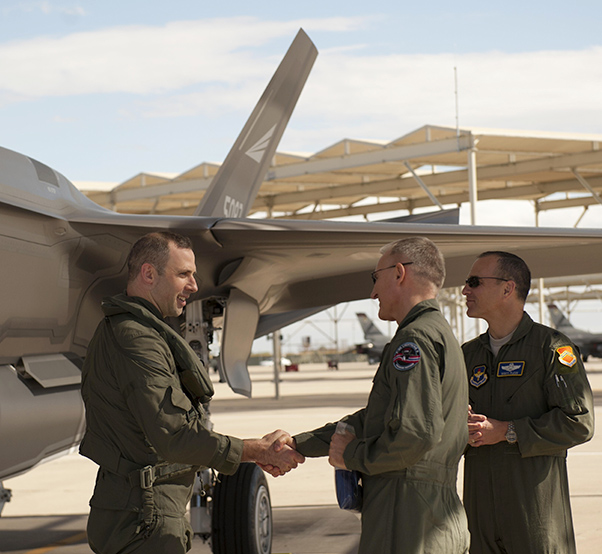 Maj. Gen. Morten Klever, the program director of the Norwegian F-35 program, accepts the first two Norwegian F-35 Lightning IIs after they arrived at Luke Air Force Base, Ariz., Nov. 10, 2015. Shortly after, a Norwegian pilot flew the F-35 for the first time, in conjunction with the Royal Norwegian Air Force’s birthday.

“Over the past few months, we have been working closely with our Norwegian partners to ensure that we are ready to receive and fly the most technologically advanced aircraft the world has ever seen,” Frana said. “Today is the result of a monumental team effort, but the effort will not stop here. The effort will continue as the U.S. and our partners bring the F-35 to initial operational capability and utilize this amazing machine to strengthen alliances and defend our national interests.”
Similar to the partnership Norway had with the U.S. and other partner nations with the F-16 Fighting Falcon, the F-35 partnership will make for an unstoppable force.
“When it comes to the partnership, we see a very good transfer from our experience with the F-16 to the F-35,” said Royal Norwegian Air Force Maj. Morten Hanche, a 62nd FS training pilot. “Working with the same and some new partners will allow us the same benefits. Also, it will allow us to easily integrate and operate together as one force. This is because we train together, we know each other and we keep it very similar.”
Eight other nations will be training alongside the U.S. on the new airframe. Other partner nations that will be joining the U.S., Norway and Australia include Turkey, Italy, and the Netherlands, in addition to Foreign Military Sales countries Japan, Korea and Israel.
“When the F-35 deploys in the future, it will be alongside our Norwegian partners,” said Brig. Gen. Scott Pleus, the 56th FW commander. “The relationships built here in the West Valley will be critical to both our nations as we move forward. Building partnership activities is priceless as the Air Force reinforces long-established bonds and cultivates new friendships through training opportunities, exercises and military-to-military events.”
Luke currently has 32 F-35s and by 2024, Luke is scheduled to have six fighter squadrons and 144 F-35s. Norway will have seven F-35s stationed at Luke. 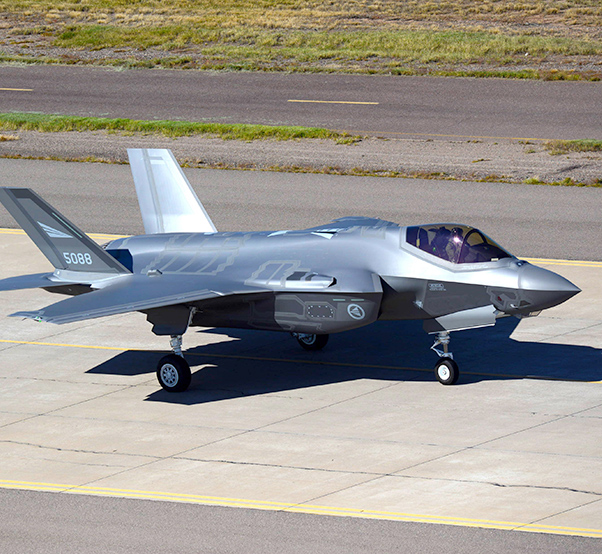 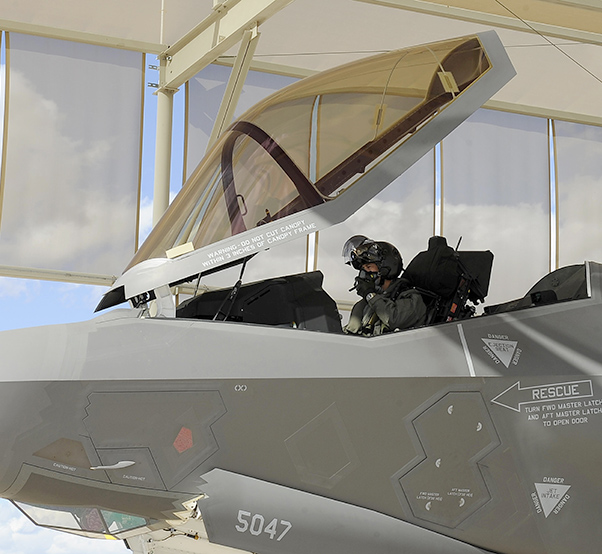