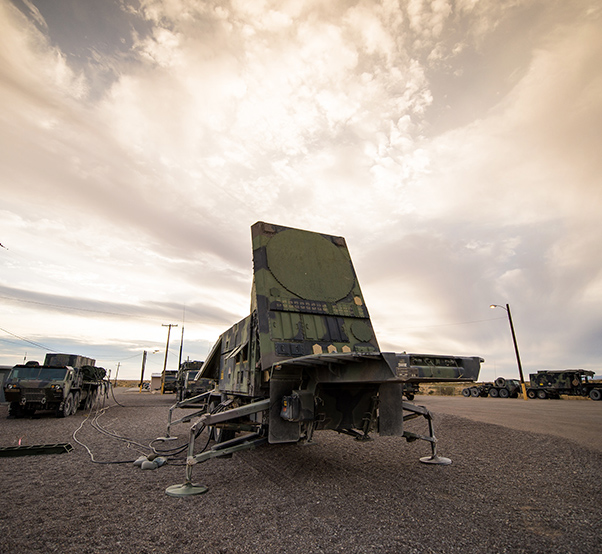 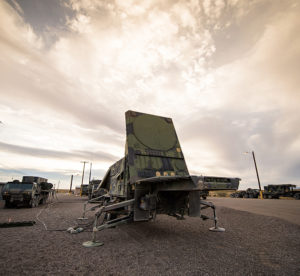 The U.S. Army successfully completed the first in a series of flight tests for the latest upgrades to the Raytheon-made Patriot Integrated Air and Missile Defense system at White Sands Missile Range, N.M.
The upgrades, collectively known as Post-Deployment Build 8 (PDB-8), improve Patriot’s ability to destroy all categories of threats, differentiate between friendly and enemy aircraft, and make Patriot easier for soldiers to operate.  PDB-8 is slated for fielding in the near future. Much of PDB-8’s development was funded by the 13-nation Patriot partnership, which will have the opportunity to incorporate PDB-8 into their Patriot inventory after U.S. Army testing and Materiel Release.
“Because countries share in the investment of upgrades, Patriot is able to stay ahead of the continually evolving and improving threats we are seeing in Eastern Europe, the Middle East and Asia,” said Ralph Acaba, Raytheon vice president of Integrated Air and Missile Defense. “Like all other Patriot upgrades, PDB-8 can be retro-fitted into Patriot fire units around the world, and builds on the lessons learned from Patriot’s more than 190 combat employments, 700 flight tests and 2,500-plus ground tests.”
During the flight test, operators used a PDB-8 configured Patriot battery to detect and track a ballistic missile target. The operators then successfully engaged the target with two different kinds of missiles — a PAC-3 and a GEM-T.  A short while later, operators repeated the process, this time successfully engaging a second ballistic missile target with two GEM-T missiles.
PDB-8 is currently undergoing U.S. government testing and evaluation. Additional flight- and ground- testing against a variety of targets will be conducted before PDB-8 is phased into the Patriot inventory.
PDB-8 also represents the first U.S. Army fielding of two new major pieces of hardware:
* Modern Man Station (MMS), a user interface with color LCD displays, touch screens and soft keys.
* Radar Digital Processor (RDP), a ruggedized commercial off-the-shelf processor. RDP increase Patriot’s already high reliability by 40 percent.  RDP also costs less to maintain and operate because it has fewer parts.  And, RDP enables future capabilities through software upgrades.
Although a number of Patriot partner nations have already fielded MMS and RDP, PDB-8 takes full advantages of the hardware upgrades. As a result, the U.S. Army and other PDB-8 users will have the following features and benefits in their Patriot systems:
* Enhanced capability against a variety of threats.
* An improved Identification Friend or Foe capability
* Improved radar search capability.
* Improved target detection and identification
* A redesigned Fire Solution Computer, which enables Patriot to take advantage of the PAC-3 MSE missile capabilities.
* An Enhanced Weapons Control Computer which provides up to 50 percent additional processing power for software enhancements to address evolving threats.