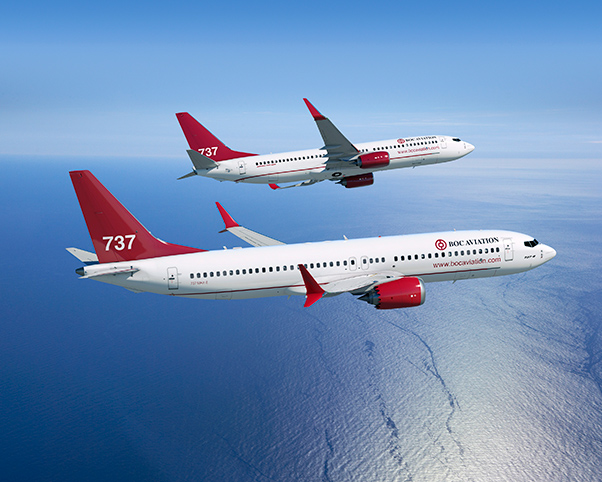 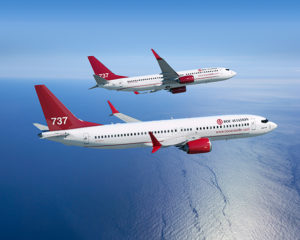 Boeing and BOC Aviation, announced an order for 22 737 airplanes, building on the leasing company’s existing order book to fulfill customer demand.
The order, consisting of 11 Next-Generation 737-800s and 11 737 MAX 8 airplanes, will be posted to Boeing’s Orders and Deliveries website once finalized.
“This order demonstrates our continued confidence in the Next Generation 737 aircraft for its proven high performance, reliability and asset value,” said Robert Martin, managing director and chief executive officer of BOC Aviation. “The Next Generation 737 economics are very attractive to our customers. With the 737 MAX, we are investing in new technology aircraft to meet our customers’ long-term fleet planning requirements.”
In addition to today’s announcement, BOC Aviation has ordered 167 737 airplanes, including 50 737 MAXs and 16 777s.
“BOC Aviation has played an important role in the success of the 737 program and we’re delighted they have again put their confidence in Boeing and the 737 family,” said Dinesh Keskar, senior vice president, Asia Pacific and India Sales, Boeing Commercial Airplanes. “This new order, on top of the 2014 order for 80 737s, is proof of BOC Aviation’s leading position in the leasing market, providing its customers with the most reliable and fuel-efficient single-aisle airplanes.”
The 737 MAX incorporates the latest technology CFM International LEAP-1B engines, Advanced Technology winglets and other improvements to deliver the highest efficiency, reliability and passenger comfort in the single-aisle market. The new single-aisle airplane will deliver 20 percent lower fuel use than the first Next-Generation 737s and the lowest operating costs in its class — 8 percent per seat less than its nearest competitor.
BOC Aviation is a leading global aircraft leasing company with a portfolio of 253 owned and managed aircraft operated by 59 airlines worldwide in 29 countries, with commitments to acquire 203 aircraft, as of Sept. 30, 2015. BOC Aviation, owned by Bank of China, is based in Singapore with offices in Dublin, London, Seattle and Tianjin.