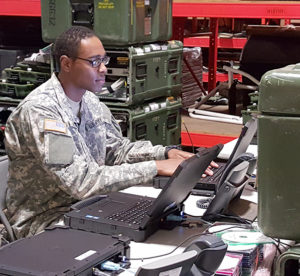 The Army is fielding upgrades for its at-the-halt tactical communications network, Warfighter Information Network-Tactical Increment 1, or WIN-T Inc 1, which will increase readiness, security and capability while reducing equipment by a third for a more powerful and expeditionary current and future force.
“As enemies become more capable at what they do, we need to become more capable at what we do,” said Staff Sgt. William Long, 392nd Expeditionary Signal Battalion, or ESB, non-commissioned officer in charge, or NCOIC, of the upgrade effort for his unit. “This new network equipment we’ll be deploying with enables us to do our job faster and more efficiently to better support the mission and our allies.”
ESBs, such as the 392nd, primarily support other units that don’t have their own organic WIN-T satellite and line-of-sight communications equipment, providing the means to exchange critical battlefield information via the network. The WIN-T network delivers high-speed, high-capacity voice, video and data communications even in the most austere locations. It is the tactical network backbone to which other networked communication systems and mission command applications need to connect in order to function.
“We are modernizing the WIN-T Inc 1 network to provide improvements in readiness, security, bandwidth and capability, while reducing size, weight and power [SWaP] requirements so the Army’s tactical network can enable a more effective and expeditionary force,” said Capt. Christopher Bieber, assistant product manager for WIN-T Inc 1. “Today WIN-T Inc 1 serves about 95 percent of the Army’s tactical network; the network at the halt; and it’s essentially the internet for the conventional Army force. Equipment modernization efforts such as these will ensure that the WIN-T Inc 1 network can continue to support U.S. forces through 2029.”
The Army began fielding the WIN-T Inc 1 Tactical Network Upgrades in October 2014. The 392nd ESB is first of its type and the second overall unit, to receive an improved upgrade baseline. 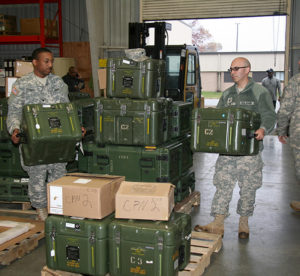 “These upgrades make the equipment run smoother and the communications equipment is a lot easier for us to work with,” said Sgt. James Hale, assistant to the NCOIC for the WIN-T upgrade.
The WIN-T Inc 1 Tactical Network Upgrades replace aging outdated equipment, such as routers, switches, servers and firewalls that are going end-of-life, while simultaneously providing enhanced capability. The upgrade reduces SWaP by combining both new and existing capabilities that once required their own hardware onto consolidated virtualized servers.
“This reduction frees up strategic lift, saves space for other critical items and reduces Soldier burden, supporting a more expeditionary force and posturing units for improved operational readiness,” said Lt. Col. Mark Henderson, product manager for WIN-T Inc 1. “Since the tactical network upgrades expand server and storage capability, they also support future network operations convergence mission requirements, the Army’s common operating environment, and software convergence initiatives.”
The upgrade’s virtualization enables the Army to reduce the number of required WIN-T Inc 1 transit cases by one third, shedding 1,000 cases across the Army and reduces the weight of the remaining cases.
“When deployed, sometimes our units have to fit into a small space [within the operational area] and this new equipment enables us to do that,” said Sgt. James Hale, assistant to the NCOIC for the WIN-T upgrade. “Additionally, for the medical or combat teams that we support, we are able to get communications up quicker; it’s saving lives, saving money. Honestly it’s doing everything it is supposed to be doing.”
Since the first fielding of the WIN-T Inc 1 tactical network upgrades last year, the Army has improved WIN-T Inc 1 baseline as commercial-off-the-shelf technology continues to improve. As a result, the WIN-T Inc 1 fleet will no longer be on same baseline as it has been in the past.
Going forward it will have three baselines (Alpha/Omega ’14, Alpha/Omega ’15, Alpha/Omega’16) with plans to continue additional new efforts into the future of the product lifecycle. These efforts are essential to ensure that the entire Army network doesn’t lose accreditation or go out of warranty at the same time, minimizing risk to the network. Having different baselines will also enable the Army to refresh equipment on different cycles as each baseline ages, instead of having to surge efforts at vastly increased costs to refresh the entire Army all at once when it nears end of life.
Each baseline will have a different generation of routers, switches, and servers. The design improvements for the new baseline fielded to the 392nd ESB double the virtual server capacity by adding a second server. Having a second server makes the network more stable and increases readiness and network reliability. WIN-T Inc 1 will continue to modernize the network equipment and each baseline will introduce slightly different hardware and more advanced capability as they become available. Future enhancements include additional software-based capability such as virtual firewalls. 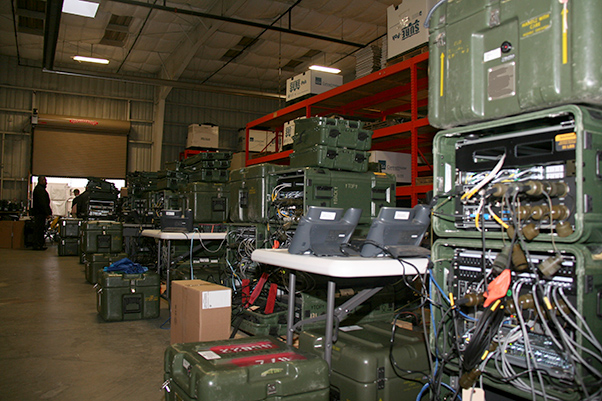 The Army is fielding modernization upgrades for its at-the-halt tactical communications network backbone, Warfighter Information Network-Tactical Increment 1, which will improve readiness and increase capability while reducing equipment by a third for a more expeditionary force.

“Continually upgrading our equipment to be faster and more efficient and to enable us to get communications up quicker is of great benefit to the Army in both the short and long term,” Long said.
The WIN-T family of systems operates as a single holistic capability to the Soldier on the battlefield, providing critical voice, video and data when and where they need it. The Army will continue to provide capability enhancements to this holistic network system, while reducing complexity to make it easier for soldiers to use, Henderson said.
To improve efficiencies in cost and time and reduce down-time for units, the Army is simultaneously fielding other network upgrades. The 392nd ESB also received the ongoing WIN-T Increment 1b upgrade, which improves the security and efficiency of the network. It adds the colorless core routing enclave, which increases the security of data as it is transported over satellites and line-of-sight links. The 1b upgrade also adds the Network Centric Waveform, or NCW, modem that optimizes bandwidth and satellite utilization and increases interoperability between the at-the-halt WIN-T Inc 1 and the mobile WIN-T Inc 2.
“Our enemies are always looking for an entry way, a way to combat and defeat our system,” said Sgt. Giovanni Flores, 392nd ESB signal specialist, who is overseeing the implementation of the WIN-T Inc 1b upgrade. “We should take advantage of any upgrade that that we have to combat intrusions so we can always stay one step ahead [of the enemy].” 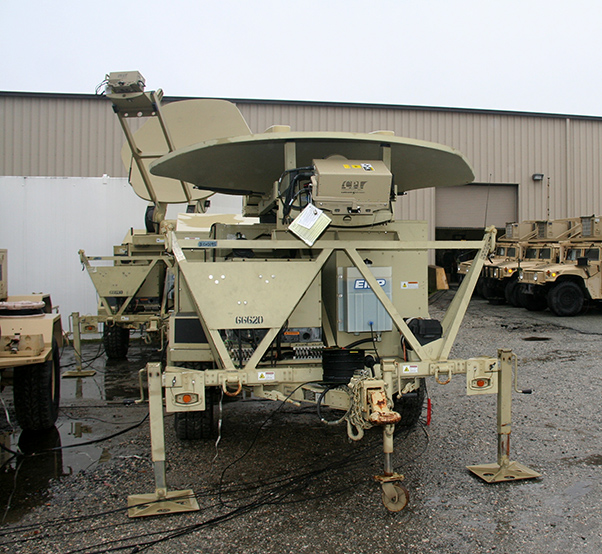 The Army Reserve 392nd Expeditionary Signal Battalion uses these Warfighter Information-Tactical Increment 1 Joint Network Nodes and satellite transportable terminals on Fort Eustis, Va., Nov. 30, 2015, to provide signal support to other units that do not have their own organic WIN-T network equipment.