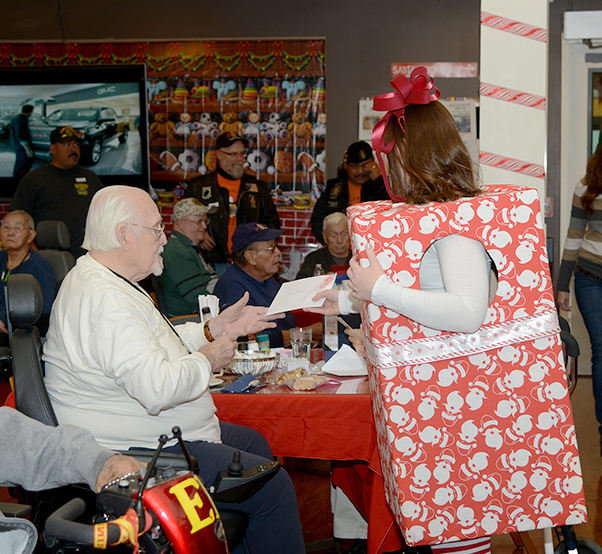 LANCASTER, Calif.–Air Force Sergeants Association Chapter 1328 and American Medical Response Antelope Valley successfully executed “Operation Bring Joy” at the William J. “Pete” Knight Veterans Home Dec. 15.
Wearing Christmas-themed costumes, the AFSA members passed out hand-crafted holiday cards and home-baked treats to the residents. With AMR, they presented a check in the amount of $1,600 for unfunded projects at the home.
The money was raised during the annual Hits for Heroes softball tournament between AFSA and AMR. At the end of the tournament the funds raised were split equally between AFSA and the veterans home. 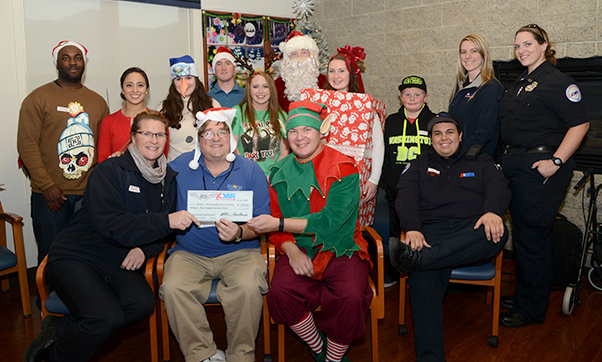 “It was just a fun, unique opportunity to show our love and support for our extended family,” said Tech. Sgt. Michael Burd, AFSA Chapter 1328 president.
Participation in “Operation Bring Joy” reached far beyond Edwards and the Antelope Valley. Burd said it was his family in Arkansas that created and shipped the holiday cards and tasty treats at their own expense to Lancaster.
Burd’s mom, Susan Burd-Reedy, is credited with the idea of making the cards. She recruited Burd’s sisters Kathryn Green and Melissa Peters, along with his nieces and nephews Nathan, Nick, Norah and Rachael to do the project. 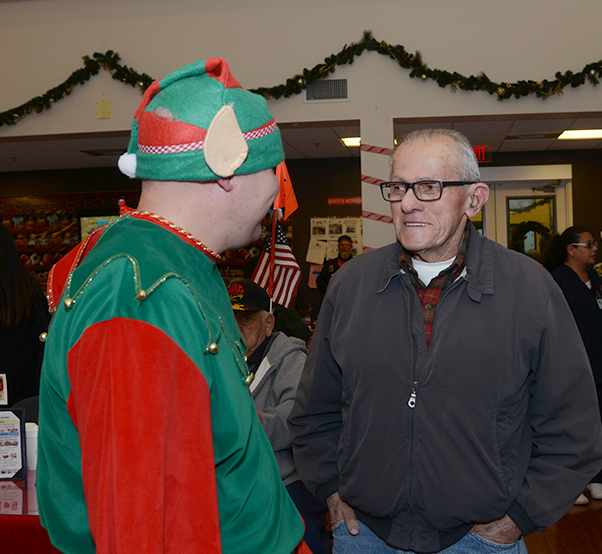 The veterans home provided a list of the residents and which branch of military they served in to Burd’s family. Every member received a card with a servicemember pin and candy cane. His family also made home-baked Rice Crispy treats and Chex mix to give to the residents.
“That level of support, it means the world — that’s my present this year,” said Burd.
He added that his family would have made the cards regardless of his involvement in AFSA because “that’s just the kind of people they are.” 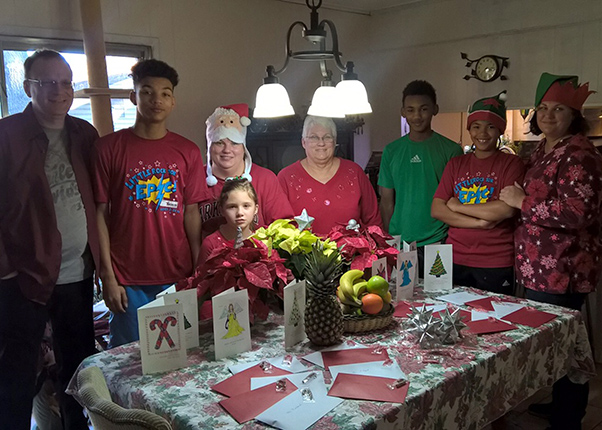 Tech. Sgt. Michael Burd’s family baked holiday treats and made Christmas cards for Operation Bring Joy. The family mailed the items from Arkansas to give to the residents of the California Veteran’s Home in Lancaster, Calif.