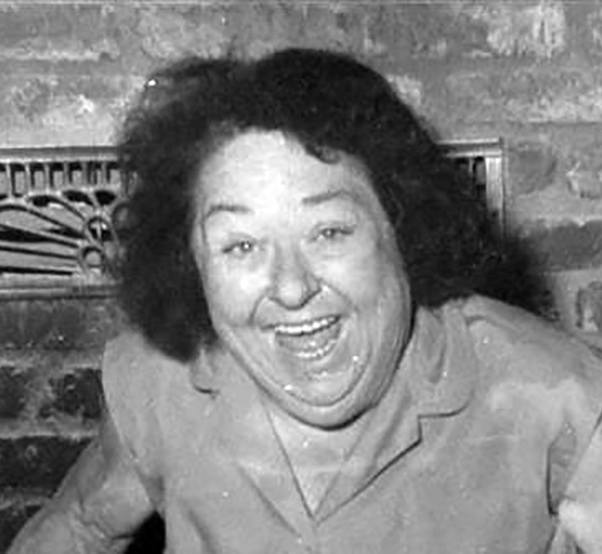 by Bob Alvis, special to Aerotech News
Pancho Barnes – what more can be said about the woman that tamed the sky on her own terms.

We are of a generation that walked the earth, or knew somebody that did, with this amazing aviator. We stand in awe or disbelief when we hear the tales of not only those who knew her but those that spun around in her world back in the heyday that was flight testing at Muroc and Edwards Air Force Base.

My Dad knew Pancho from his time at Douglas in the fifties and with the Antelope Valley Barnstormers later in the 1960s and 1970s.

Heck I even got to meet her once as a lad at an Orange Julius stand over on Avenue I in Lancaster around the mid-sixties!

When the name Pancho comes up its usually followed by colorful language and tales of daring, all the while pushing the edge of a crazed lifestyle – and in many ways it’s probably the way she would want it to be remembered.

But there was another side to this stout woman that goes untold most of the time and that is her big heart, especially when a situation arose that required a little compassion.

Thanks to a tale told by Grover Tate, we can see not only what a kind heart she had but the crazy life that went along with that heart at the never dull Happy Bottom Riding Club during the war years of the 1940s. The story goes like this:

At her club one night a young lieutenant was describing a foreign-made roadster he had seen for sale in Los Angeles. It was the most beautiful car he had ever seen and had a price tag that was way, way out of reach on his GI salary!

Pancho looked at the boy-like man pilot and the thought that he would be in combat in a few weeks, and maybe back home in a box a few more, came to her mind. She got the dealer’s name, called him and asked if he could meet her at his showroom and then announced that she was going to Los Angeles to buy a car! Now everybody in the club that night that had a car decided to load up friends and in the middle of the night this band of hot rock pilots led by one Pancho Barnes hit the long and winding two lane road on the quest for a new car in Los Angeles!

The highway from Pancho’s to Los Angeles was not the 14 Freeway we enjoy today, but good old Sierra Highway/Mint Canyon road, with very few conveniences along the way.

It took a couple of hours for the band of warriors to make it to the car dealership – but they did, and I can imagine the proprietor of that dealership had no idea of what had just rolled into his showroom. But the good thing was that they all did in one piece! Pancho then bought the snappy little roadster for the lieutenant!

Well now, here is where this story takes a turn for the funny and goes to show that Pancho was not only well connected but had a following far beyond the borders of the Happy Bottom Riding Club!

As they headed back towards Muroc through the San Fernando Valley a California sheriff stopped them and put them all under arrest for an assorted number of charges. They were all suspected of being escapees from some sort of mental confinement center!

However, Sheriff Eugene Biscailuz, the chief sheriff of Los Angeles County, had made Pancho an honorary deputy and had given her a miniature gold badge. Pancho flashed this bit of authority to the arresting officer and suggested that he call his boss for some advice before he filled up a paddy wagon and had everybody hauled off to jail.

Sheriff Biscailuz advised the officer to round up a couple more motorcycle officers to escort Pancho and her band of crazies back to Muroc! Around dawn an eerie parade of cars, led and followed by police officers with lights flashing, rolled into the parking lot of the Happy Bottom Riding Club!

There at the front of the column of cars was a very happy young lieutenant driving a British green right-hand drive roadster, and sitting next to him in the co-pilots seat was a beaming Pancho! Now how could you not like a woman like that?
Till Next time, Bob Out …