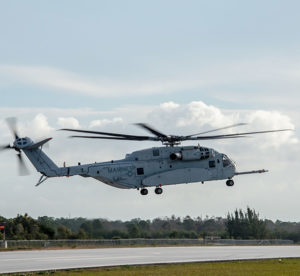 “Adding a second aircraft into flight status signifies another milestone for the CH-53K program,” said Mike Torok, Sikorsky’s vice president of CH-53K Programs. “With both aircraft in flight test, our flight envelope expansion efforts will accelerate as we continue to make good progress toward our initial operational test assessment and full aircraft system qualification.”

The first and second CH-53K heavy lift helicopter Engineering Development Models (EDM) achieved their first flights on Oct. 27, 2015, and Jan. 22, 2016, respectively. To date these helicopters have achieved over 35 flight hours combined including multiple flights with an active duty USMC pilot at the controls. As the flight test program proceeds, these two flying CH-53K helicopters will be joined by two additional aircraft to complete flight qualification of the USMC’s next generation heavy lift capability over an approximately  three-year flight test program.

These first two aircraft are the most heavily instrumented of the Engineering Development Models (EDM) and will focus on structural flight loads and envelope expansion. When the other two EDM aircraft join the flight line in 2016 they will focus on performance, propulsion and avionics flight qualification. 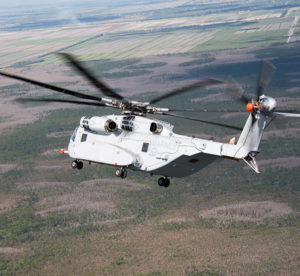 Sikorsky is now developing the CH-53K King Stallion heavy lift helicopter for the U.S. Marine Corps. The King Stallion maintains similar physical dimensions with a reduced “footprint” compared to its predecessor, the three-engine CH-53E SUPER STALLION helicopter, but will more than triple the payload to 27,000 pounds over 110 nautical miles under “high hot” ambient conditions.

The U.S. Department of Defense’s program of record remains at 200 CH-53K aircraft. The Marine Corps intends to stand up eight active duty squadrons, one training squadron, and one reserve squadron to support operational requirements.