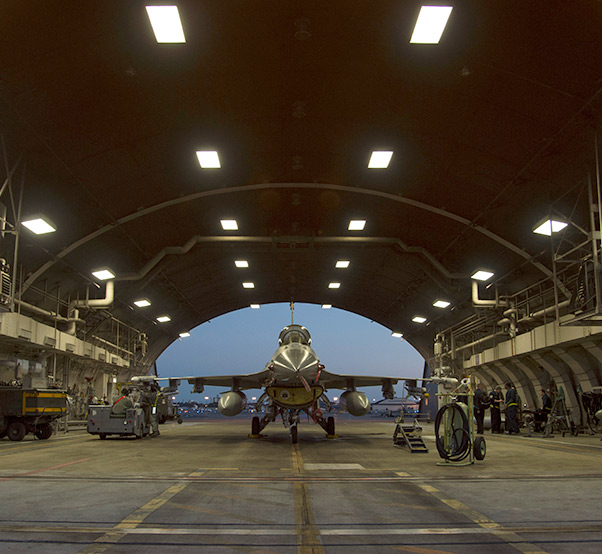 Airmen with the 35th Aircraft Maintenance Squadron arm an F-16 Fighting Falcon during a two-day surge exercise at Misawa Air Base, Japan, April 5, 2016. Along with standard maintenance to aircraft before and after flight, weapons load crew teams armed the aircraft to simulate a combat environment. During deployed operations, loading is essential for the F-16s air-to-air combat and air-to-surface attacks.

For airmen and pilots, this meant each flying squadron increased in performance from nearly 20 to about 70 missions daily.

“During surge operations our timeline is accelerated, so we’ll fly with shorter turn times to simulate what we could see in a combat environment,” said MSgt. Michael Woroniecki, the 14th Aircraft Maintenance Unit weapons flight chief. “Surge operations like this test our ability to meet a higher demand operations tempo.” 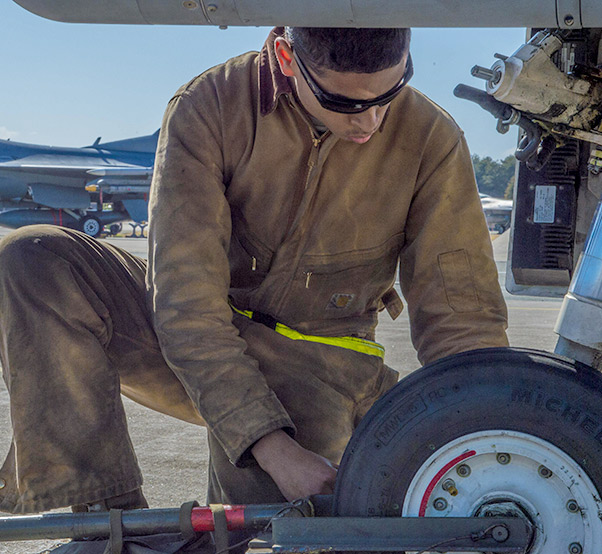 SrA. Kyle Lacy, a crew chief with the 35th Maintenance Squadron, performs a post-flight inspection on an F-16 Fighting Falcon during a surge exercise at Misawa Air Base, Japan, April 5, 2016. After aircraft land and return to their assigned crew chief, a post-flight inspection is conducted to ensure the aircraft didn’t accrue damage. During the two-day operation, the amount of time allotted for these inspections is decreased which heightens the tempo and simulates a combat environment.

To make this happen, 24-hour operations were put in place with personnel working 12-hour shifts. Sorties began at 8 a.m. and finished at midnight to increase preparedness and help pilots improve their flying skills in all weather conditions.

Along with the increased pace of jet generation, both the 13th and 14th Fighter Squadrons operated out of the same building to simulate a deployed environment.

“At Misawa you’re not used to sharing the same space or working with different people, but you still have to make the mission happen,” Plocinkski said. “It takes more planning and coordination than we would normally do on a day-to-day basis.” 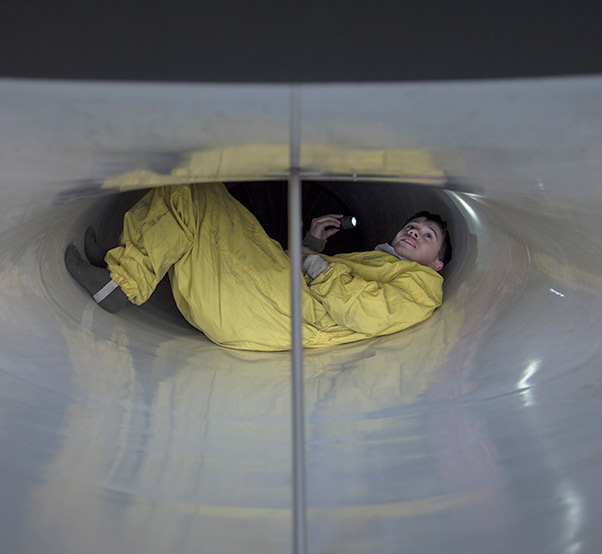 SrA. Bradley Poirier, a crew chief with the 35th Aircraft Maintenance Squadron, inspects the intake of an F-16 Fighting Falcon during a two-day surge exercise at Misawa Air Base, Japan, April 5, 2016. Aircraft intakes are checked for appearance of foreign object debris or damaged blades during post-flight inspections. Protective suits are worn to increase maneuverability and prevent damage to the intake.

As scenarios were carried out, data was gathered to determine the success of the surge exercise.

“After action reports are completed by gathering input of what worked and didn’t work, and how the missions themselves went,” Plocinski explained. “We then take those lessons and apply them the next time we do this.”

Exercises like these are held when wing leadership determines it’s necessary to sharpen proficiency in aircraft maintenance resiliency and operational agility. Plocinski said they enhance the wing’s ability to effectively and efficiently generate F-16s and remain combat ready. 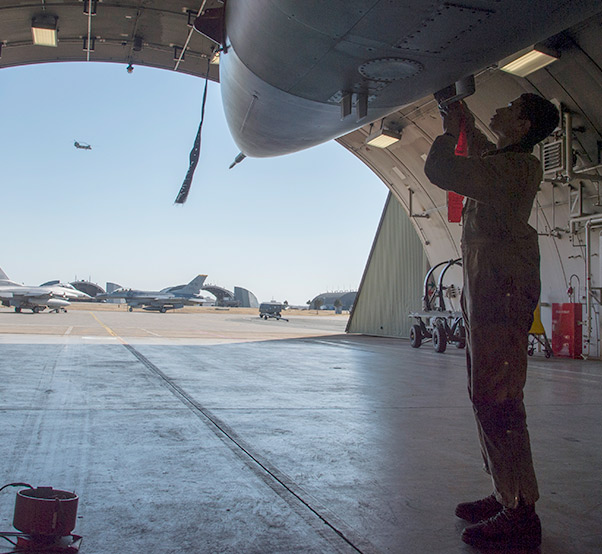