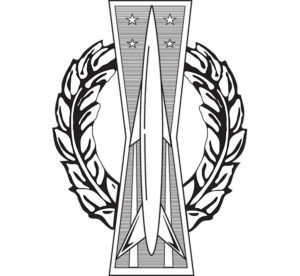 The commander of Air Force Global Strike Command at Barksdale Air Force Base, La., in concert with Headquarters Air Force Strategic Deterrence and Nuclear Integration Directorate, has directed a review of the 13N career field.

The goal is to create a self-sustaining career field that places a premium on experience and expertise at the wing level, while developing officers for future leadership positions across the Air Force and nuclear enterprise.

“For nearly 50 years, our (intercontinental ballistic missile) crew force has been manned almost entirely of first-assignment officers,” said Gen. Robin Rand, the AFGSC commander. “We employed young officers for four years, and then forced many of them out of the career field to meet manpower needs across the Air Force. No other career field does this, and it has created a number of challenges for the ICBM community.”

In the past, instructors, evaluators and flight commanders were all in their first four years of Air Force service. Missile squadrons were comprised of a very young crew force led by a lieutenant colonel-level operations officer and a squadron commander, with no intermediate leadership positions.

“Overly strict policies and procedures were set in place as a substitute for a more experienced, mature, and engaging mid-level leadership,” said Brig. Gen. Fred B. Stoss, the AFGSC director of operations. “Wouldn’t we rather have an experienced instructor engage young lieutenants one-on-one to show them the way rather than subject the lieutenants to large group training sessions with make or break exams three times a month?”

The recently implemented “three year plus three year” initial crew tour construct significantly improved crew force experience, but it did not establish a self-sustaining career field. The next logical step will require accessing the right number of 13N officers to sustain the career field over time, while eliminating the need to crossflow officers to other career fields. This means fewer accessions coming into the career field, but they will all be retained after the first assignment.

“All of the senior 13N officers agree this is the right thing to do,” said Lt. Gen. Jack Weinstein, the deputy chief of staff for strategic deterrence and nuclear integration. “We have been relying on a very young crew force to execute a nationally critical mission without the mid-level leadership they deserve. Other Air Force operations squadrons have a better balance between experience and inexperience, and that is where we are headed.”

Not only will the restructure balance accessions with retention, thus eliminating crossflows, it will review and adjust grade structures across the entire career field, resulting in a redistribution of major and lieutenant colonel billets to create a smooth rank structure pyramid seen in all other career fields.

Simultaneously, nuclear-related billets across the Air Force will be reviewed to determine if they are well suited for inclusion in the 13N career field; this will likely result in additional assignment opportunities for all 13N officers. As with other career fields, 13N officers will continue to be afforded Air Force-wide cross training opportunities such as undergraduate pilot training or the Funded Legal Education Program.

“I see the Air Force relying heavily on the 13N career field as the backbone of nuclear expertise,” Rand said. “In the future, just about every organization with a nuclear mission should have a 13N officer assigned to provide expertise in nuclear policy, command and control, and weapons effects.”

“A team from across the Air Force and command is working the restructure plan that is slated for review in May 2016,” Stoss said. “While it will take several years to grow the right rank structure, we believe we can terminate crossflows as early as 2019.”

“I greatly appreciate the support to our Airmen and the commitment by senior Air Force leadership in bringing the ICBM community into standard Air Force operations,” said Maj. Gen. Anthony Cotton, the 20th Air Force commander. “This is the most significant change to the ICBM culture in 50 years, and will have a lasting and positive impact.”