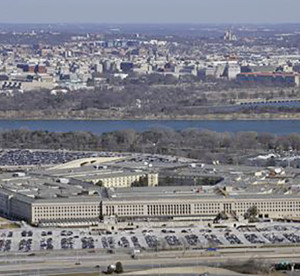 The Defense Department is restructuring its headquarters staffs as it looks to save $1.9 billion in a 25 percent reduction of costs.

The Defense Department is restructuring its headquarters staffs as it looks to save $1.9 billion in a 25 percent reduction of costs.

Tillotson’s office is tracking the resulting reductions associated with major headquarters activities, he said. Within the Office of the Secretary of Defense staff, 309 positions are being reduced, he said, including 243 that are filled. In defense agencies and field activities, 1,260 positions are slated for reduction, he said.

The restructuring is occurring over several years, and the intent is to implement changes through attrition, over time, he said. Positions are being modified or eliminated to accommodate the new business model, Tillotson added, emphasizing that involuntary cuts are not happening at this time.

DoD expects the vast majority of impacted workers — upwards of 96 percent — will be placed in other positions or take voluntary actions, such as an early retirement or separation incentive payments, he said.

“By starting now, we have multiple years to address the issue,” Tillotson said.

The goal of the restructuring is to reduce costs so DOD can shift those resources into modernization of the force and improving readiness and training, he explained.

In a memo from August 2015, Deputy Defense Secretary Bob Work directed a 25-percent reduction of all appropriations funding for major DOD headquarters activities of military departments, the Office of the Secretary of Defense, the Joint Staff, defense agencies and field activities and combatant commands.

Employees have options if they are in positions that are slated to be eliminated, Tillotson said.

Defense Department officials are urging supervisors to work with employees who are in impacted billets, and help them plot out their future, said Barbara Westgate, director of Washington Headquarters Services.

“We strongly encourage leadership and management to more broadly review the skillset of the employees who are affected by this, to put them in positions that you might not have considered them for previously,” she said.

However, she said, involuntary cuts could happen at the end of the process if an employee in a slot that is slated for reduction takes no action. That is the last resort, Westgate said, and the department’s leaders do not want that to happen.

With the restructuring happening over several years, employees can build their skills, seek out new opportunities, and take charge of their future now, she pointed out.