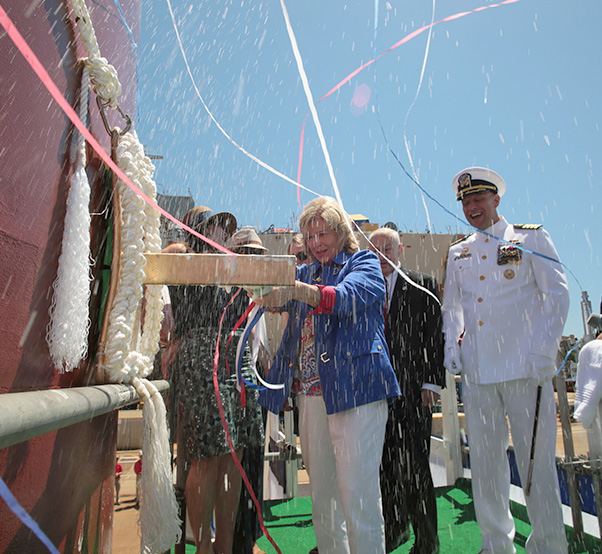 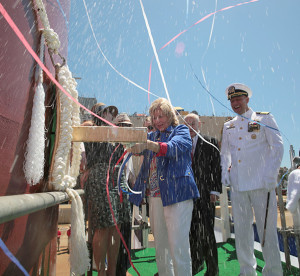 The ship is named for Petty Officer 2nd Class Michael Monsoor, who was deployed to Iraq in Operation Iraqi Freedom and was killed Sept. 29, 2006, in Ar Ramadi, Iraq.

Fred Harris, president of General Dynamics Bath Iron Works, said “We all understand the importance of what we do – building ships that will protect our sailors and marines, providing them the best possible tools to do their jobs safely. We are proud to build ships that serve our nation and honor the sacrifices of American heroes like Petty Officer 2nd Class Michael Monsoor.”

The keel for Michael Monsoor, the second ship in the Zumwalt class, was laid on May 23, 2013.