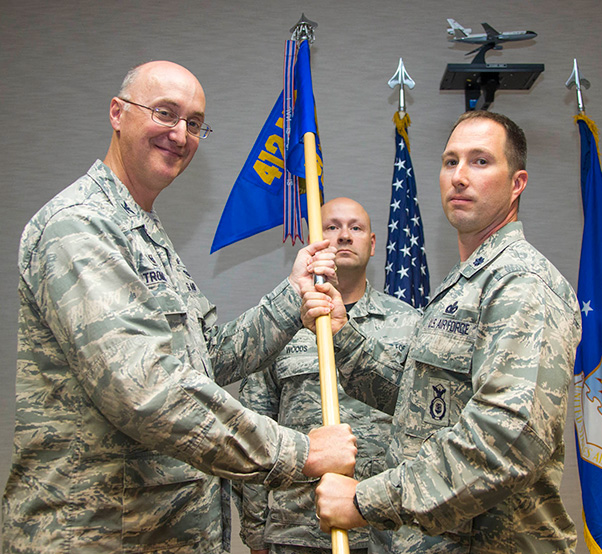 Col. George Tromba (left), 412th Mission Support Group commander, hands the guidon and reins of the 412th Security Forces Squadron, Edwards Air Force Base, Calif., to Lt. Col. David Watts July 29, 2016. Watts will lead the force that protects the base populace, aircraft and other assets, along with providing police services. He comes to Edwards from Barksdale Air Force Base, La., where he was security forces commander there.