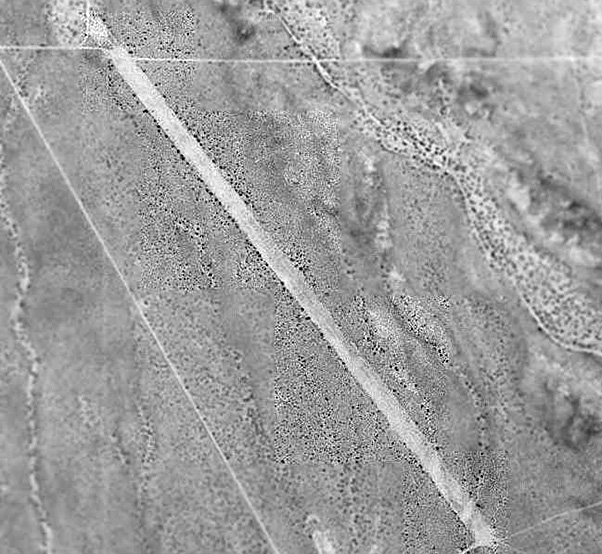 Air Force Plant 72
We who live here in the Antelope Valley are well aware of our famous Air Force Plant 42 that has contributed so much to Aerospace history for decades and employed thousands of workers that made that history possible.

Doing some online research, I came across an interesting article that will tickle the imagination and add to the “Area 51” mindset of folks that love a good mystery.

Very few people know that we almost had another Air Force plant that never materialized here in the Antelope Valley. With some creative thinking and poking around, maybe we can find out what Air Force Plant 72 was all about.

North of Edwards Air Force Base near present day Boron sits an abandoned airstrip that received the designation of Air Force Plant 72 back in the 1950s. Many think that it was built to support the Boron Air Station, but nothing ever happened to connect the two with any kind of joint operation, and so head-scratching still leaves the question — what was the plant all about?

Looking around the area and harking back to the 1950s, a few clues start to emerge if you’re willing to think outside the box a bit. Remote area, Borax and a flight test center all in the same proximity of each other. What would those three things bring to the table for an Air Force Plant? 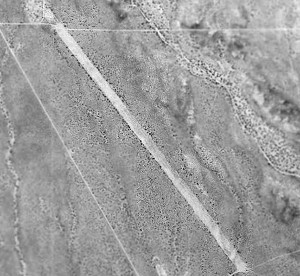 So how about a hypothetical explanation about the purpose of the Boron Air Force Plant 72, as offered by engineer and author Dennis R. Jenkins: “I believe the secret of this never-built facility is ‘hidden in plain sight’!

Plant 72, had it been constructed, would have produced boron-based jet fuels for high-performance aircraft of the 1960s.

The use of boron compounds as jet and rocket fuels was a high-priority, top-secret program in both the U.S. Air Force and Navy during the 1950s.

A side benefit that adds to the discussion is that boron-6 is a great absorber of neutrons, so a nuclear-powered airplane could use big tanks of borane compounds around the reactor as primary neutron shielding.

If the reactor failed, the boranes could be used as get-home fuel!

The B-70 design was originally predicated on using the J93-GE-5 engine with HEF-3 in the afterburners fed from separate fuel tanks.

Later, the intent was to shift to HEF-4 which could be used in the main burners as well. 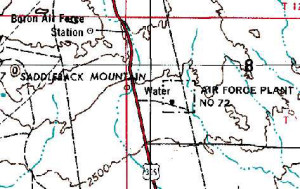 The BOMARC missile program also considered shifting to HEF in its ramjets.

The Navy also made elaborate plans to store HEF or ‘zip’ fuel on carriers. These fuels turned out to have some disadvantages: they were very expensive to make, left solid deposits in tailpipes, and were extremely toxic, even worse than the rocket fuels of this era.

The whole program was canceled in 1959 and the XB-70 reverted to a new high-energy kerosene fuel called JP-6.

By converting one of the two bomb bays into a fuel tank the original range goal could be met with JP-6. So I suspect that Air Force Plant #72 would have been a chemical plant, producing HEF-3 and/or HEF-4 from the abundant deposits of borax in the Mojave dry lakes.

The location near Edwards would be ideal to supply XB-70 or nuclear bomber test operations without having to truck the deadly brew through populated areas.

And a leak at the plant would not produce a Bhopal-type disaster.

The land was probably reserved in 1957-59 and found its way onto maps, where obsolete and never-finished facilities seem to have an infinite life.”

This particular theory was authored by Jenkins in a Warbird Tech Series volume.

So there you go, just an idea being floated around out there that does make a bit of sense in relation to what the time period was all about. I guess we are blessed in a way that Plant 72 never came into existence. Those of us that lived and grew up here were spared the possibility of “glowing in the dark” if those nuclear bombers were ever made, as our desert breezes have a way of covering everything in a fine dust picked up off our desert floors and dry lakes!

So till next time, Bob out …