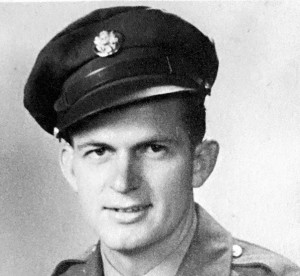 Raymond Odom, U.S. Army Air Forces veteran, joined the service during World War II on Feb. 23, 1943. In early May of 2016, a groundsman from RAF Hontington, England, found a dog tag that belongied to Odom while metal detecting on what use to be known as RAF Knettishall, England. The tags are being returned to their rightful owner.

In early May 2016, Andy Fuller, a grounds man from Royal Air Force Honington, England, swept his metal detector over the soil of what used to be known as RAF Knettishall, a base that served as U.S. Army Air Force Station 136 – the home of B-17 Flying Fortress responsible for targeting naval installations, refineries and communication centers in key locations during World War II.

The historical grounds of RAF Knettishall, which was last active in 1957, paint a picture of what occurred there more than 70 years ago. Only a few buildings and patches of the old runway remain as a reminder of RAF Knettishall’s rich history with one of the buildings being turned into a museum for the 388th Bomb Group.

As he swept the grounds, Fuller reached down to find a slight glimmering object that was weathered from its years at rest. What he found was a small piece of metal bearing the name: Raymond Odom.

Dog tags are one thing all service members carried into battle with them. The tags from World War II were stamped with the military member’s name, rank and service number. These tags served as a form of identification for a military member who were killed in action or injured and otherwise unable to identify themselves.

“Fuller had permission from the land owner, Collin Davey, to sweep the area and that’s when he found the [single] dog tag,” explained Julie Brown, RAF Honington deputy meter officer. “He then got in touch with Cpl. Ed Stanley, an armorer at RAF Honington, to explain his findings who then took it upon himself to research the history of the tag.” 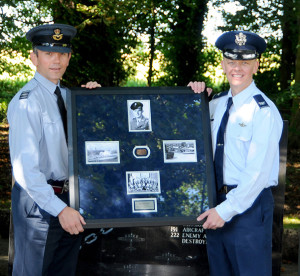 Wing Commander Matt Cornish, officer commanding support wing at RAF Honington, and U.S. Air Force Col. Derek Salmi, 100th Operations Group commander, pose in front of the 388th Bombardment Group, 8th Air Force memorial with a framed World War II U.S. Army Air Forces dog tag that was found while metal detecting on the former RAF Knettishall grounds near Knettishall, England, Aug. 12, 2016. This repatriation of the U.S. service member’s dog tag marked the official receipt from the RAF to the U.S. Air Force on behalf of the surviving service member who was assigned to the 388th BG and 8th AF, and is currently living in Louisiana. Following this ceremony, the dog tag will be transported to the 8th AF in Louisiana where it can then be officially presented to its rightful owner.

Stanley learned that Odom joined the U.S.A.A.F. during World War II on Feb. 23, 1943 with a delayed enlistment until March 2, 1943. Odom was assigned to the 388th BG, stationed at RAF Knettishall, after graduating U.S.A.A.F. Tactical Training Course July 31, 1943, at the Ohio Institute of Aeronautics.

During his research, Stanley discovered that Odom was alive, well and living in the U.S. He then proceeded to contact Odom’s daughter, Debbie Ball, through social media.

“When I first found out [one of] his tags had been found, I was excited because that was a part of my dad I knew very little about. I didn’t even know his tags were lost,” Ball explained. “Dad never really talked about his experience in the war until recently, so I thought this would be a nice time to get the tags back to him.”

After speaking with Ball, the plan for the repatriation of the World War II veteran’s dog tag was set in motion.

“Debbie asked if we could arrange for the dog tag to be presented back to her dad,” Brown said. “That’s when I contacted Senior Master Sgt. Brian Boisvert, 100th Air Refueling Wing Public Affairs superintendent, to officially hand over the dog tag to the U.S. Air Force.” 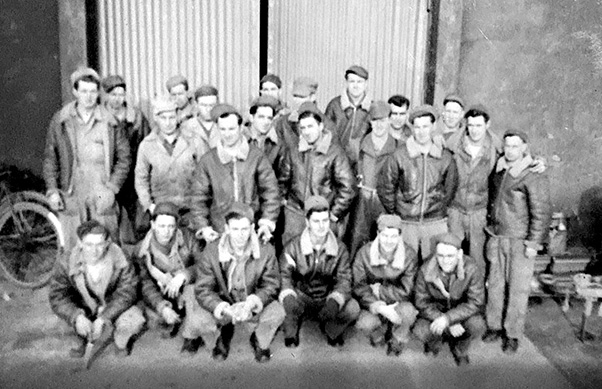 Raymond Odom, U.S. Army Air Force veteran, served in the 388th Bomb Group during World War II. One of Odom’s dog tags were found while metal detecting on the former RAF Knettishall near Knettishall, England. The U.S. and U.K. Air Forces are working together to bring these tags back to their rightful owner.

The presentation of the dog tag to the U.S. military was the first step in bringing the tag “home.” From there, the tag was shipped to Barksdale Air Force Base, La., not only because that’s the closest U.S. military base to Odom, but also because this base serves as the 8th Air Force home, under which the 388th BG was subordinate.

“My dad knows that his dog tag might have been found, but he has no idea what has been done to honor him,” Ball exclaimed. “That’s the part I’m so excited about! He will be so humbled that the Air Force has put this much effort in the return of his tag and putting together a display to be able to show them off!”

The wait to reunite Odom with one of his dog tags, lost long ago in World War II has taken 70 years but it is a time that is finally coming to pass.