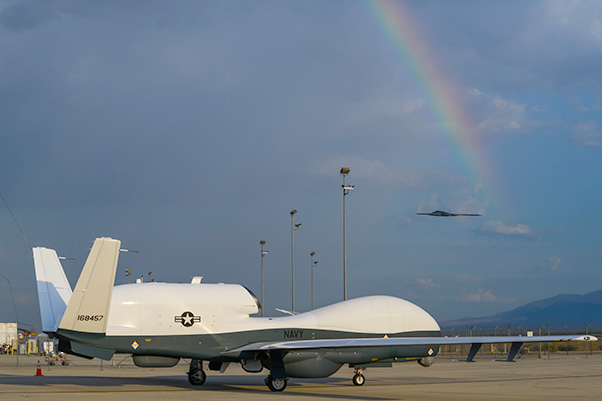 The decision marks the beginning of the production and deployment phase of the DOD acquisition process.

An integrated test team made up of Navy personnel from Air Test and Evaluation Squadrons VX-1 and VX-20, Unmanned Patrol Squadron, VUP-19 and Northrop Grumman demonstrated the true reliability of Triton going into Milestone C. The team analyzed and validated sensor imagery and performance at different altitudes and ranges. The aircraft system’s ability to classify targets and disseminate critical data was also examined as part of the OA testing. Successful evaluation of Triton’s time on station confirmed that it will meet flight duration requirements. Triton also transferred full motion video to a P-8A Poseidon in flight, proving a key capability to significantly enhance its ability to detect, track, classify and identify maritime threats.