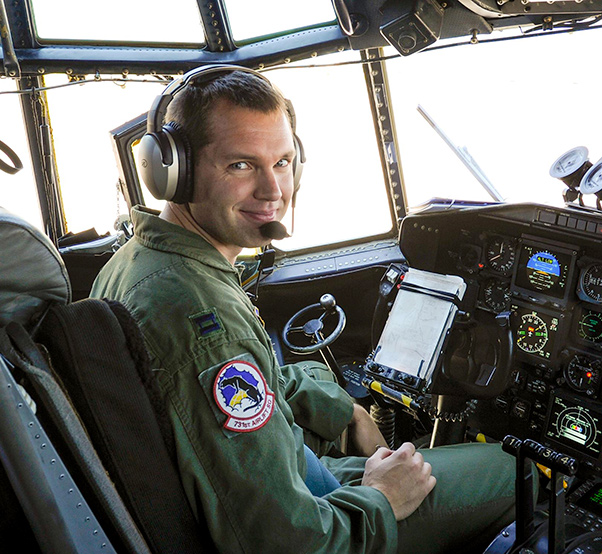 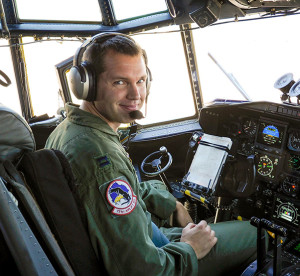 Capt. John Lockheed, of the 302nd Airlift Wing at Peterson Air Force Base, Colo., is a fourth-generation pilot in his family.

Some people say flying is in their DNA. That couldn’t be truer for Capt. John Lockheed, an Air Force Reserve pilot assigned to the 302nd Airlift Wing at Peterson Air Force Base, Colo. He’s a fourth-generation pilot — continuing a family tradition that encompasses more than a century of flight.

Lockheed’s great-grandfather, Allan Lockheed, was one of America’s aviation pioneers. Allan never graduated from high school and started as a mechanic by trade, but he had a vision for aviation that led to accomplishments that even he never imagined.

In 1910, just seven years after the Wright brothers’ first flight in 1903, Allan was working as a mechanic for the owner of a Curtiss Pusher biplane. Two pilots had been hired to fly the aircraft, but neither one could get the aircraft off the ground. The owner was prepared to give up and sell it when Allan asked for a chance to fly the plane.

He spent the night before his first scheduled flight attempt redoing the rigging and tuning the engine. The next day, 21-year-old Allan climbed into the biplane in a field in Chicago and on his first try got stuck in the mud. On his second attempt, the aircraft took off, and Allan managed to land it. He kept at it and was eventually able to gracefully fly all around the field. Thus began his love for aviation.

Allan passed on his love of flying to his son, John Allan Lockheed. John inherited his father’s gift for engineering and graduated from the California Institute of Technology. He experienced his first flight at age 2 with his father in the F1, a twin-engine seaplane.

John was an aeronautical engineer his entire life, but his dream was to retire and own his own aircraft. At one point during World War II, he worked for Vega Aircraft Company, which was a division of Lockheed.

John’s son, John Jr., grew up flying with his father but chose a different path and wanted to be a musician. However, he couldn’t stay away from the family business forever. After five years of touring with his band, he moved back to his hometown. John Jr. picked up all his licenses and ratings for commercial aircraft and became the third generation of his family to fly. He simultaneously worked on a physics degree in his spare time and eventually was hired by Lockheed Missiles and Space in Sunnyvale, Calif.

“I flew gliders, and the first time I got my license and took my dad for a ride was one of the proudest moments of my life,” John Jr. said.

Lockheed grew up flying with his father, John Jr., and always wanted to be a pilot. Like his father and grandfather before him, he took a roundabout way of getting there.

“It’s a family thing,” he said. “I grew up in airplanes flying, and it was the unwritten rule. I wanted to fly, specifically in the military, which required a commission. 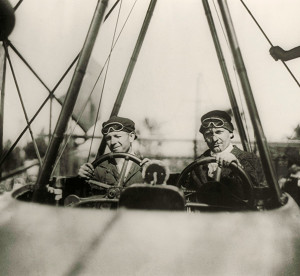 “I always wanted to fly C-130s because I love how broad their mission is and because it’s a Lockheed aircraft. It goes back to my roots.”

To help pay for college, Lockheed joined the Air National Guard in Oregon directly out of high school and became an air traffic controller.

“There was an aspect of the military that was intriguing — the type of flying is different and unique, and you get to do things that people only dream of,” the captain said. “I was the first person in my family in the military since World War II.”

After completing training and going on a deployment, he attended the University of North Dakota and majored in air traffic control. He graduated in 2006 and worked briefly for Lockheed as a flight service specialist. He then worked for the Federal Aviation Administration and after that was a contractor in Afghanistan.

While working in Afghanistan, Lockheed called the 302nd AW to see if the unit was hiring pilots. It wasn’t. However, the wing was hiring navigators. He joined the 731st Airlift Squadron and was sent to Officer Training School to earn his commission. Lockheed then went to navigation school and earned his wings, after which he came back and served in the unit.

While he enjoyed being a navigator, he still hadn’t reached his ultimate goal of becoming a pilot. Lockheed eventually met the pilot selection board and was chosen to attend undergraduate pilot training. He received his pilot wings in October 2013.

“Before my great-grandfather and his brother started flying, they were known as mechanics,” Lockheed said. “They liked to build and invent and tinker with things. I share a lot of those traits. I always have a project on the side, something hands-on. And while flying is fun in general, it is also very hands-on, and there is a touch of perfectionism that comes with flying. It just all rolls together with how I operate.”

In his six years in the ANG and eight years in the Reserve, Lockheed has served as an air traffic controller, a navigator and a pilot. He is about to begin a civilian job in commercial aviation and plans to continue flying with the 302nd as a citizen Airman. He also said he looks forward to one day qualifying and flying as part of the Air Force Reserve’s Modular Airborne Fire Fighting System mission.