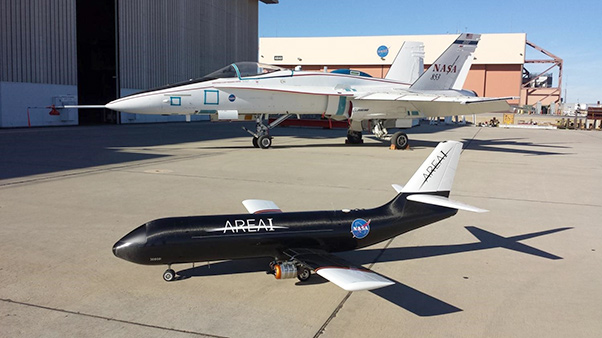 NASA is developing and validating a system that will allow part of an aircraft’s wing to fold in flight to increase efficiency through wing adaptation.

Engineers at NASA’s Armstrong Flight Research Center in California, Langley Research Center in Virginia, and Glenn Research Center in Ohio, are working on the Spanwise Adaptive Wing concept, or SAW. The concept would permit the outboard portions of the wings to move to the optimal position during operation. This could increase efficiency by reducing drag and increasing lift and performance.

Through advanced actuation, SAW aims to use control surfaces to allow the outboard portions of wings to adapt as much as 75 degrees, to optimally meet the demands of the various conditions throughout a flight. A mechanical joint, acting as a hinge line for rotation, makes the freedom of movement possible.

The ability to achieve an optimal wing position for different aspects of flight may also produce enough yaw control to allow for rudder reduction on subsonic and supersonic aircraft, which may provide additional benefits to aircraft efficiency, such as reduced drag and weight.

Folding-wing capabilities have been around for decades. However, wing-folding articulation, or shaping, has generally been used as a method for the conservation of deck space on aircraft carriers and aircraft storage areas. NASA is looking at ways to apply these methods to aircraft in flight, for the advancement of aviation. While the XB-70 Valkyrie examined wing articulation 50 years ago, modern actuator technology makes it possible to explore deeper into its potential benefits, says Moholt. 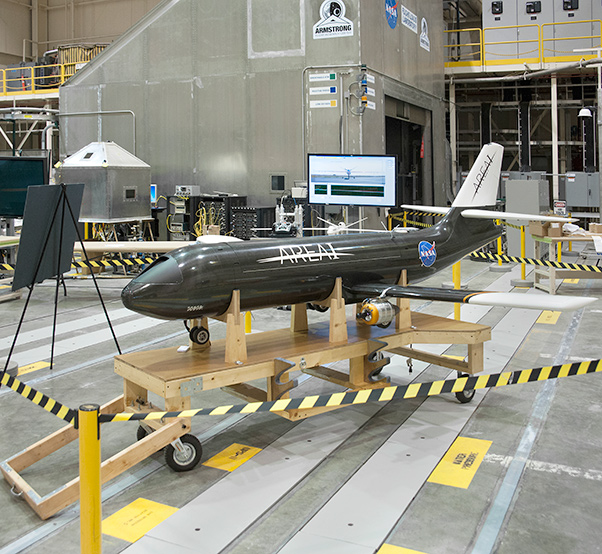 The objectives of testing on PTERA include the development of tools and vetting of system integration, evaluation of vehicle control law, and analysis of SAW airworthiness to examine benefits to in-flight efficiency.

“We are revisiting folding-wing aircraft because new technologies that did not exist in the 1960s allow actuation to be put in tighter wings, in smaller volumes,” said Moholt. “Now you can articulate a very small, thin air foil, whereas before the actuator technology didn’t exist.”

The increase in the size of aircraft, including the integration of higher aspect ratio wings, has made wing articulation more practical in areas of heavy aircraft ground operation. Moholt says NASA seeks to unlock further benefits from the technology, by applying it to flight. This is made possible, he says, through the use of advanced actuators.

“Some wings are so long that to clear infrastructure it has to fold on the ground. If we’re going to be articulating wings, let’s use an advanced actuator that would enable it to articulate in flight as well, then you can really put the wing in an ideal setting,” said Moholt. “Why just take the ground benefit of it? Let’s take the flight benefit of it as well.”

The development of advanced actuation makes possible a design that is both compact and lightweight, minimizing stress on the wing and allowing for more compact packaging. Conventional systems have proven to be heavy, bulky systems, too large for practical use on an aircraft. These have included gear boxes and hydraulic, pneumatic, or magnetic motors. NASA engineers believe actuator technology has advanced and may be dramatically reduced in size and weight.

Additionally, these solid-state actuators can be driven by an all-electric mechanism, contributing to NASA’s goal of exploring the benefits of low-carbon propulsion under the agency’s Aeronautics Research Mission Directorate.

Moholt says that the benefits of wing articulation spans across several regimes, from taxiing on the ground, to takeoff, to cruise and even to supersonic flight.

“In supersonic flight, yaw stability becomes a big issue,” said Moholt. “If you’re flying supersonically, you have tons of lift. Let’s say you need more yaw control. Well, if I fold the wing portion all the way down, I can trade lift in favor of more yaw control where I need it and less lift where I don’t need it.” 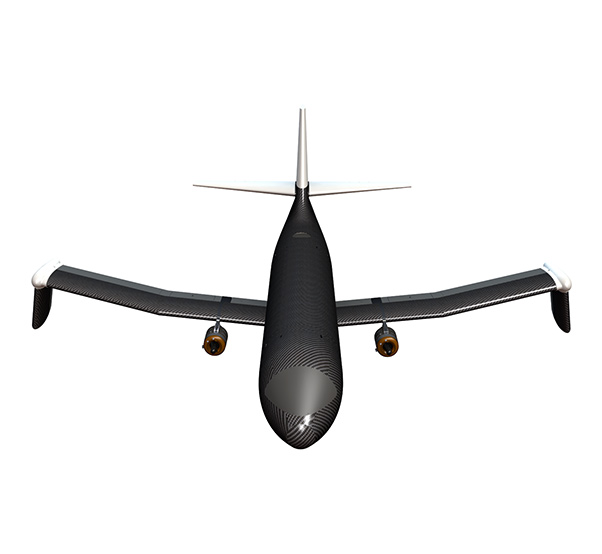 The Spanwise Adaptive Wing concept seeks to enhance aircraft performance through allowing the outboard portions of wings to adapt, or fold, according to different flight condition demands. NASA engineers believe this could create lateral-directional stability and reduce drag.

The concept may be flight tested on the subscale Prototype-Technology Evaluation and Research Aircraft, or PTERA, as early as Spring 2017. Concept research will be augmented by ground tests of much larger actuators, capable of relevant scale wing actuation. The objectives of testing would include the validation of tools and vetting of the system’s integration, vehicle control law evaluation, and analysis of SAW’s airworthiness and potential benefits to inflight efficiency.

PTERA, developed by Area-I out of Kennesaw, Ga., is an ideal test platform because it is outfitted with full research instrumentation. The research vehicle gives the team a chance to apply real air loads in a real air environment to vet the control system.

SAW is a collaboration between NASA, Boeing and Area-I, and is funded through NASA’s Convergent Aeronautics Solutions, which is a project under the agency’s Transformative Aeronautics Concepts Program.