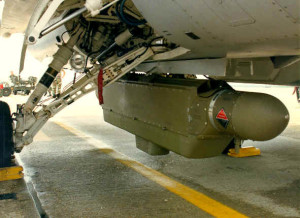 Currently operational in the United States and 11 other countries, the Northrop Grumman AN/ALQ-131 pod is one of the most successful ECM systems ever built.

Northrop Grumman has been awarded a contract by the Royal Netherlands Air Force to upgrade the AN/ALQ-131 electronic countermeasure pods for its F-16 aircraft fleet. The upgrade includes new threat detection and jamming capabilities to allow aircraft to operate safely in the modern threat environment.

Currently operational in the United States and 11 other countries, the AN/ALQ-131 pod is one of the most successful ECM systems ever built. The company has more than 60 years of experience in electronic warfare protecting a variety of aircraft and aircrews, including A-10, B-1, B-52, C-130, F-15, F-16, F/A-18 and F-35.