The day began like any other at Bagram Airfield, Afghanistan.

The sun rose blindingly bright over the mountains. Security forces members grabbed their coffee and their body armor on the way to their patrol vehicles. F-16 Fighting Falcons thundered down the flightline for their quick climb into the sky.

What marked this day as different were the holiday decorations, lovingly sent from home, placed around each unit, and the cheerful “Merry Christmases” being said to passersby.

“Christmases aren’t the same downrange,” said Tech. Sgt. Joe Collett, 455th Expeditionary Aircraft Maintenance Squadron expeditor. “It doesn’t feel like Christmas, it’s kind of just another day. So, you have to do those things that make it feel like Christmas.” 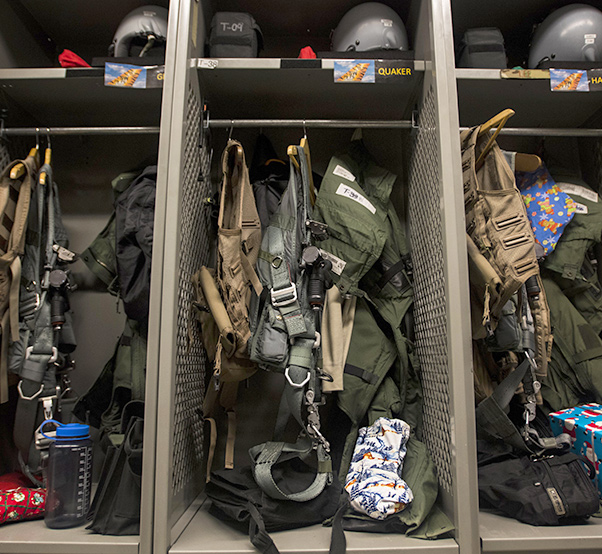 Christmas presents sit in lockers alongside flight gear in the 79th Expeditionary Fighter Squadron Dec. 25, 2016 at Bagram Airfield, Afghanistan. Many units held Secret Santa or White Elephant gift exchanges, along with other holiday events to celebrate Christmas while deployed.

Collett sat in the break room of his unit and played Christmas carols on his guitar. His bass voice rang out clear in the tones of “Silent Night,” and other familiar tunes. Units across the base continued their mission but still found ways to “make it feel like Christmas.”

Capt. Ashton, an F-16 Fighting Falcon pilot with the 79th Expeditionary Fighter Squadron, flew a mission and came back in time to watch his daughter open Christmas presents back home.

In addition to missions flown by Ashton, 679 missions were handled by airfield operations that day.

“We do what we do so people back home can do what they do,” Ashton said. “Today was no different.” 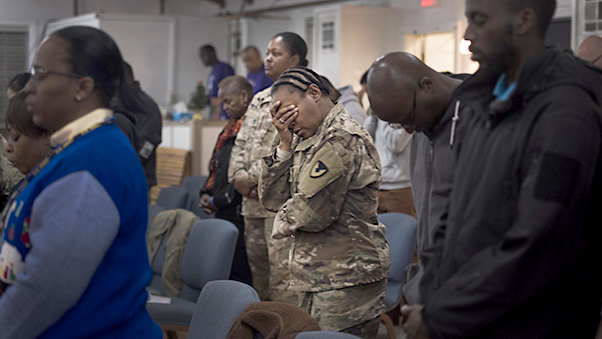 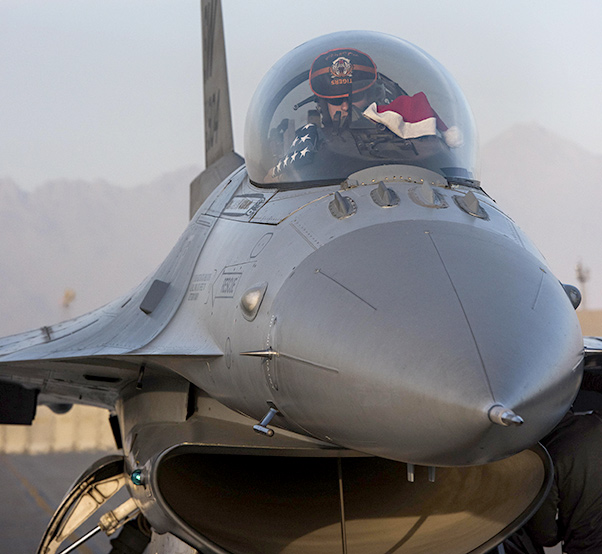 Capt. Ashton, 79th Expeditionary Fighter Squadron F-16 Fighting Falcon pilot, prepares to taxi before launching on a mission Dec. 25, 2016 from Bagram Airfield, Afghanistan. While units offered their members time to connect with families and celebrate Christmas, the mission still continued and 679 operations were flown that day. 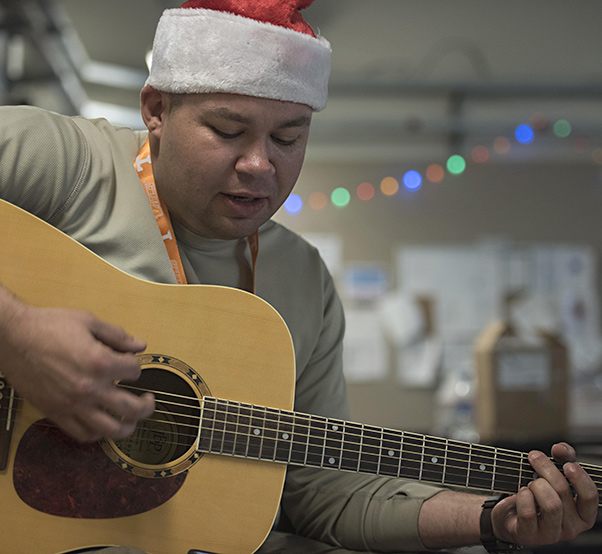 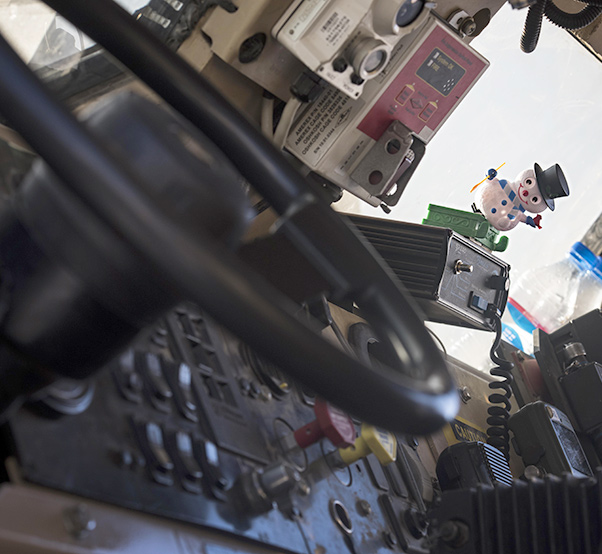 A snowman figurine sits on the dashboard of a mine-resistant, ambush-protected, all-terrain vehicle belonging to the 455th Expeditionary Security Forces Squadron before a team left for patrols Dec. 25, 2016 at Bagram Airfield, Afghanistan. Units put up holiday decorations sent from home throughout their areas to help celebrate the season.