Those of us who grew up in the Antelope Valley are familiar with that marine layer that hugs the tops of the mountains south of Palmdale.

Come the months of May and June, the so-called “June gloom” makes our weather a bit of a rollercoaster, as wind, heat and cold all find a home here in the Valley and in the foothills. 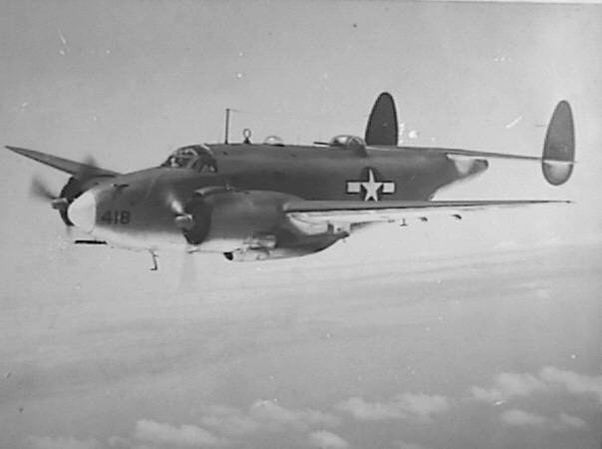 During the year the clouds can roll across our hills at any time, like a mystical tidal wave whenever conditions permit. Many years ago, it created a hazard that today — thanks to technology — is a rare occurrence. Today as we look to our south, old-timers in the A.V. might think of the tops of those peaceful looking mountains as a brutal reminder of the mistakes of man.

Lockheed test pilot George Dory had a scheduled check-out of a PV-1 Ventra twin tail, twin engine World War II era bomber that required him to fly up to Palmdale Army Airfield (Plant 42 nowadays), and then a quick turnaround and back to Burbank.

The date was Feb. 2, 1944, and his crew of three gathered late in the morning for the scheduled check out flight. The weather was gray overcast and the routine flight to Palmdale was just another trip out of the many that was flown under the same conditions many times before. George, Paul Sunday, James Seargent and Donald Jackson settled into their routines, the aircraft door closed up and the engines spun to life, little knowing that tragedy was just a hilltop away north of Acton.

Wheels up at 1 p.m., the course was set and the climb into the “soup” started, as the complacency in the cockpit gave all a sense of well-being. Nobody will ever know if the routine nature of the task caused the crew to let down their guard and just take the flight for granted, as they climbed to cross over into the Antelope Valley through the clouds. The gray that shrouded the cockpit windscreens gave no indication of danger, so the last minutes of life would have had no occasion to cause the crew feelings of anxiety. In a split second, all would be over on a fog-covered hilltop. 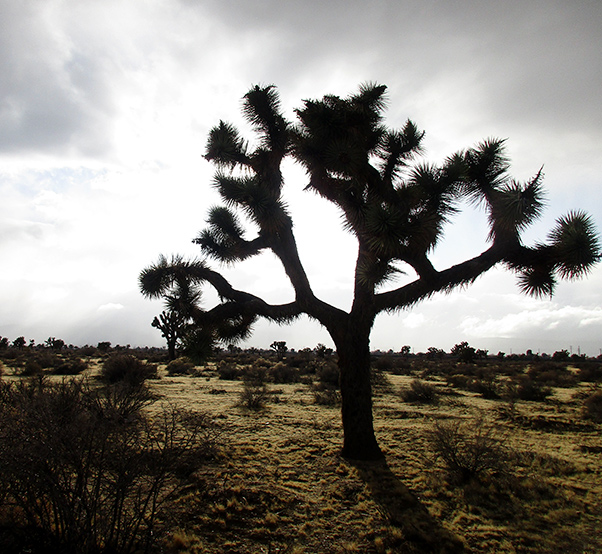 Mount Hauser had claimed four victims and a plane. A measly 50 feet was all that was needed to bring a routine mission full circle and return the crew to life as we all know it. It was just before 1:30 p.m. when the end came, and four families would never be the same. When the plane failed to land on schedule in Palmdale, a call went out on behalf of the missing craft but it wasn’t until the clouds broke later in the day that a Lockheed test pilot spotted the smoldering wreckage on the mountaintop and a search party organized by law enforcement and led by Antelope Valley pioneer William Ritter rode on horseback to the summit. Upon arrival, they found no survivors. They wrapped the victims up in blankets and brought them down to waiting vehicles that took them to a mortuary in the San Fernando Valley.

Today we look south to the towers atop Mount Hauser, as they play peek-a-boo with the clouds on cold and windy days with the Valley like they have done for centuries, never realizing the toll that those ridges have extracted in human life over the years in airplane accidents. This story is just one of many from those ridges that, thanks to better aircraft navigation systems and warning systems, has made these tragedies less likely to happen. 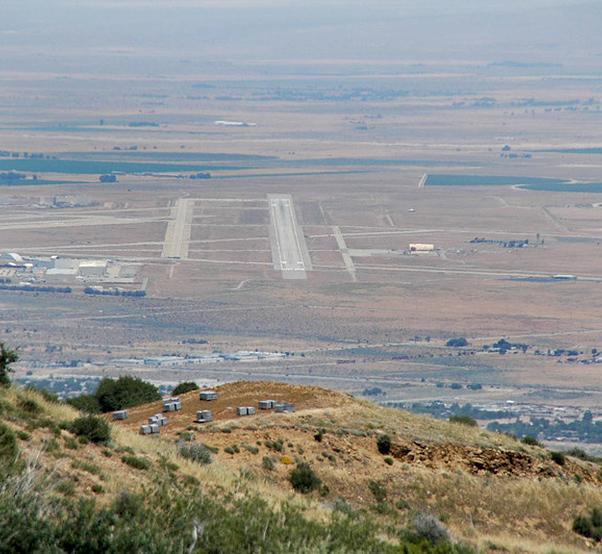 The approach into Palmdale Army airfield over Mount Hauser and what it looked like to the ill-fated aircraft.

Today many people find relaxation in hiking to the tops of our mountains around the valley and enjoying the beautiful vistas. If you are ever inclined to make the climb yourself to the summit of Mount Hauser, there is a reminder of this story for all to see. Martha Dory made the climb to the top with other family members and left behind a tribute for her guy. Spending a few moments at the location, I hope she found her peace. Today, we can also visit and respect the reverence of the location and the story it holds of the last flight, and its reminder of how quickly our fortunes can change even on a routine day. 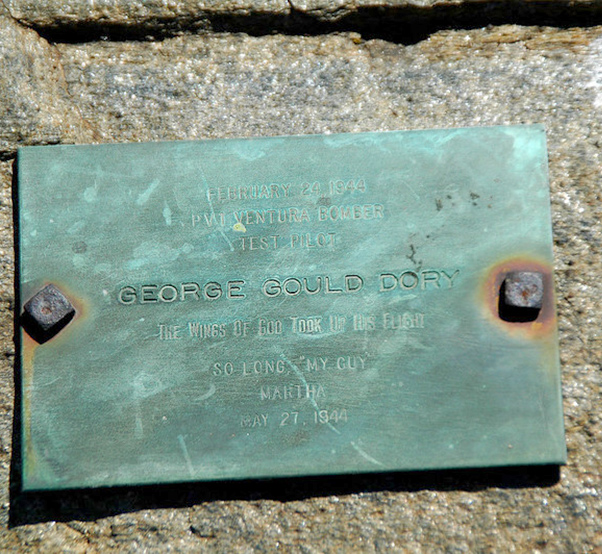 The memorial plaque on top of Mount Hauser.