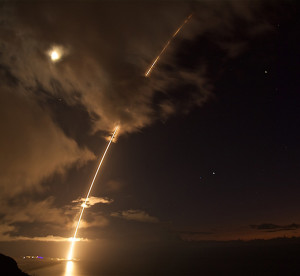 During the test, the system detected, tracked, engaged and launched both missiles to intercept a Medium Range Ballistic Missile target.

“The recent ballistic missile defense test off the coast of Hawaii demonstrates that Aegis can successfully execute complicated missions against a medium-range ballistic missile target,” said Paul Klammer, director, Aegis BMD, for Lockheed Martin. “This latest test continues to demonstrate the cutting-edge capabilities and reliability of the Aegis Baseline 9 system.”

The test, called Flight Test Standard Missile– 27 Event 2 (FTM-27 E2), demonstrated the integrated capabilities of the Aegis Weapon System and how it has continually evolved to counter advanced threats.