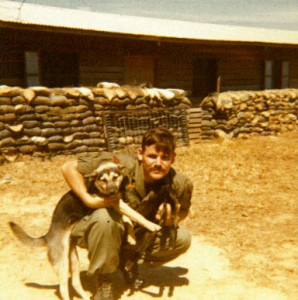 The White House announced Sept. 20 that retired Army Capt. Gary Michael Rose will receive the Medal of Honor at a White House ceremony on Oct. 23.

President Donald Trump will present the medal, which commemorates Rose’s heroic actions in Laos during a four-day mission, Sept. 11-14, 1970.

Rose served as a medic during the Vietnam War. As part of the Army’s Special Forces, Rose took part in missions in nearby Laos that were meant, in part, to engage with North Vietnamese Army troops who had amassed there, and to possibly prevent them from returning to the larger fight back in Vietnam.

Laos, a landlocked nation in the center of the Southeast Asian peninsula, shares a 1,300-mile border with Vietnam, to the east. While conflict raged on in Vietnam, North Vietnamese forces used Laos to their own advantage — forcing the American military to also enter the country at times to stop the progress of the NVA through its jungles.

During one mission in Laos, called “Operation Tailwind,” which began, Sept. 11, 1970, Rose, then a sergeant, along with one other Vietnamese medic, was responsible for providing medical care to a company-sized element of special forces troops made up of 16 American Soldiers and 120 Montagnards.

Under Rose’s care, all 16 American Soldiers returned alive from that mission, though many were injured in some way. A total of three Montagnard soldiers would be killed by the time that four-day mission had ended.

One of the most unexpected parts of that mission happened when all involved thought the task was all but over. Four helicopters had been dispatched to bring the team home from their mission in Laos.

Rose said that the entire company was able to board just the first three helicopters, leaving the fourth unused. Rose, along with about 30 others who were involved in Operation Tailwind, boarded the third helicopter to head home.

On the way back to safety, that third helicopter crashed to the ground, injuring many on board, and killing one Montagnard soldier.

Rose knew the helicopter might explode as a result of that crash. He ignored his own injuries — which included not just those that resulted from the crash, but also injuries sustained earlier in the mission from a rocket-propelled grenade — and re-entered the crashed helicopter to pull soldiers to safety.

Shortly after that crash, the fourth helicopter, which was empty, arrived to pick them up and bring them home.

Rose said he is honored to be selected for the Medal of Honor, but maintains that it is the entirety of Soldiers within the Military Assistance Command Studies and Observations Group, the unit in which he served, that the medal is actually for. 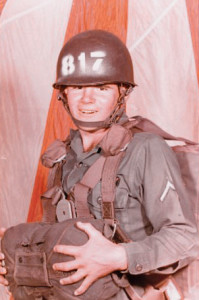 “I can tell you that our raids and our reconnaissance into Laos tied up some 40,000 to 50,000 NVA troops originally sent going south to fight American units.”

Rose pointed to the 58,000 names on the Vietnam Memorial Wall in Washington, D.C. He said he thinks there might have been more names on the wall if MACSOG Soldiers hadn’t prevented NVA troops amassed in Laos from moving south to become involved in the fighting.

“That medal, to me, recognizes finally the service of all the men in all those years that served in MACSOG. It’s a collective medal from my perspective,” he said, which represents “all the courage and honor and dedication to duty that those men served.”

Rose said he is also excited to visit Washington, D.C., and the White House, and to meet with the president.

Rose grew up in Southern California, and enlisted in the Army in 1967. He attended basic training at Fort Ord. After, he was sent to Fort Gordon, Ga., for advanced individual training, where he learned to be a mortarman. But while there, he caught the eye of Special Forces recruiters, who recruited him and later trained him to be a combat medic.

After his tour in Vietnam, Rose opted to pursue a commission in the Army. His career took him to, among other places, Thailand, Vietnam, Laos, and Panama.
Also during his Army career, he met and married his wife, Margaret. The two have been together for over 45 years now. Rose served 20-years in the Army, and retired in 1987, as a captain.